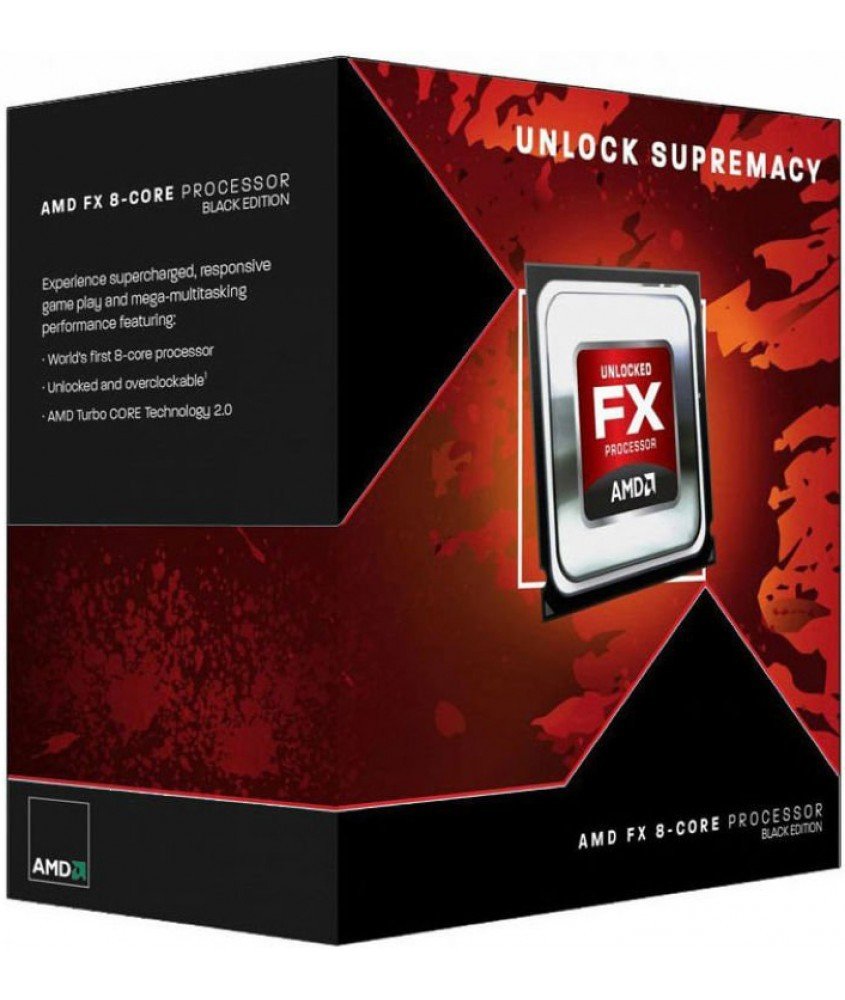 If you’ve been searching for a budget friendly processor then your search can now come to an end. I wish to introduce AMD’s FX-8350! 🙂 It’s low price mixed with the power inside is sure to surprise you at least a little bit! 😛

This 8-core beast processor over delivers on its power per dollar spent. Its 4.0 GHz speed is sure to put you in awe when you experience the processing speed of this on your PC rig. The AMD FX processors also come equipped with the AMD Turbo CORE Technology, a performance boosting technology that helps increase performance on the applications that need it the most. Only taking 125W of power, choosing this chip for your PC beast is going to have you forever remember the day you decided to go with an AMD processor. 🙂

The FX processors also come with HyperTransport Technology (HT or HTT) which is a high-speed, low latency, point-to-point connection which helps reduce the number of buses in a system therefore reducing system bottlenecks and enabling today’s faster microprocessors to use system memory more efficiently in high-end multiprocessor systems. This means more programs at one time and faster load speeds. The stress of multitasking will become a thing of the past. 🙂

Comparing this to the FX-8370 is literally pointless. Sure, it packs a little more power, but only about 7% more power. It is definitely not worth the increase of price when paying almost $100 more for it! The FX-8350 will deliver almost the exact same experience for a much lower price. When paired with something like a EVGA GeForce GTX660 video card then you will have quite an amazing performance!

If you’re looking to run games such as Grand Theft Auto V, Far Cry 4, Assassin’s Creed: Unity or Watch Dogs without having too many performance issues to worry about then I highly recommend that you go with this processor for your rig. Now this solely depends on what happens within the computer world as far and as fast as its starting to evolve, but I predict an upgrade would need to go down around mid 2016. Virtual reality is on it’s way to being fully implemented to consumer use and I imagine it’s going to take a load of CPU power along with GPU power to be able to run at high resolutions!

I’d imagine that the FX-8350 will be able to handle the processing power required for the entry level virtual reality games but only when PC gaming and virtual reality collide and evolve together will we actually know what it takes to be apart of the virtual revolution aspect of gaming.

So what do you guys think of the FX-8350? Is it the best processor for PC gaming in your opinion?