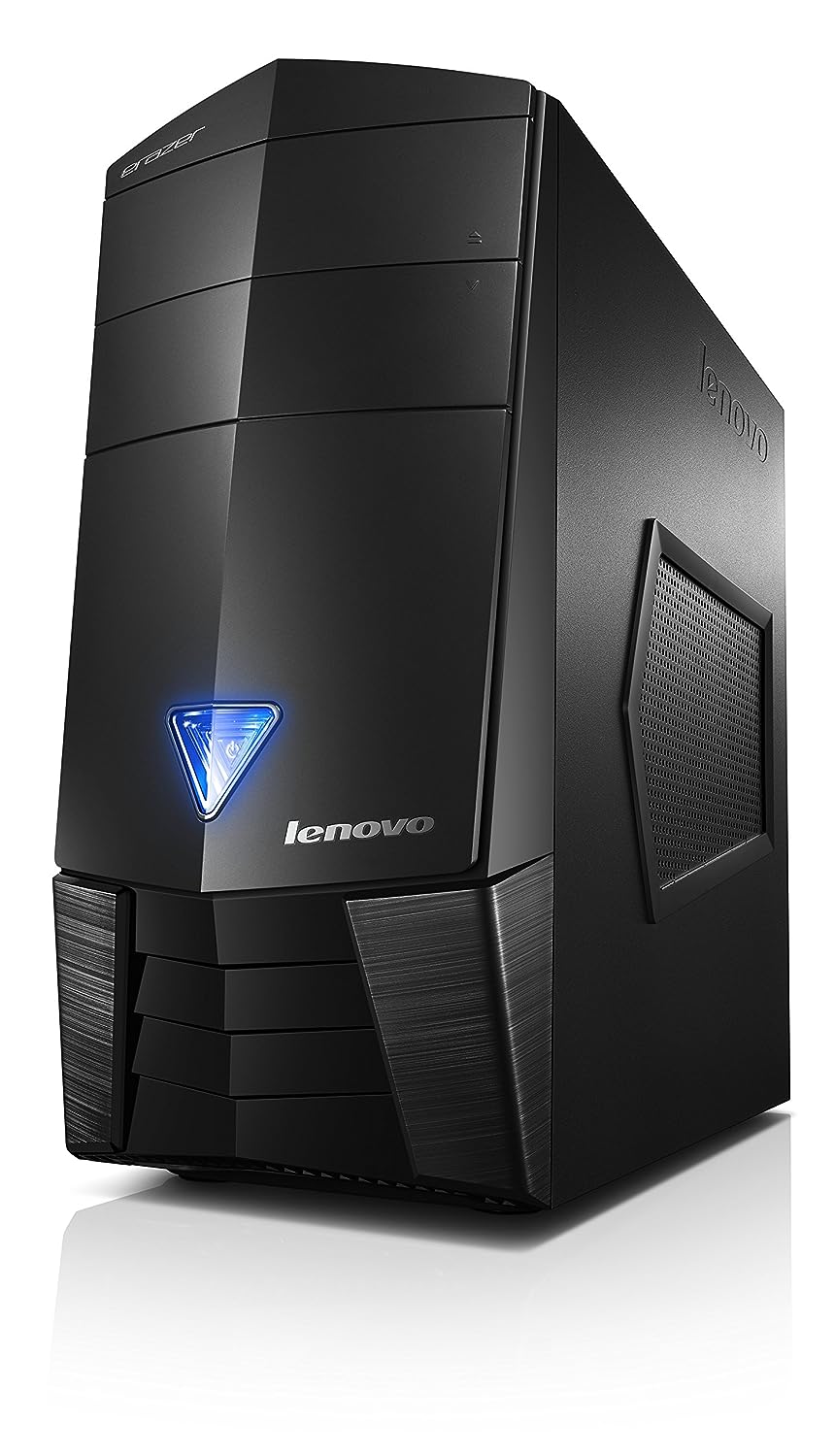 The Lenovo x315 is a pre-built entry level gaming desktop that will indeed run some of today’s awesome games pretty well. Though I will always recommend building your own desktop to ensure you get the most bang for your buck, this computer is actually worth the cost since it’s ready to go out of the box with Windows 8 already installed!

There are a lot of harsh reviews out there about Windows 8, but I can ensure you that Windows 8 will actually run games and PC gaming services better than previous versions of Windows. You can expect services like Steam, Desura and Origin to run pretty smoothly on Windows 8.

Some examples of games that the Lenovo x315 could run well would be games like Skyrim, Dead Rising 3, Far Cry 4, Grand Theft Auto 5 and Chivalry: Medieval Warfare. I would avoid trying to run Assassin’s Creed Unity simply because Ubisoft has screwed pretty much every PC gamer because of their hefty system requirements. 🙁

This gaming desktop is equipped with an APU A8-7600 Quad-Core processor. This processor is pretty good considering the price of this computer and having it already built for you.

How About The GPU?

This combined with the AMD processor is sure to give you an awesome entry level gaming experience! If you’re afraid of building your own computer (which I HIGHLY recommend you do because it’s really not that hard after watching this video) then this would be a great computer to buy.

Down the road you can just upgrade to better hardware if that’s what you’d rather do! 😉

I call this an entry level desktop because I would highly recommend upgrading some of the hardware inside just to make sure that the computer would be future proof.

This desktop already comes with 8GB of RAM and a 1TB hard drive so the only components that you would really have to upgrade would be the graphics card and the processor. If you were to buy this desktop, then you should probably decide to upgrade in mid 2015 simply because we are starting to see an abundant amount of games increase their system requirements to run them.

RAM (random access memory) basically helps with running multiple programs/games. If you like to listen to music through YouTube or anything else while gaming then 8GB RAM is really all you need. We won’t be seeing an increase in RAM requirements for a little while yet so this desktop is certain to be quite future proof as far as RAM goes.

The 1TB hard drive is great if you plan on downloading a lot of video games, pictures and movies. I have a 1TB hard drive in my current PC and I have had it for over a year but I still have 300+ GB left worth of space! (Over 100+ games installed, movies etc.)

To conclude, if you’re looking to buy a gaming desktop without having to take the time to build your own then this PC is going to be perfect for you. As I said before you’re going to want to upgrade some of the hardware inside down the road, but this is extremely easy to do and it really won’t cost you too much when the time comes to upgrade! 🙂

Also, if you are going to go with this desktop then get the 90AY000AUS version simply because the other version is about $200 more expensive but it runs just about the same as the version I am reviewing.

All in all, this is an entry-level gaming PC that’s capable to do some gaming, but not every level of gaming will be possible.

You’d be better off building your own PC around this budget point.

So, what do you guys think of this Lenovo x315 review?

Are you going to grab this PC for yourself and enter the world of PC gaming?