Nvizzio Creations is going to make creating/building custom rides in Roller Coaster Tycoon World absolutely awesome. This is due to the new design method that is going to be incorporated into the PC game. 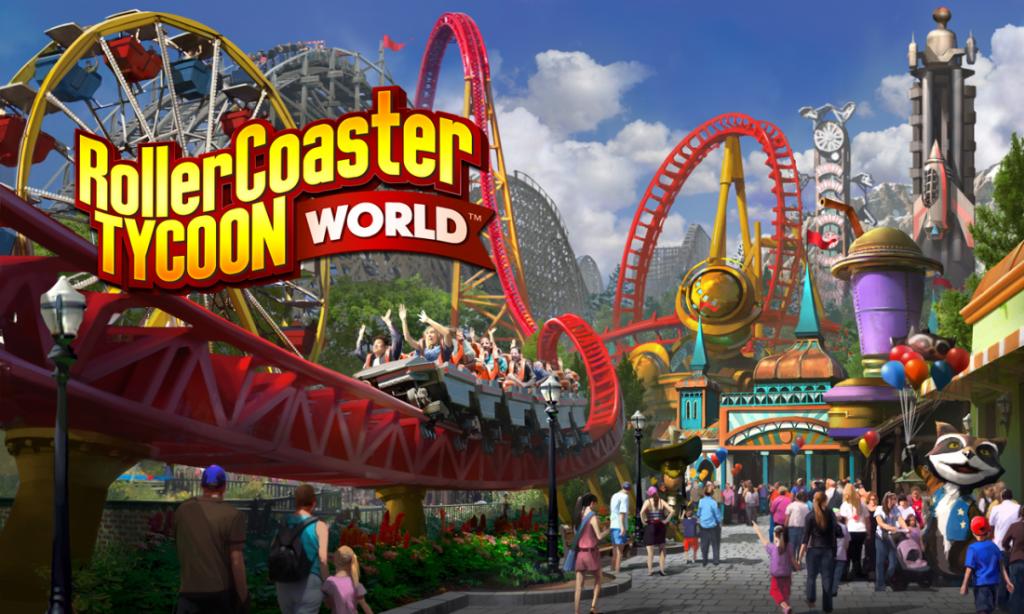 Honestly, I really think that this game is going to deliver on its promises of being a RCT game that all fans alike will look forward to. All they have to do is see what they did wrong with RCT3 and base this new one off of the original games and it’s looking like they are doing exactly that, and then some.

My favorite parts about the originals RCT games was the feeling of really owning a theme park that the visitors loved. I always liked being able to click on different people or “peeps” to see what was on their mind and what they were thinking about the park that I was building.

The dev team behind RCTW seems to keep these types of features in mind as they’ve been working pretty hard to make this a great installment to the Roller Coaster Tycoon franchise.

To get the best idea of what I’m talking about here then you should check out the behind the scenes video that they actually just released today, the process of creating a roller coaster looks amazing and unique for sure!

Go Behind The Scenes In This Video

The team seems extremely dedicated to making sure that this game is one that is worth playing if you were at all a fan of the original RCT games.

I sure will miss having the original graphics of the game but I suppose, it is high time for the next gen graphics. Nvizzio Creations is taking full advantage of the processing power that they have available to create not only a great looking game but a RCT title that’ll be worth playing over and over again.

They’ve been working on this title for quite a long time. PC game devs these days need to take note of what these guys are doing. When devs take their time to create something awesome, it usually ends up coming out fantastic in the end.

The graphics will be something to sort of get used to for me personally because I’ve never jumped into RCT3 because of the abundant amounts of bad reviews both from the internet and from friends about how they didn’t really execute it in the right way.

I feel different this time around and I think I’m going to be picking this game up to write an in-depth review of it when it releases, which is supposed to be around the end of this year.

What Are Your Thoughts?

Are you a fan of the original RCT games?

Do you think that these devs will be able to do it right?

Based on that video above, I personally think that they are going to take the RCT franchise to new heights with this new installment. I’m interested in what you guys think though!

Let me know what you think in the comments area below! 😀