Are you a fan of the good ol’ PC game Stronghold Crusader? Well there is a HD version of it available on Steam and I’ve been playing the crap out of it lately! 😀

If you’ve never heard of Stronghold Crusader before then trust me, you’re missing out on one of the best PC games ever made. It’s definitely a classic!

This Is Probably My Favorite PC Game Ever

This game came out on July 31st of 2002 and it still remains as my all time favorite PC game.

Seriously, I remember playing this for hours on end when I was younger. Back when CDs were the main distribution for PC games I remember that you could install this game on your PC and then you could still play it without the CD in the drive. It was one of the only PC games that I played that was able to do that so I’d install it on all of my friends PCs for them because I felt like everyone should have played it and I still feel that way to this day! 😛 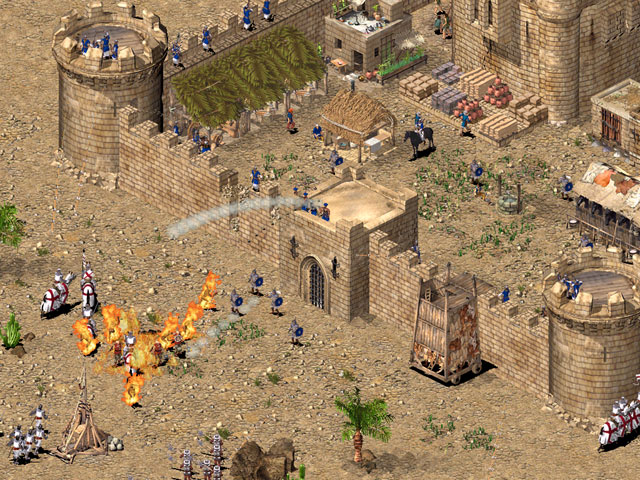 Stronghold Crusader is a real-time strategy game that takes place in the medieval times. You’ve got to build and maintain a balanced economy while also planning your way into infiltrating an enemy’s stronghold to kill the king in the keep.

If you don’t have your economy set up optimally then your citizens aren’t going to be happy with you and they’ll start leaving your kingdom leaving you helpless when it comes to trying to build an army.

I usually concentrate on the essentials at the beginning of a new match, I always lay down the granary first so that food is in stock right away and then I make sure that I have a marketplace ready so that I can sell and buy resources as I see fit.

Being able to create an economy that generates wood, stone, iron, apples, bread, cheese, weapons, wheat, ale and a bunch of other resources is how you’ll be able to obtain gold and to create your army. You’ve got to sell goods or tax your people to a certain point where they’ll still like to live in your kingdom because of you gold or religious practices and then it’s off to storming enemy castles.

Attention To Detail And Simplicity

This is my favorite not only because it’s the game that I have made the most memorable memories with but it’s also because of how much attention to detail there was behind the development of the game overall.

You’re able to go through a historical campaign that follows a story line, you can go through these trials of different scenarios that the dev team put together to challenge your skills and there is also a mode where you can make your own custom skirmishes against players. 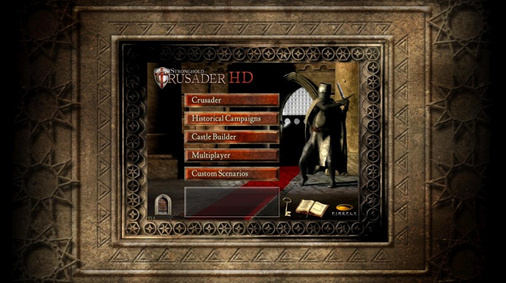 There’s a multiplayer option but if you want to play online then there is a 3rd party program that you’d have to download called Game Ranger. I’m not sure if you guys remember GameSpy or not but those were the services that the game used to use to have online servers but GameSpy stopped their business a while ago. The Game Ranger program still has a community of players dedicated to this classic though!

When my close friend is in town we set up multiplayer matches against and/or with computer players through LAN. We plug an ethernet cord from his laptop to my desktop and connect that way, it’s an absolute blast. The last time we did that we had about 8 hours of gameplay in one night and a partial morning. That’s why I absolutely love this game.

Even though it was made in 2002 it will still remain as a game that I can always fall back on and play over and over again.

Hours And Hours Worth of Gameplay

After you play through the historical campaign and if you can manage to beat all 100 trials in the game then you’re still able to have unique experiences through creating custom skirmishes of your own.

There are 16 different enemies to play against/with and each one builds a unique castle, army and economy system.

One enemy might focus on selling iron while creating an army of arab soliders while another might use the iron to create maces and swords for macemen and knights. You can set up teams, play on a bunch of different maps and experiment with each one.

There’s also the option of downloading a bunch of custom maps that the Stronghold community has made over time. There’s a website called Heaven Games and there are a bunch of custom maps ready for download there. Putting them into the game is a simple drag and drop process, there’s a tutorial on the site there to see how to put them into the game.

With that, that also means you’ve got the option of creating maps yourself within the game. There is an in-game map creator which allows you to create the terrain, animal spawns, keep placements and other stuff as well.

Recently I’ve been wanting to dive into creating a balanced map that would be fun to play with my friend over LAN with the computer lords having the upper hand since we’ve played the game for so long, it’d be cool to create a bit of a challenge for ourselves!

All of these options were made available since launch. The only addition to the HD version has been being able to play up to 1440p resolution instead of the old maximum resolution of 720p and they added 8 more enemies than the original, they added the bottom row of the image above that shows all of the lords.

Have YOU Played This Before?

I’m curious, how many of you have played or still play this game? I actually play it pretty often, I’m currently trying to get through the first original trials and then I plan on playing through the newer trials that HD added in which is 50 more! 😀

There is a sequel to this called Stronghold Crusader 2 which released in 2014. I read some reviews saying that it’s bad but whenever I watch gameplay of it, it looks like it’d be a fun and new experience. I’ll probably pick it up soon and you’d best know that I’ll be writing a review of it if/whenever I do get around to playing it. 🙂

I’d love to share some screenshots but unfortunately Steam overlay doesn’t work with this title. Not sure why, but I haven’t been able to get it to work. Thankfully the Steam Controller’s default settings still work great for playing this!

Or maybe you’ve never played it? If you haven’t then I really do recommend that you pick it up, watch some tutorials on YouTube and play it! If you’re a RTS fan then you wouldn’t regret it at all.