Mix Left 4 Dead, randomly generated caves, resource gathering and dwarves and you get Deep Rock Galactic. If mining, shooting alien bugs, drinking ale and dancing with your fellow dwarf brothers sounds like a good time then this is the game for you.

What Is Deep Rock Galactic?

In a nutshell, Deep Rock Galactic is a mixture of Left 4 Dead and mechanics borrowed from games such as Minecraft and Team Fortress 2.

A bit of Left 4 Dead is in here because there are random waves of alien bugs that swarm in to try and kill you as you delve deeper into the mines.

There are some Minecraft mechanics such as the entire mine being able to be destroyed and that each mine is different every single time. There is no play-through that will play the same, each mine is procedurally generated.

Then Team Fortress 2 comes in with being able to pick different classes that have different weapons/abilities.

For example, the gunner has a minigun that spins up and shoots fast much like the heavy class in Team Fortress 2.

Honestly it’s a great mixture of mechanics and you can tell that it’s inspired at least by the games I mentioned.

Overall, the point of the game is to go on these random missions to collect specific resources or to extract bots and make it back to your team’s drop pod safe and sound.

After successfully completing missions you’ll earn credits and what not to go towards cosmetics, perks and equipment upgrades.

You can increase the complexity, length and difficulty of each run to make it more interesting – hence the need for equipment upgrades and adding perks to your dwarf.

In Deep Rock Galactic you pick which class of dwarf miner you’d prefer to enter the mines with.

There’s the Gunner class which is equipped with a minigun, revolver pistol, a zip-line gun and a shield generator. His weapons deal the most damage compared to the other classes and everyone can use the zip-line that is made from the zip-lines he makes. The shield generator creates a bubble shield that will protect everyone inside of it for a short period of time.

The Scout is the class I mainly use. He uses an assault rifle, a dual barrel shotgun, a grapple gun and he can shoot flares that last long. The AR and shotgun combo isn’t the greatest when it comes to combat but he moves faster and it able to grapple up to areas. He also creates a TON of lighting which is essential while in the mines.

The Driller does exactly what you’d expect him to do – drills through the mines. He also has a flamethrower, a pistol and C4 charges. The drill mines a lot faster than a pickaxe and the flamethrower actually does pretty well in combat. Combine it all with C4 and a backup pistol and you’ve got a viable class that’s always useful. 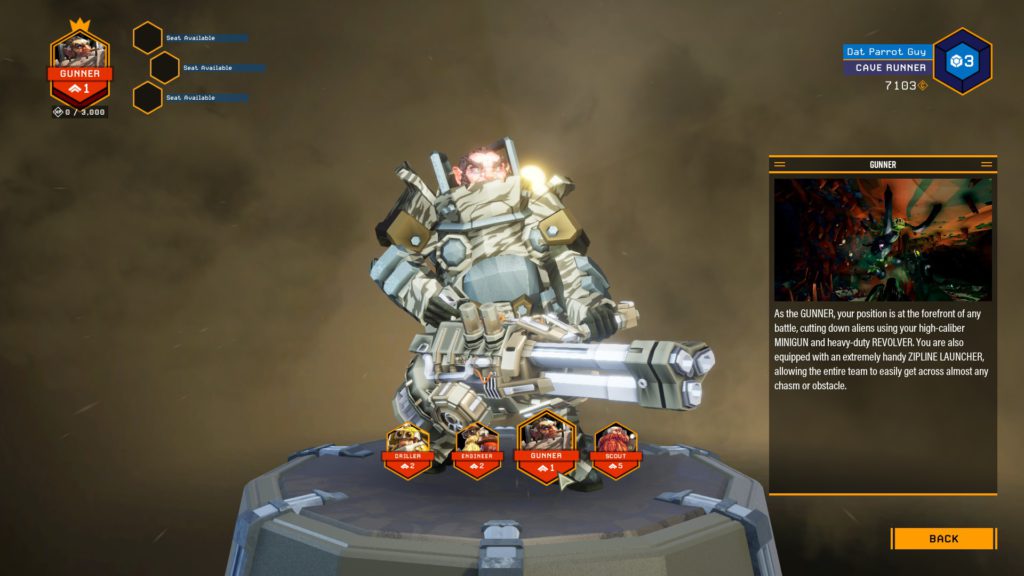 You level up each class separately and you can customize them however you want. You can unlock many perks as you progress through the game. Some examples would be being able to revive teammates faster or not taking as much fall damage.

At first you’ll only be able to equip one perk at a time but there are ways to be able to increase the amount of perks that you can have equipped. As you progress you’ll unlock more biomes, harder difficulties and more complexity to each run of the mines.

Oh! I almost forgot the most important part. After a good long run you can kick back and relax with a nice cold ale with your friends. Or maybe you feel like dancing… it’s up to you. ROCK AND STONE.

Customization is my favorite part of any game that I play so I was happy to see that I can customize the dwarves however I see fit in this game.

From the armor, to the type of beard, which mustache, sideburns or eyebrows you want… There’s a little bit of everything.

A dwarf’s beard and brow type is essential. You have to make sure you’re looking bad ass with your fellow brothers before venturing into the danger and darkness.

You can also customize your weaponry and gadgets. You can upgrade your gear and there are also a few weapon camos that are available after unlocking them.

There are plenty of different play styles from the class you pick to how you modify your gear. That’s what really makes Deep Rock Galactic have a high replay rate as well as keeping the fun going.

Since it’s different every time you play, there are infinite missions and many ways to do those missions!

This has been in early access for a little over a year now and there have been plenty of updates since it first came out in early access on Steam. There is plenty more to come in the near and far future as well.

Below is the official roadmap image that the developers shared with the community.

I’m really looking forward to more character classes, boss battles, more customization and different types of cave generation. There are already a decent amount of cave types and biomes and it’ll be awesome to see what other ideas they have going forward.

These graphics and the overall art style has somewhat of a Team Fortress 2 feel, at least in my opinion. It has it’s own unique twist to the “cartoony” style and with this style comes amazing performance.

Downloading the game doesn’t take long since it’s only 2GB and I’m sure that the optimized textures are a big reason why the files are so compacted!

Here are some screenshots I took while in-game with friends and with randoms! 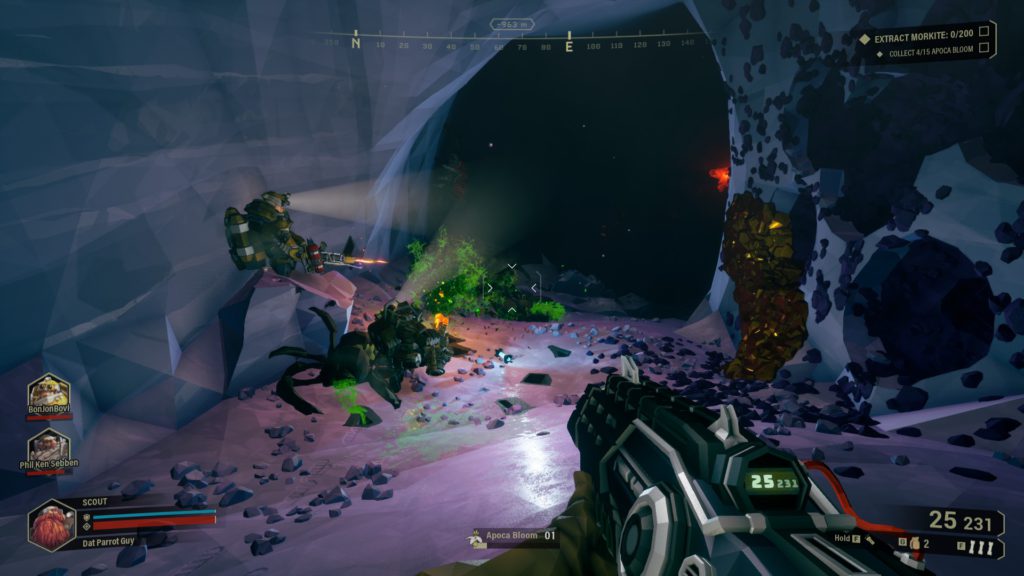 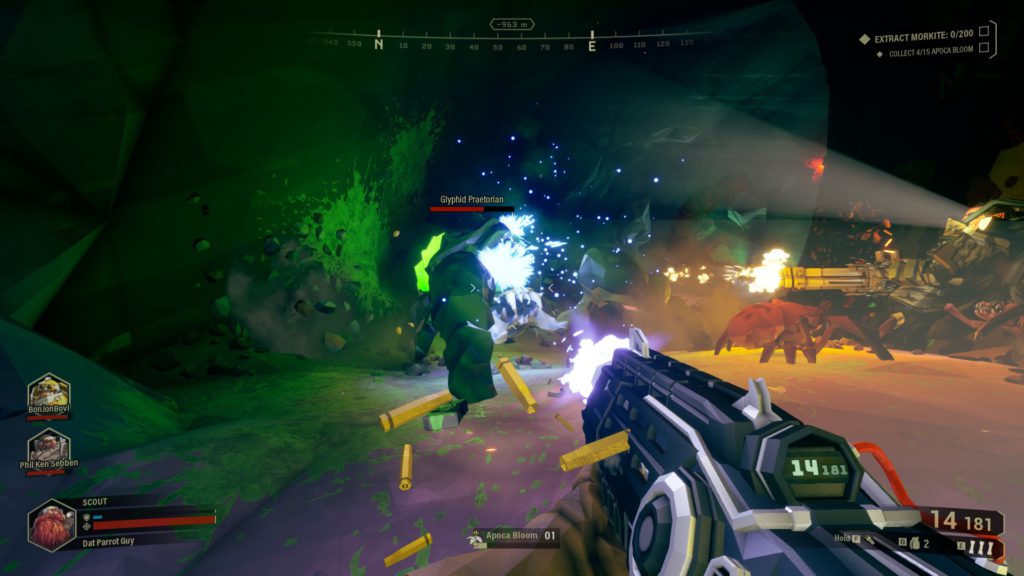 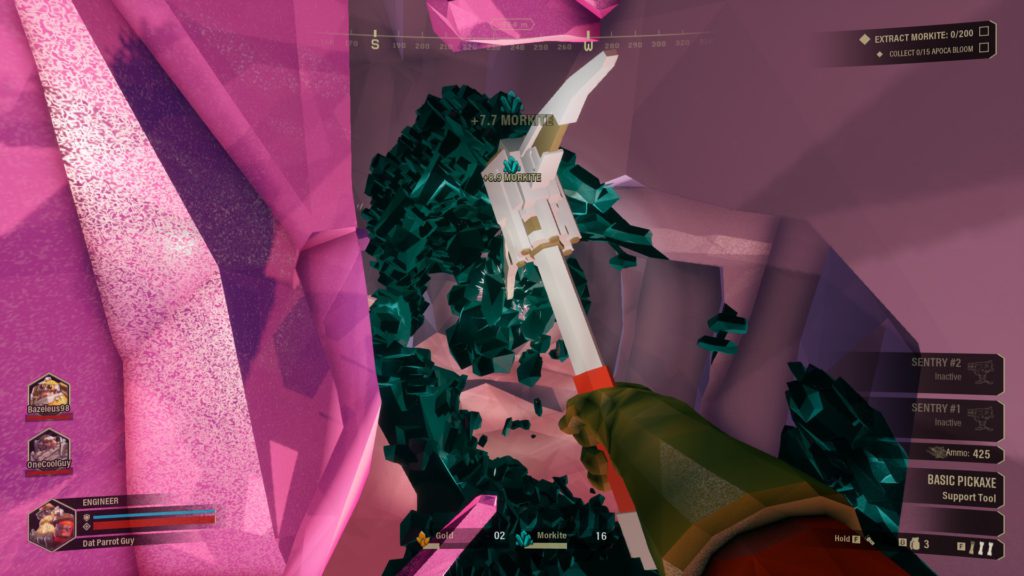 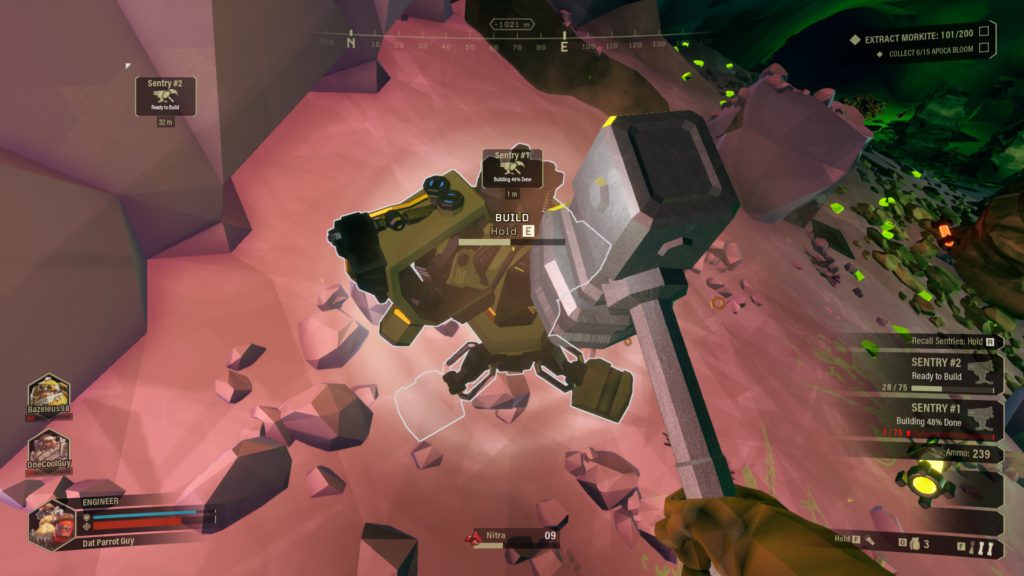 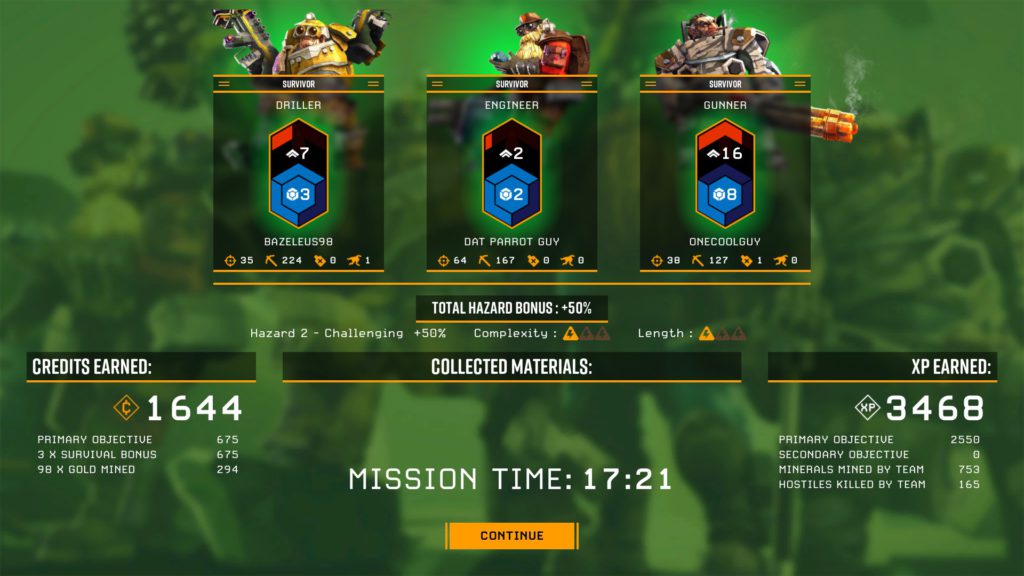 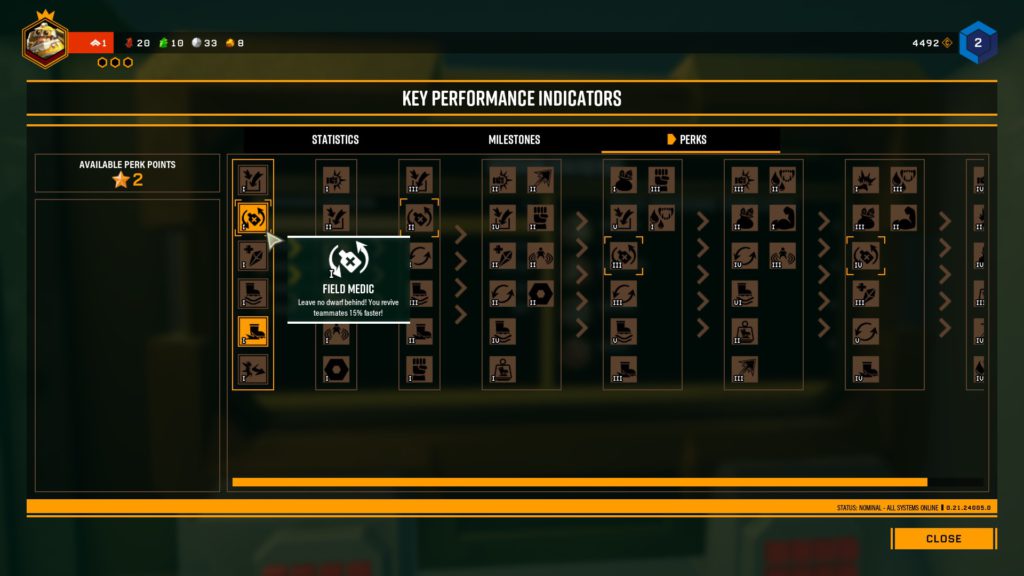 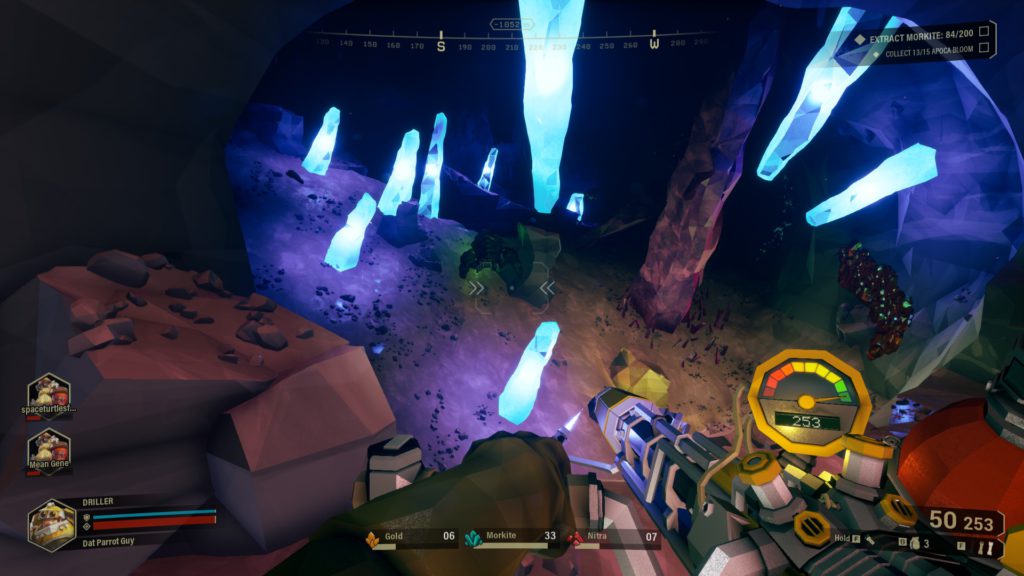 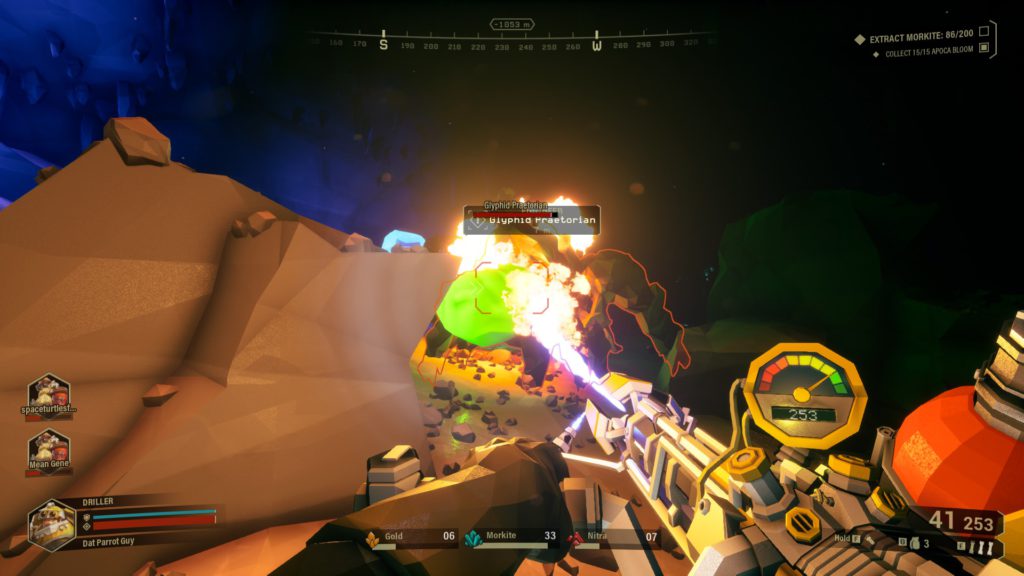 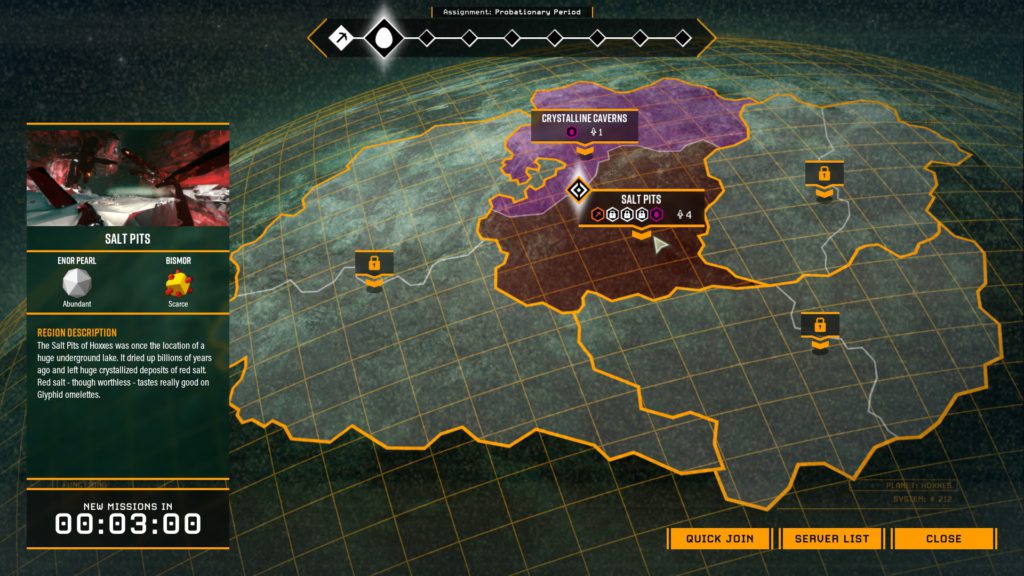 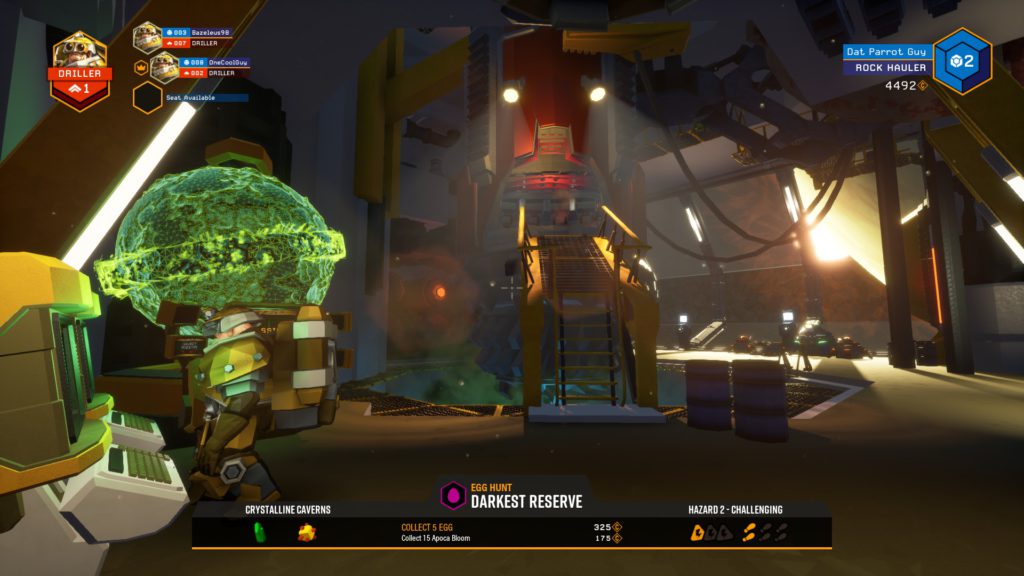 Personally, I love simple graphics like this. It makes overall performance very smooth and it allows for more overall gameplay mechanics to be possible. As long as the dwarves keep looking awesome, I’m good to go.

Is This Worth Getting?

If you have at least a couple friends to have 3-player lobbies and you absolutely love co-op shooters such as Left 4 Dead then yes – I’d say that this is a must-have if that’s your type of game.

As far as in general… that depends. This game is possible to play solo, they give you a little drone that you can upgrade that way solo plays are still possible but this game is best with others, especially with close friends.

If you like playing with randoms then I’m sure you’ll find some dedicated players that’ll continue playing with you. Otherwise I’d wait to see if you have some friends that are also interested and if so then get ready to have a hell of a time.

So, what is your favorite part about Deep Rock Galactic?

Do you think you’ll be getting it?

2 thoughts on “What Is Deep Rock Galactic? The Co-Op Dwarf Shooter”