Absolver just came out a few days ago and you’re probably wondering, how is Absolver? Does it live up to all of the hype? This is my overall experience so far.

I like to think of Absolver as a mix between For Honor, Dark Souls and Street Fighter. There are a lot of games that are compared to Dark Souls these days but the gameplay is actually pretty similar, you can tell that it was inspired a bit by Dark Souls.

The fighting system is the core gameplay. There isn’t much here in terms of story, the main focus is the gameplay. Basically you’re chosen out of fighters in training to begin the adventure of becoming an Absolver. You do that by climbing the tower of Adal, defeating the marked ones and proving that you can become a full-fledged Absolver.

This fighting system is very unique, I have never seen a system like it. You combine different moves in different stances however you wish and you learn moves as you go.

To learn new moves you need to fight against AI/players and be guarding against the move that they’re hitting you with. You’ll slowly learn the move that is being used against you that way.

You combine your moves in a combat deck and use whatever works best for you. You’re basically doing a build of whatever type of fight style you want your prospect to have.

As you can see in the above screenshot, my first move starts in the upper right stance and ends in the upper left. I can then combine a move there to end in whatever stance I want.

Every stance has different moves to it. It’s a simple concept but it takes a while to master what works best for your build. There are some moves that can’t be interrupted, some moves that’ll break a guard and others that are able to avoid moves that hit higher/lower.

Coming up with a combination and practicing it to a fine tuned point is a lot of fun! Then there is also the stats system. Each prospect has attributes of Strength, Dexterity, Vitality, Endurance and Will. 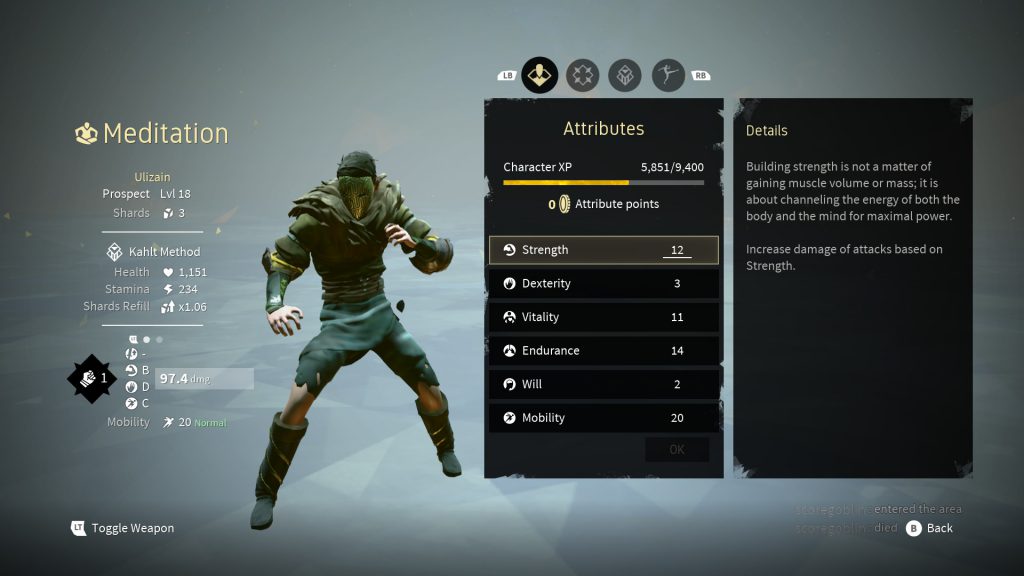 Strength is the main attribute for how much damage you can do. Dexterity also increases damage slightly but is more focused on the speed of your attacks.

Vitality is your overall health, Endurance will increase your stamina and Will affect how fast you’re able to recharge your shards.

Shards allow you to summon a weapon or use a power. Over time your shards refill so you have to execute your powers in a timely manner.

When it comes to weapons, you have combat decks for them as well. The sword has a bunch of moves that’ll move you into different stances, just like standard hand-to-hand combat does.

This combat system goes a bit deeper with metrics and what not that I’m still getting to understand. I’ve gone through one full area so far and am still trying to extend myself into other ways to fight.

Customization is one of my favorite parts of any game. If a game involves me being able to make my character my own then I’m more inclined to want to check it out.

The customization in Absolver is pretty good. Each piece of equipment has its own look and you’re able to combine different pieces to look unique. 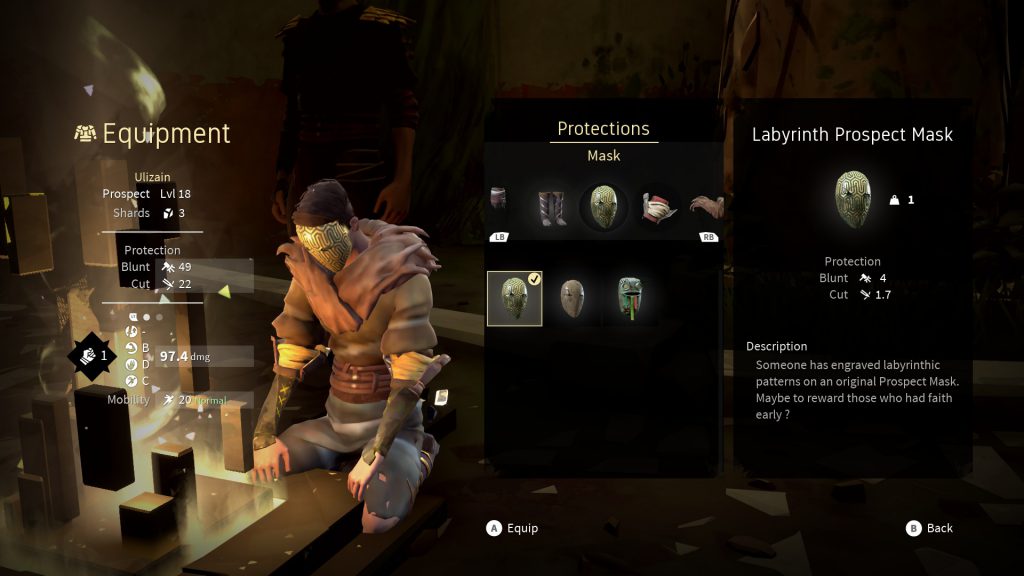 Each type of equipment has its own stats as well. It helps protect you against cut/blunt damage, gives you more or less overall mobility and obviously changes your look.

You find equipment simply by going through the different areas and fighting enemies. Sometimes they will drop a random piece of gear.

You can also find gear hidden in certain areas covered in rubble that you interact with to obtain it. I’m sure there is a plethora of different mask designs and I’m looking forward to finding most of them!

There are also a lot of duplicates that you’ll find but this gives you more options for colors. Duplicate pieces of gear have the exact same stats, just has a different color to it.

Equipment is also a vital part to your build. Right now I’m trying to have my character be a hard hitter that has lighter armor so that I can move around faster with those hard hits.

PVP/Coop is one of the best parts of the game and is definitely the main focus. Players naturally spawn into each area, much like how it works in Dark Souls.

Some players will declare a fight with you which forces you into combat with them. You won’t be able to leave the definite area until the fight concludes. Some players will also do some emotes to show you that they want to join up with you to fight through some of the areas for PVE.

I once ran into a player that was struggling against three AI enemies. I ran up and helped him out and afterwards we bowed down to each other then joined together in coop to defeat the boss in the area.

Another time I declared a fight against someone and after I beat him I decided to revive him and request coop. He joined me and we fought together for a while.

There are also PVP trials that you can get into which puts you into 1v1 battles in different arenas. This is where you can test your skills for sure.

As you go through trials you’ll level up your prospect more as well as leveling up in the trials which will allow you to create your own school. I’m still not entirely sure what it means to join/start your own school but I’ll grind through these trials to see anyway, it’s a lot of fun going against other real players!

I took the time to take some screenshots while I was going through the beginning of the game. Another cool part about Absolver is that there is no linear path to take, you can take on any area at any time. The enemies level up with you so these aren’t really “spoilers” at all. 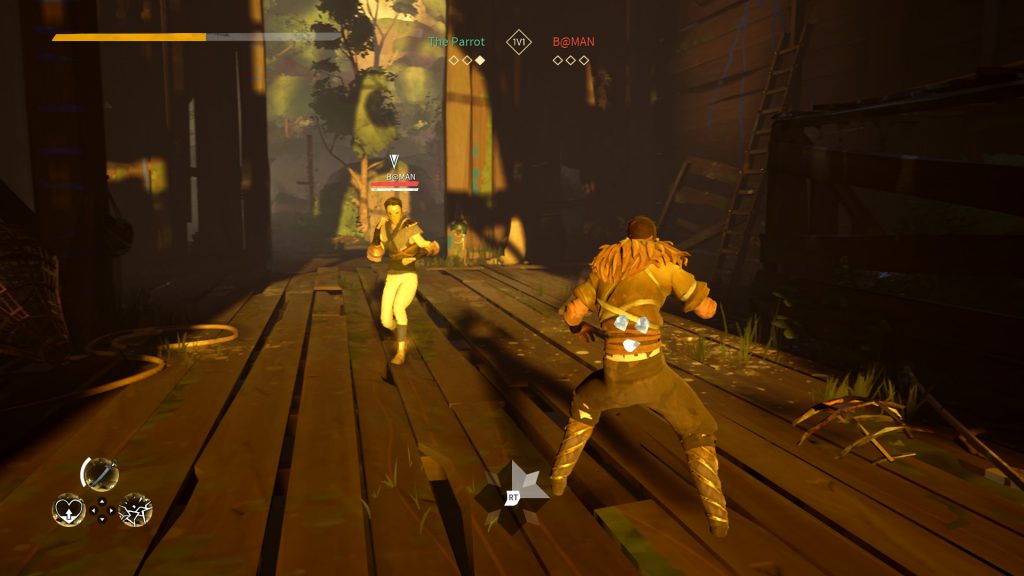 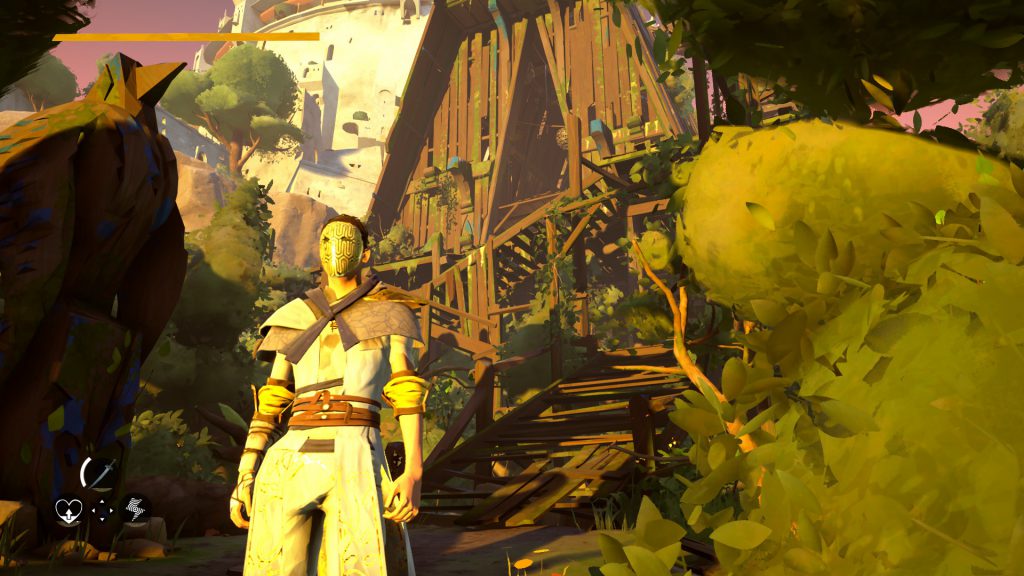 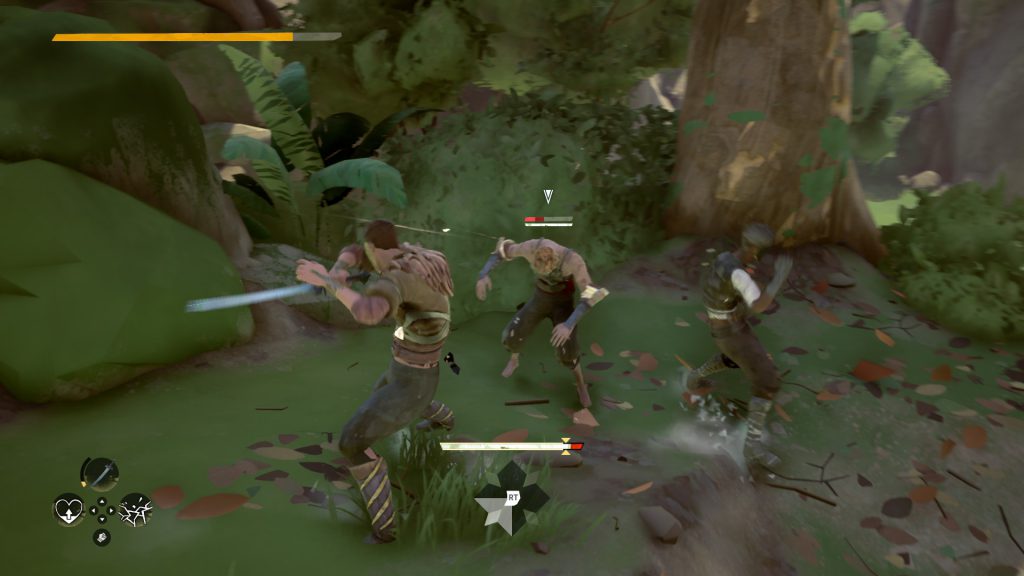 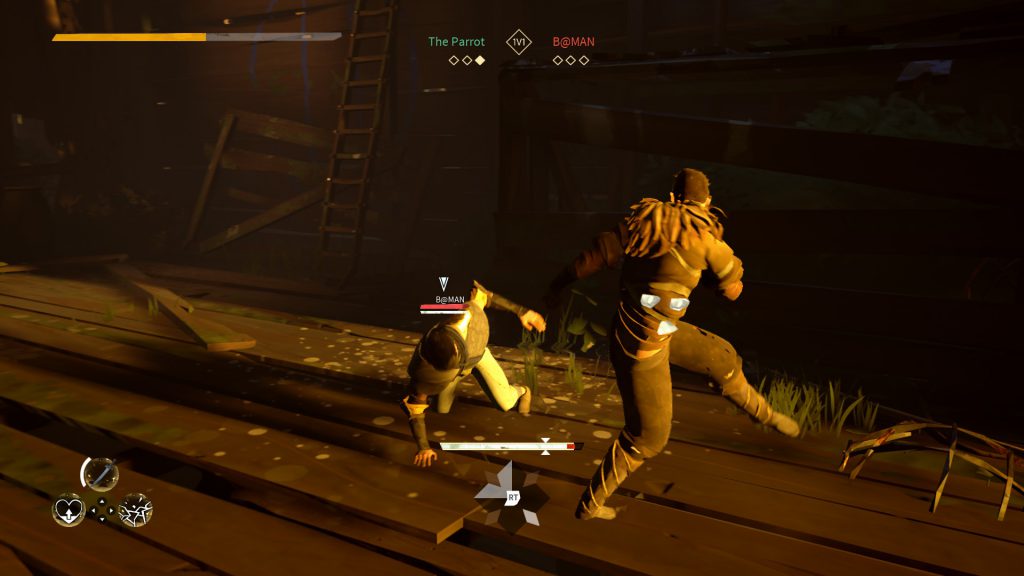 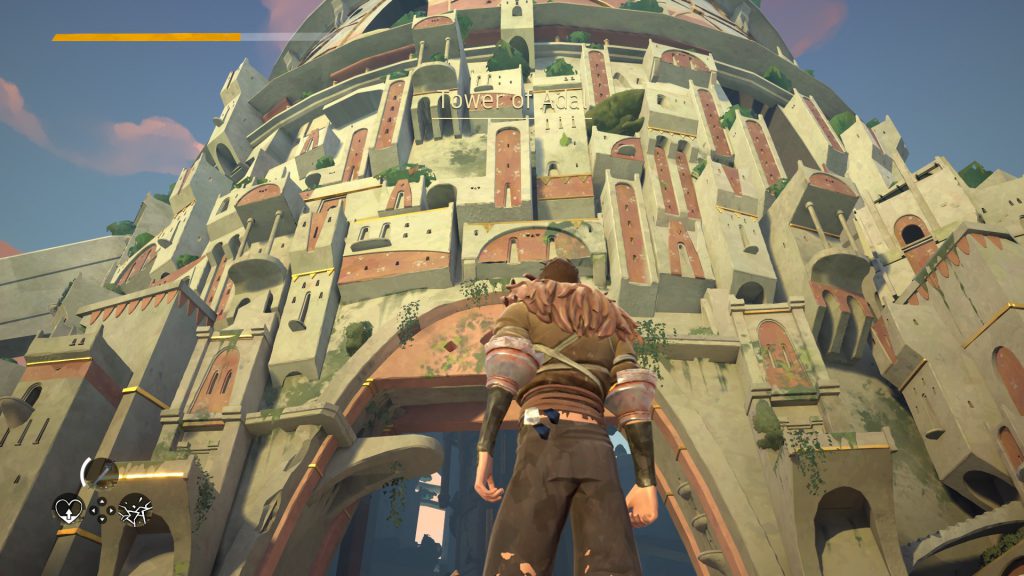 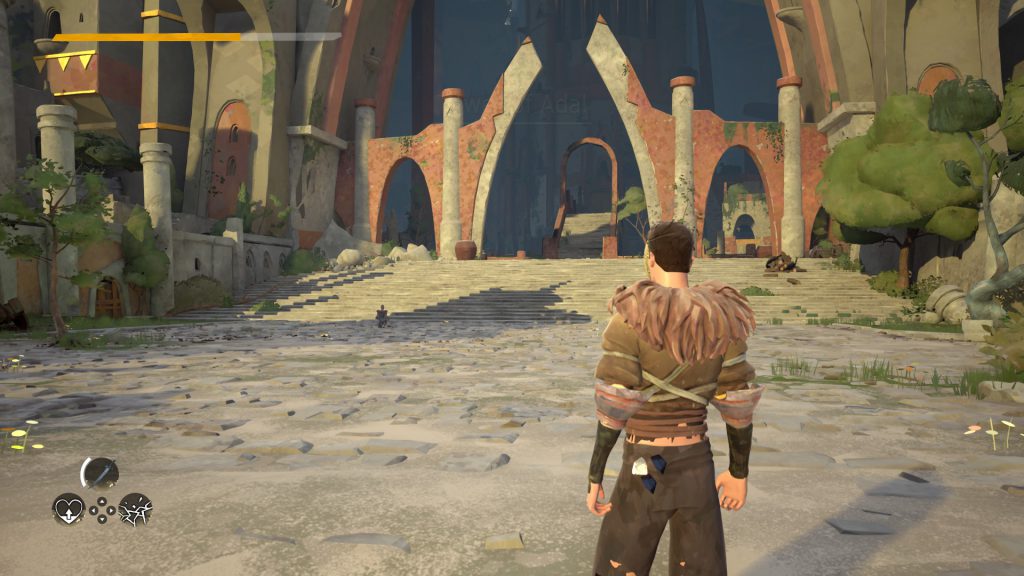 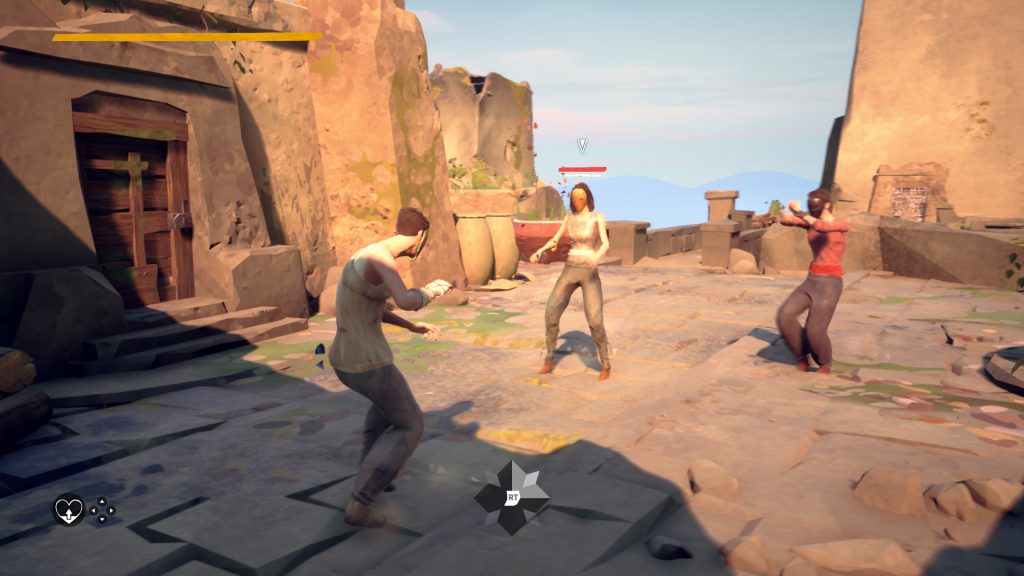 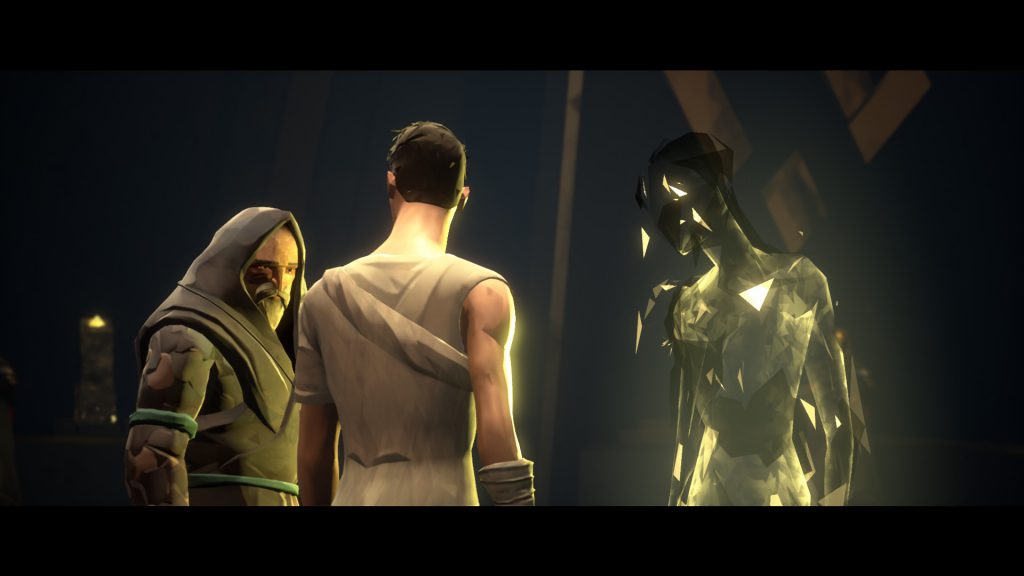 All in all if you’re into RPGs and fighting games then this is a title that you should at least try out for yourself. The combat system is pretty deep and it’s fun to level up your prospect and find new gear. PVP is the focus here and combining different moves to create your own fighting style is one of the more fun aspects.

If you’re looking for a deep story and getting immersed because of the story then you’re not going to be too impressed. The only story element is that you’re a prospect on his path to becoming an Absolver by fighting your way to the top.

The developers have said that they are going to be adding more content as they move forward with the game and since I’m a fan of fighting games and RPGs I’ll be playing this quite a bit! I look forward to future updates for the game.

So, have you played Absolver?

Are you going to be getting it? What’s your favorite part about it?