I planned on writing separate posts for each day I experienced at BCX but I figured that explaining each day in one post would be more optimal.

So here you are! This was my first time going to a gaming expo/tournament and it was definitely worth going to! 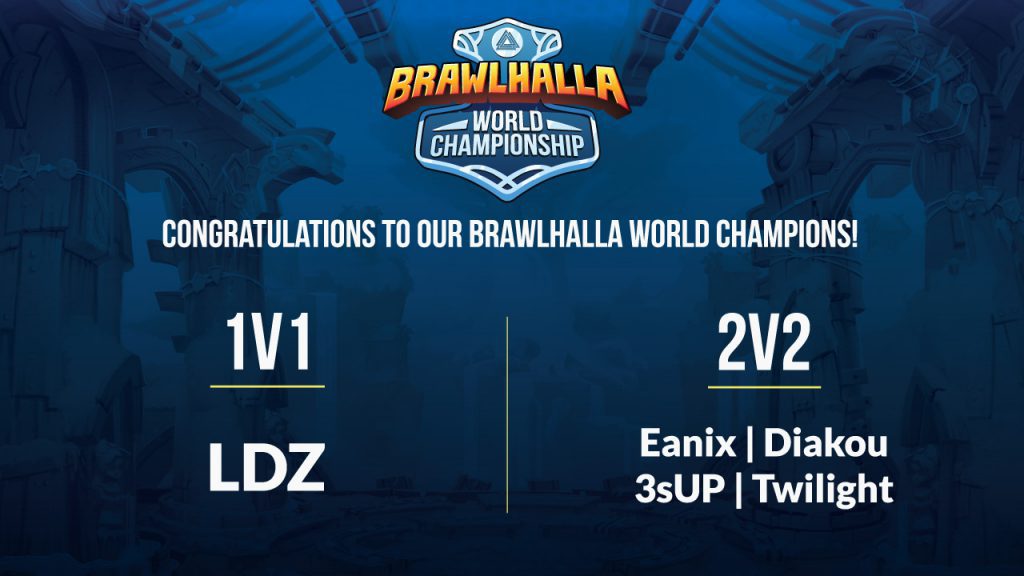 The first day was an awesome intro to everything. A friend of mine that I met through Brawlhalla picked me up at the Atlanta airport. We went straight to the hotel to drop some stuff off and then we didn’t waste any time getting to the galleria for the pre-party.

The pre-party was pretty cool, they had a clan battle to get the ball rolling a bit for the coming days and then there was also a “streamer” match where two of the top community streamers played against each other. I don’t think there was any reward for the clan battle, it was for bragging rights.

My friend, the one I met through Brawlhalla, was one of those streamers! Take a moment to check out his stream, his stream is called LiveWithShade and I’ve had so much fun playing with the community through his stream!

I’m on that stream here and there to support and of course for when it’s time to get a bunch of brawling in, it’s always a good time on that stream.

The other streamer is Diffensive. He does streams but he also has plenty of YouTube content. He actually did a vlog for BCX and so I’ll embed that here so that you can get a visual of what the pre-party area was like and some other stuff as well!

It was pretty awesome meeting him, Shade and all of the other people I’ve played with. Playing Brawlhalla at a bunch of different casual stations was a lot of fun and it was cool meeting new friends that all have the same love for the game.

That’s really what the first night consisted of – playing a bunch of casual games and meeting some devs. The devs were super nice and laid back, open to talking about whatever really. I grabbed a couple of drinks with these guys and one of the devs and talked a bit about the game and just life in general. The community is so awesome with Brawlhalla!

The first night all in all was an intro to meet some of the people I’ve met online while being able to test out the new character that came out yesterday. It was awesome!

The 2nd day was where we were able to get inside of the big room where all of the action was at. 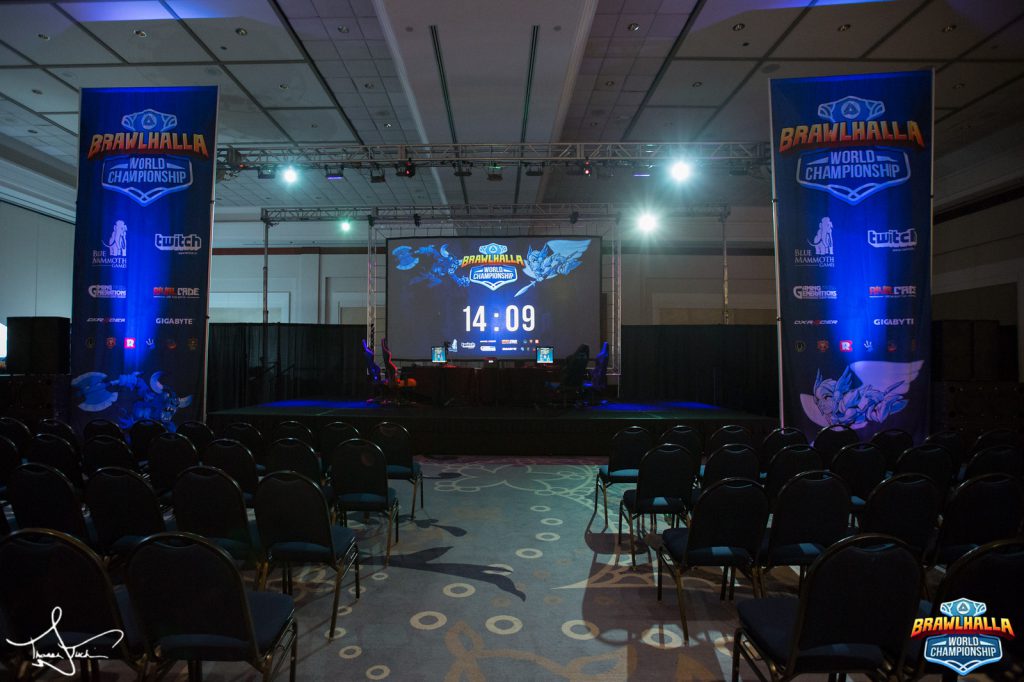 There were more casual stations, more people and a big screen for the tournament matches. I spent most of the time sitting at casual stations and flipping between watching matches and playing with friends.

There is something awesome about playing LAN – it’s so much more fun being in the vicinity of friends and playing. The whole vibe of the game changes!

As I said, I spent most of the time this day playing Brawlhalla at a station that had a good view to the big screen.

There was an awesome pizza joint next door to the galleria and it was nice eating pizza with the crew during breaks. There was also a couple of bars close by and I spent some time having some drinks with friends/devs – good times!

There was a 2v2 and a 1v1 tournament and the 2v2 finals were towards the end of this day.

Once the finals matches were up almost everyone was sitting watching the matches and it was so hype, all of the fellow brawlers got pretty loud cheering for their favorite team!

The winners of the 2v2 tournament were Twilight and Diakou, I met Twilight and spoke with him a good bit he’s a pretty awesome guy! Their team is who I was personally rooting for and it was awesome seeing them win.

Overall the 2v2 tournament was definitely the most hyped for the crowd, there was so much action! Watching these matches with everyone… plenty of moments that won’t be forgotten.

The final day of BCX consisted of finishing up the 1v1 grand finals, eating more awesome food and living in the moment the most we could.

For those of you that are familiar with Brawlhalla you’d love the way LDZ won the final match. You can look up the entire tournament’s matches on YouTube – he finished it off with style with an awesome side signature and the crowd went wild afterwards.

After the final match the devs handed out an exclusive skin for a legend called Brynn and everyone was going nuts for it.

I think that the majority of the people wanted the skin to be better or for it to be someone else but after seeing the skin with the different color swaps, I dig it.

We all also got a t-shirt, a string bag, a random pin and other goodies in the bag. There were a couple of tables of artists that were selling t-shirts of their own along with framable art, it was all pretty awesome!

After the finals we went to a Buffalo Wild Wings for more drinks and grub, met up and talked with players such as LDZ and Stevenator there which was cool, it was crazy that we met up at the same place as most of the top players!

After that we went to another bar that was suggested by a local and from there Shade and I headed back to the hotel for more Brawlhalla matches on the laptop and to jump in the hot tub and pool for a bit – that’s always a necessity when staying at a sweet hotel!

The rest of the time was spent vibing, gaming and talking about life with Shade. Him and the other Brawlhalla players are honestly some of the best people I’ve had the honor of hanging out with – I’ll never forget this experience because of them.

All in all, BCX was an amazing first for me in the context of a gaming expo, an official eSports world championship and meeting up with fellow gamers I’ve met online.

Everything went much better than what I was expecting and I’ll never forget the experience! I know for a fact that I’ll be going to BCX 2017 – it’s worth every bit to get there.

If you’ve never played Brawlhalla before then it’s a really good time to give it a shot, it’s free to play so there’s really no reason for you to not check it out!

If you’re a fan of Super Smash Brothers then you’re definitely going to enjoy this game.

Have you ever been to a gaming expo/tournament?

If so, which game was it for?