I read a ton of Stronghold Crusader 2 reviews before picking it up, both on Steam and random ones I could find on the internet. Some were good, some were bad.

Honestly, a lot of the reviews were negative about the game, especially on Steam. Being a long time of the first game, I really wanted to pick this one up and love it.

I’ve put in about 30 hours into the game which is a clear sign that I’m enjoying it so far. Usually I’ll only play a game for a few hours if I don’t actually enjoy it, that’s not the case with Crusader 2.

I wrote a review of the first one and I did state that it’s probably my favorite game of all time. It was my childhood and I still play it to this day so I guess that I’m a little bias towards this title since I am such a huge fan of the game before it but I’m going to be reviewing this differently than the other reviews that I’ve seen.

There are a lot of elements that are familiar with this one in the context of there being the same troop types and the same core mechanics of the overall gameplay. 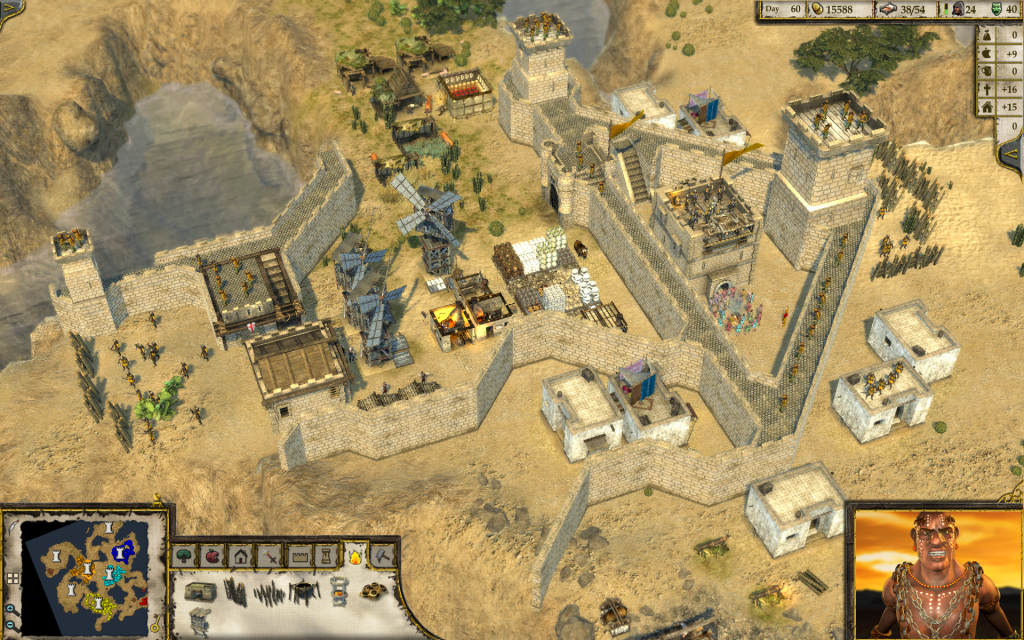 There are a few new troops in the game and for the most part the troops are pretty balanced.

The crossbowman are a bit overpowered in this one, if you have a couple of towers filled with crossbowman then you’re pretty much good to go on the defensive side when it comes to computer opponents.

Sieging enemy keeps is basically the same, though you no longer need to train engineers in order to utilize siege equipment. You instead can purchase catapults and other siege equipment and the engineers will already be good to go and to be used.

You still need to make woodcutting camps, apple farms, dairy farms, wheat fields, bakeries, etc to build up your economy. There are some new buildings such as candle making stations and what not which fit the game pretty well.

Some of the resources needed to create certain buildings have changed. Woodcutting camps produce about the same amount of wood as in the last game but some main buildings, such as a mill, costs way more wood making wood the most valuable resource in the game.

It definitely feels like a Stronghold Crusader game, Firefly studios stuck to the roots of the original while adding some other features which definitely gives it a newer experience than what the last game in the crusader series provided.

Combat Is Pretty Fun, The Trials Are Challenging

For the most part I’d say that the computer opponents are pretty well balanced and they can definitely sometimes become a threat. You’ll find yourself getting caught off guard sometimes going against an AI, sometimes resulting in you losing the match. 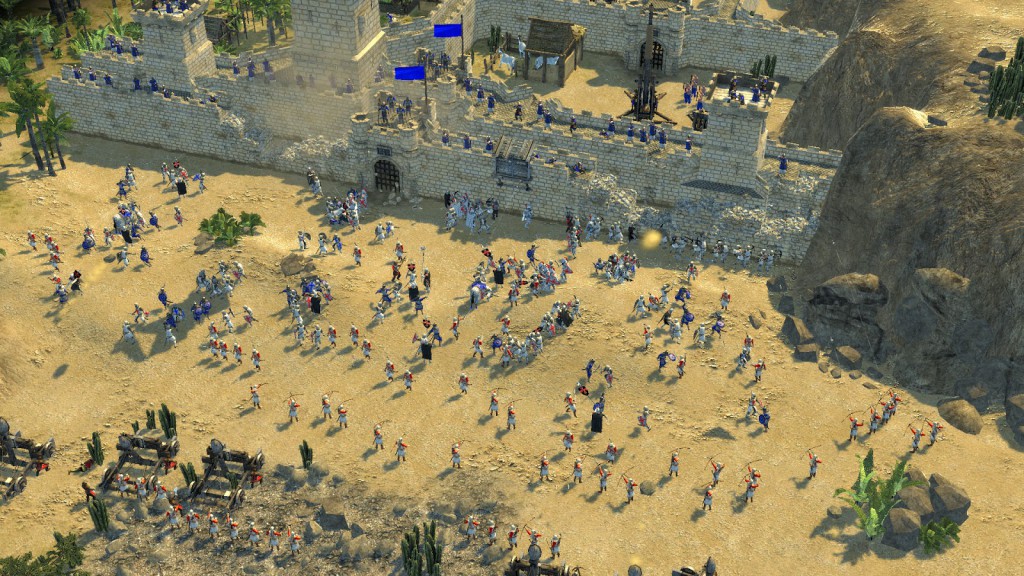 You can set up custom matches picking a map, setting up opponents and picking who is what color. You’re also able to set up other custom options such as how many resources everyone starts out with, if fire is allowed or if there is a period of time for peace.

The most challenging aspect of this game is definitely the skirmish trials. If you played the first crusader game then you’re familiar with the many missions that it challenged you with.

Stronghold Crusader 2 returns with that same element but with even more challenging trials. I found myself stuck on one of the first few missions for a while because of how hard the devs really made it.

The game has gone through a good few patches to make the trials a bit more challenging as they have found some players being able to beat them in an easy way which I find pretty cool. It’s not a very popular game yet Firefly studios made sure that they patched the game right for the loyal fans that are playing it non stop.

I’d say that I’m almost half way through the skirmish trial missions and for some of the missions I caught myself asking myself “What? How am I going to manage beating this one?!”

But as I play through them and die I learn what not to do and it’s pretty fun seeing the overall progress of figuring out how to win a specific trial.

The in-game maps are actually pretty well made. You’ve got your balanced maps and unbalanced maps much like in the previous game and the detail for the maps is very well done. 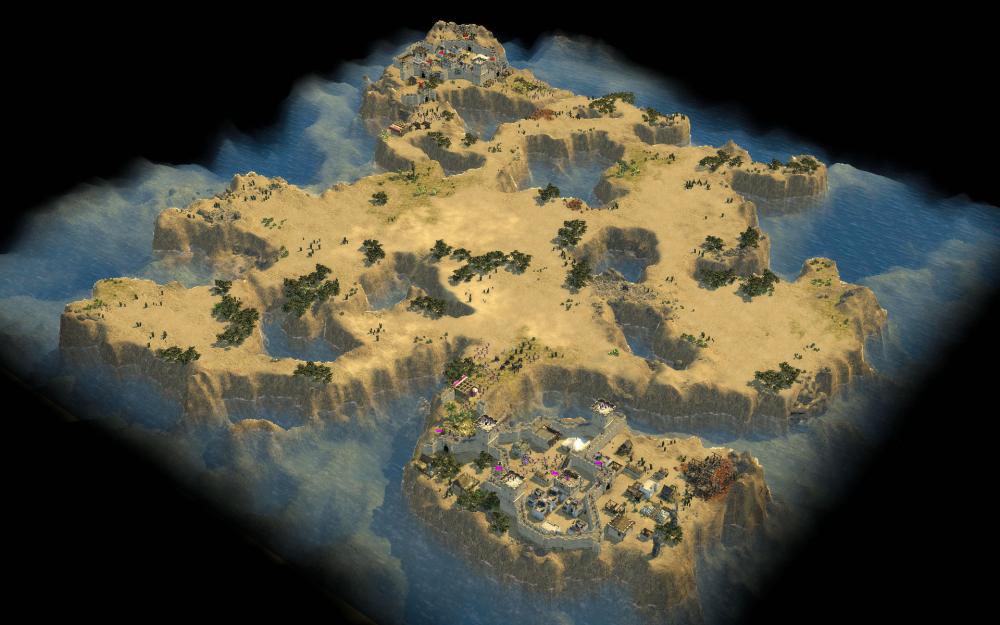 There are some maps that are very memorable just like how in the first game – I’ll never forget some of those maps.

The best part about the maps with Stronghold Crusader 2 is the fact that it has Steam Workshop integrated.

There are a bunch of maps that you can subscribe to and they are immediately put into your game. Some map creators have even re-created some of the maps from the original game and they’re very well done.

It’s a lot of fun to scroll through all of the different maps that are available and to play them either with a friend or against the AI lords.

In an online match that I played the other player actually placed all of his stone mines on my side! He made it so that I couldn’t produce any stone and we were playing with a period of peace time so I couldn’t do anything about for about 10 mins into the match.

This annoyed me but I also thought it was pretty cool. You can definitely study and get good at specific maps to conquer other players.

There Is Some DLC 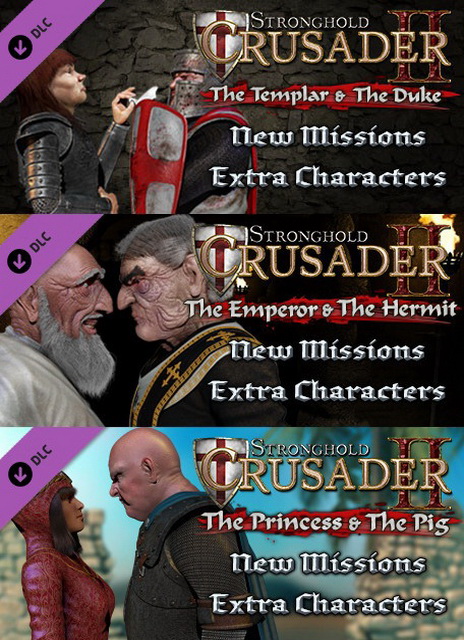 This was actually sort of a surprise to me, but I think it’s kind of cool.

There is enough content in the base game to keep you occupied for a good while. Like I said, I have over 30 hours into the game and I’m almost half way done with the skirmish trial missions and I haven’t picked up any of the DLC.

Honestly, I think it would be cool to have some more enemies. There are 4 DLC packs in total and each have 2 AI lords all of which have their own unique castle design and strategy for building their economy and army.

After I beat the base game’s missions I think that I’m going to be picking up the DLC because I think that it will add to the replay value for down the road. They maybe aren’t 100% worth it at $6 per pack but I’ll definitely be on the look out for them to be on sale whenever I do decide to pick them up!

Now For The Bad

All of the above would be what is good about the game. It definitely feels like a Stronghold Crusader game, but it doesn’t really feel like the exact sequel that the loyal fans would expect.

With that said though, this is definitely a buy for those that are true fans of the Stronghold Crusader original.

But there are some things about the game that have turned me off but I’ve been able to rub them off since I just simply want to love the game. I’d say that the good and the bad are about 50/50.

The animations can sometimes go out of wack.

This is an issue for those of you that enjoy the little things. Even after over a year of the game being released, you’ll still sometimes see troops that look like they’re floating in an idle position, very seldom your peasants will randomly think that they can’t get to their station and then a few moments later they find out how and I noticed that sometimes when I send my troops out to fight that they will step away from an enemy real quick, turn around and then start attacking again.

This doesn’t really break the game or anything but it’s a little detail that I would have liked to see perfected for a true crusader sequel.

The immersion isn’t all the way there.

In the first game you were able to click on a random peasant and you’d hear “Morning yer’ lordship!” or “No taxes are good taxes, that’s my motto!”

The voice acting was on point and it gave this sense of life and immersion for each peasant of your stronghold. You don’t really get that same feeling anymore.

Each peasant has their own name but when you click on them there isn’t any sort of memorable dialogue or anything. Once you click on them it simply tells you what they’re up to next as they contribute to the economy.

The little things like this are what I sort of expected to come out of a true Stronghold Crusader sequel but it just wasn’t there.

There’s also the voice acting. The first game perfected the personality and the voices with each AI lord. To this day I remember the sounds that The Rat and The Pig make, the dialogue of The Caliph and the trash talk from The Wolf.

The voice acting for this game isn’t nearly as good as the first one. Sure each lord has their own lines and what not but something feels… off. They aren’t nearly as memorable or immersive.

The multiplayer is pretty much dead.

But not all the way.

I’ve been in a few multiplayer matches and it was pretty fun to play but if you are wanting to play a lot of multiplayer then you’re going to be doing quite a bit of waiting if you’re wanting to do public matches.

I didn’t experience much lag, the overall experience was fine for the few online matches that I’ve played but I’d sometimes have to wait almost 10 minutes just to get the right amount of people to join my lobby.

You can also join other lobbies that are open but usually I’m unable to find any that are actually in the joining stage. Most games will have already commenced and I’m not able to join them.

Now if you wanted to pick this up to play with some friends then the multiplayer would be great for that. I teamed up with someone random that I met in a match and we went up against some AI lords and it’s a lot of fun to see how other players build up their economy and their castle.

Here are some pretty cool screen shots that I did while playing. I enjoy the graphics of the game though many reviewers of this would say otherwise.

I think that they’re pretty good both for a Stronghold game and for it being a RTS. 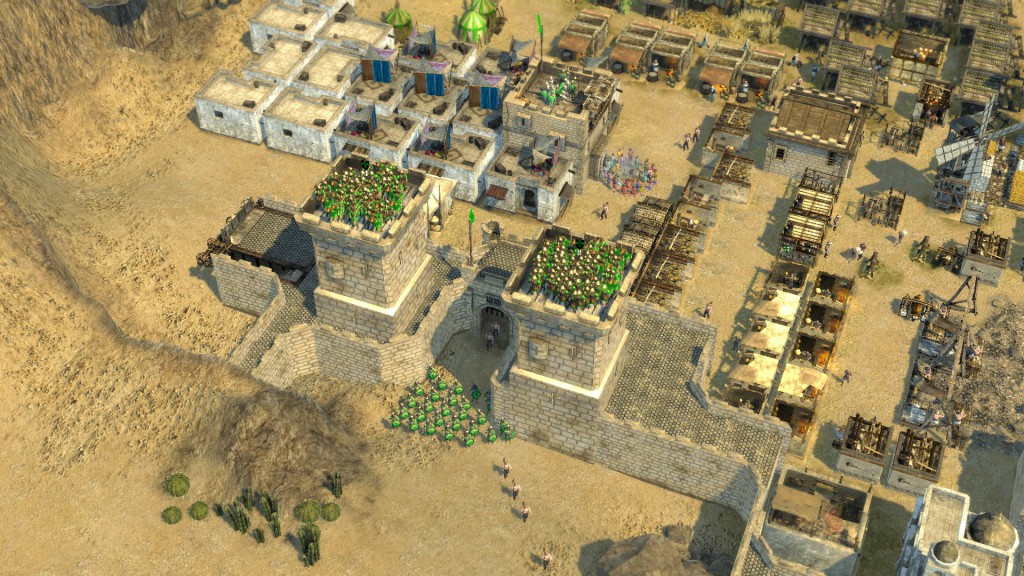 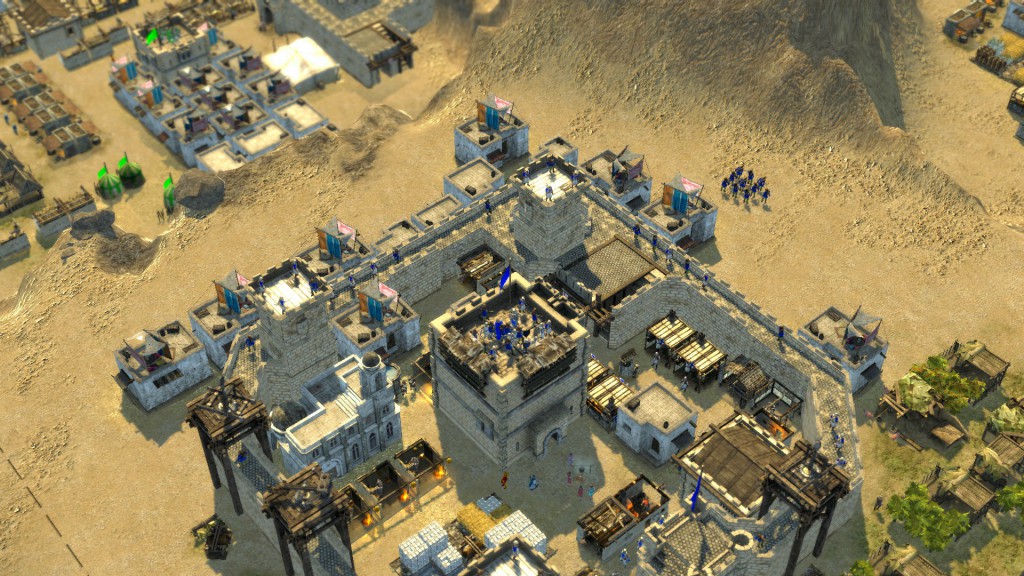 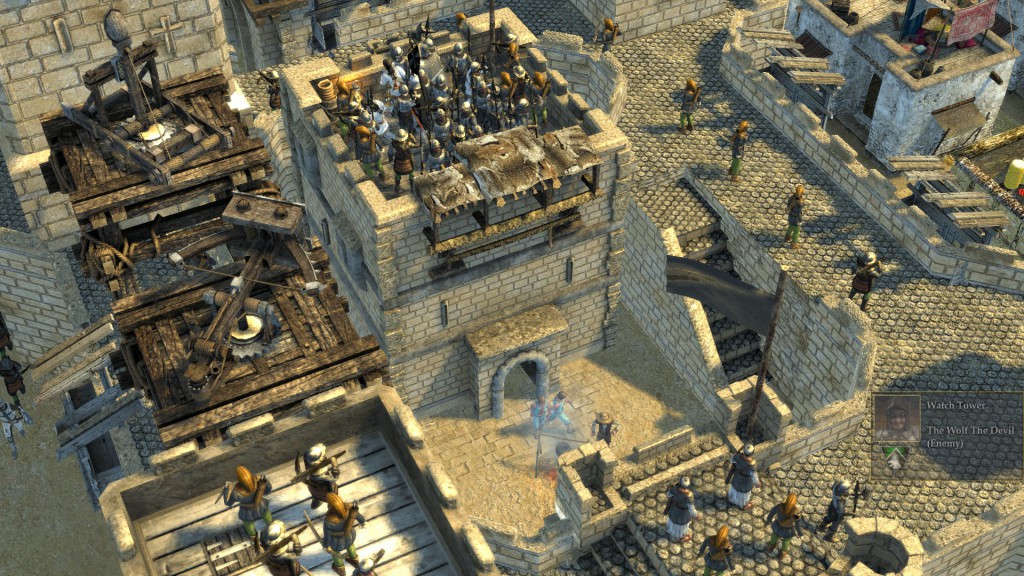 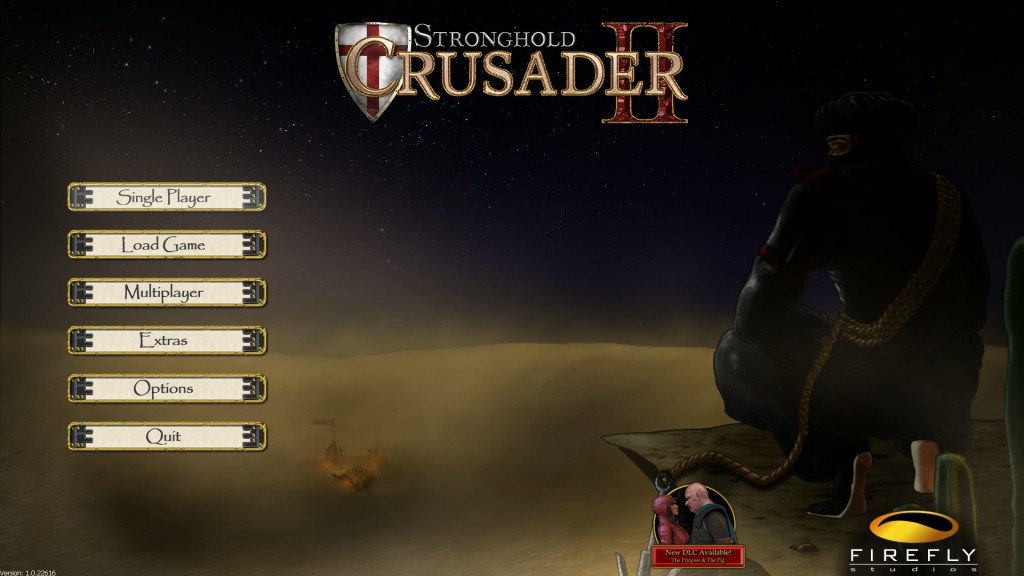 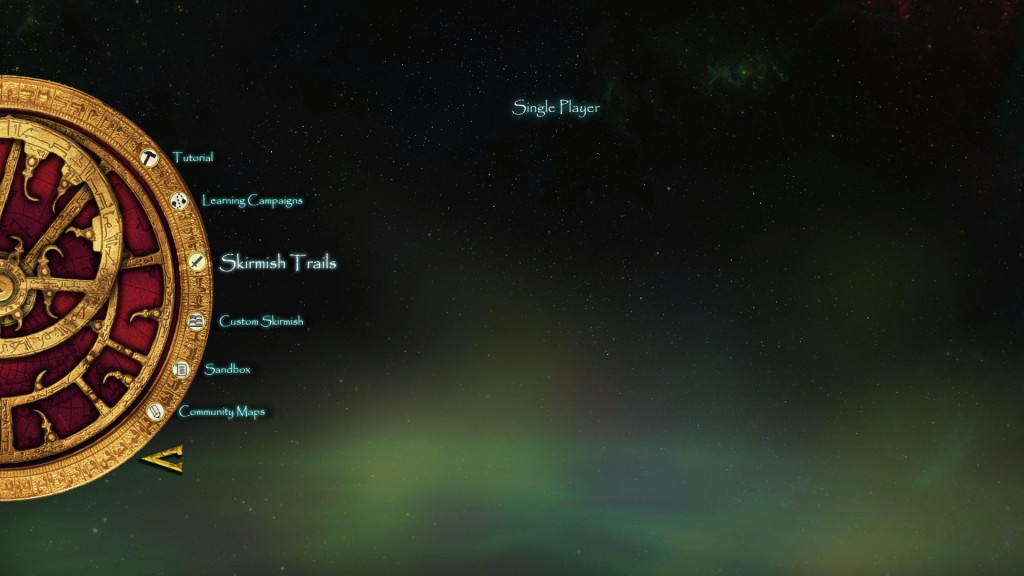 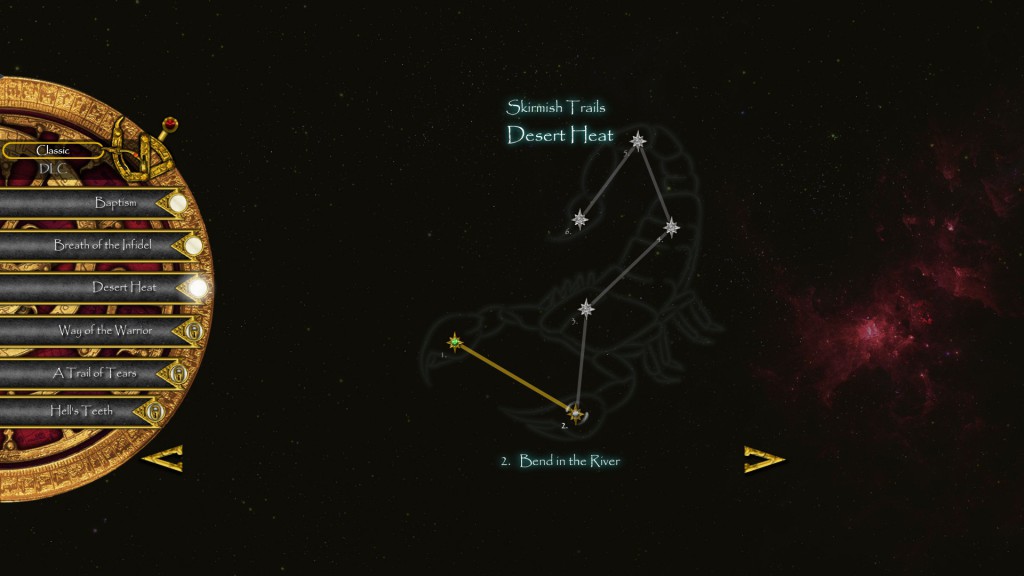 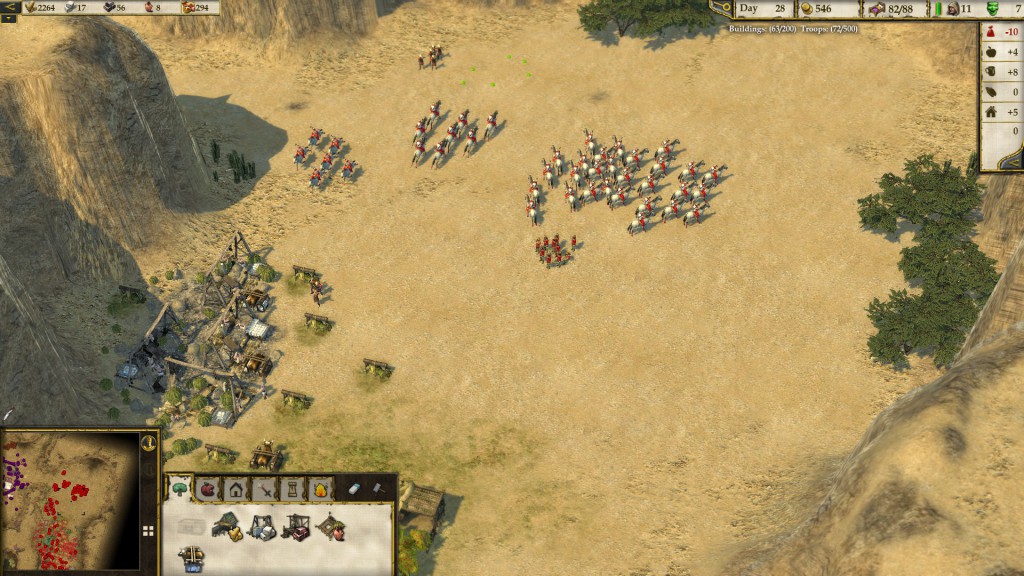 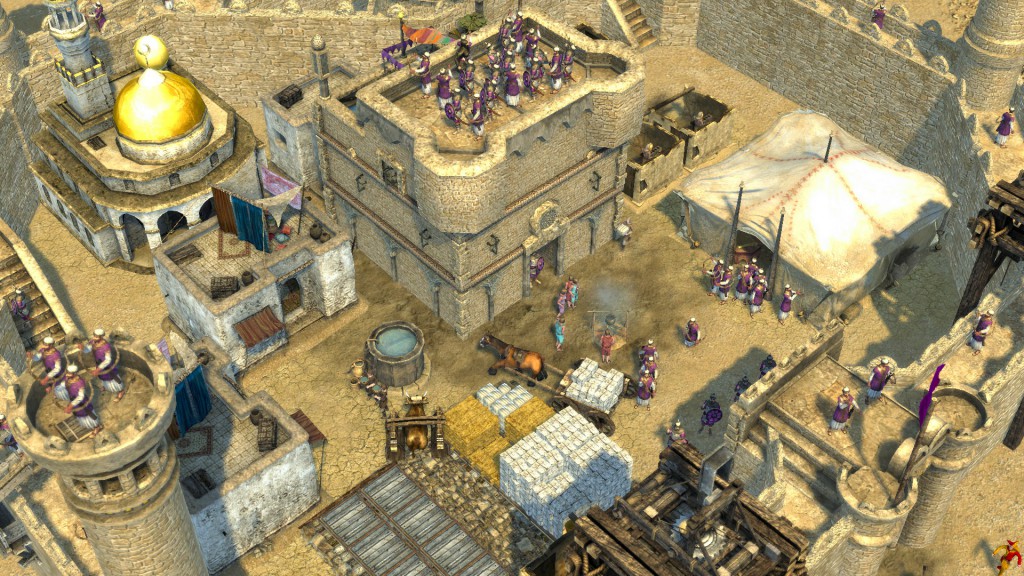 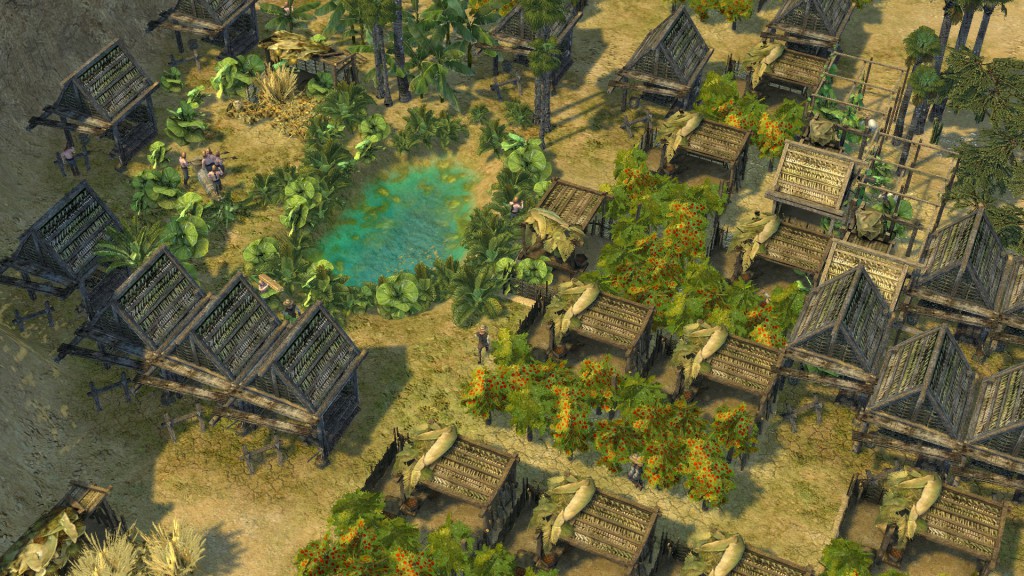 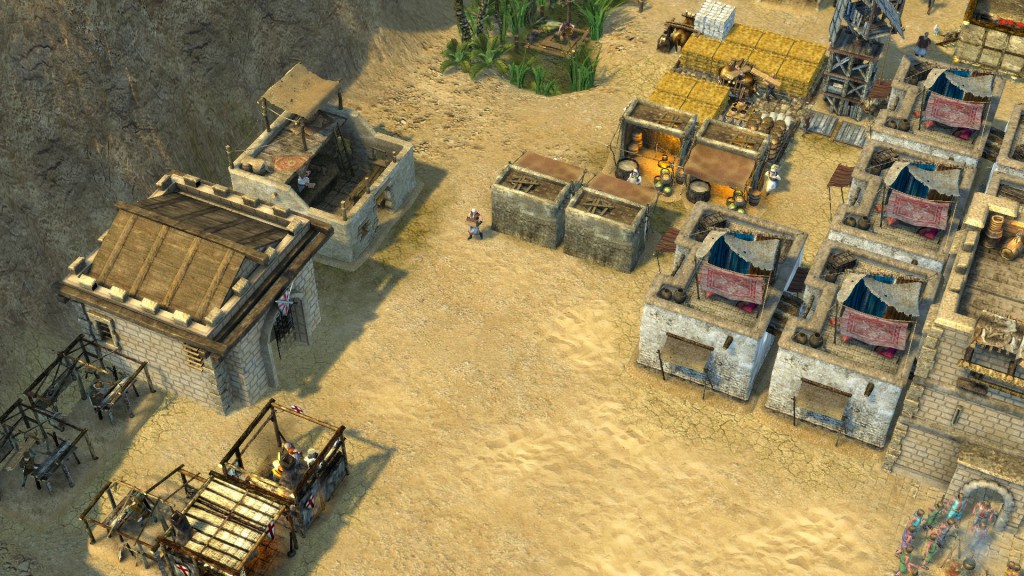 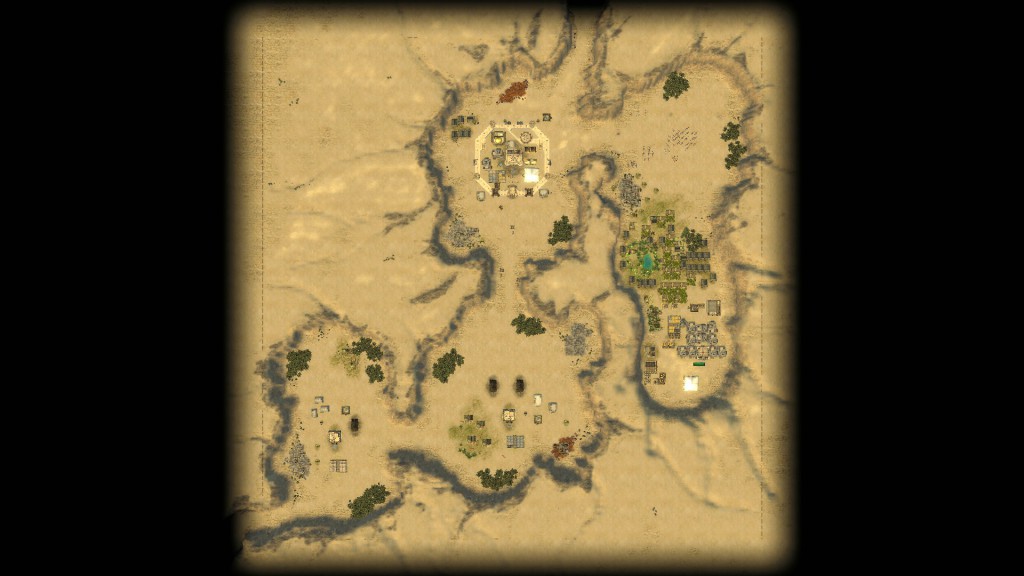 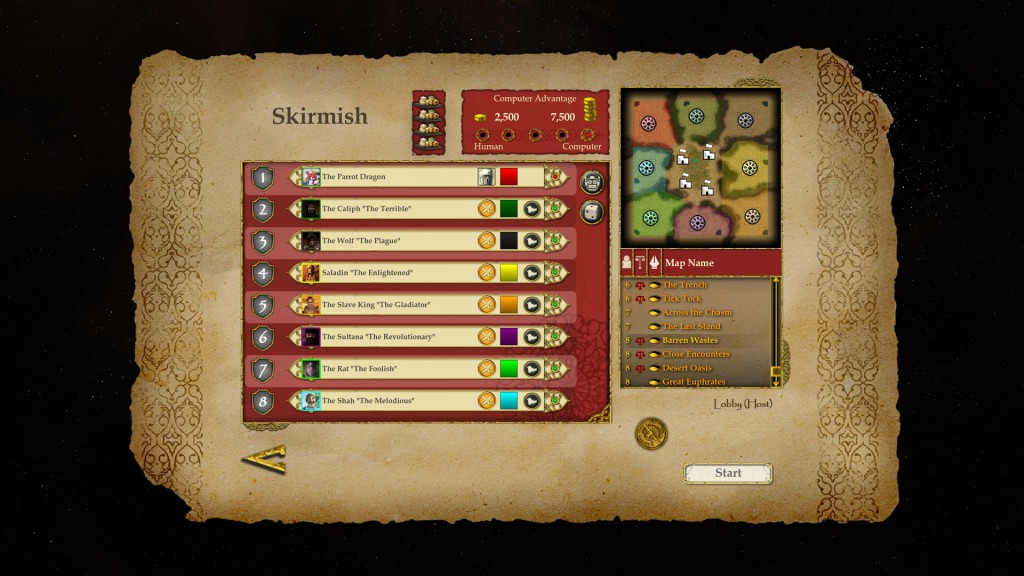 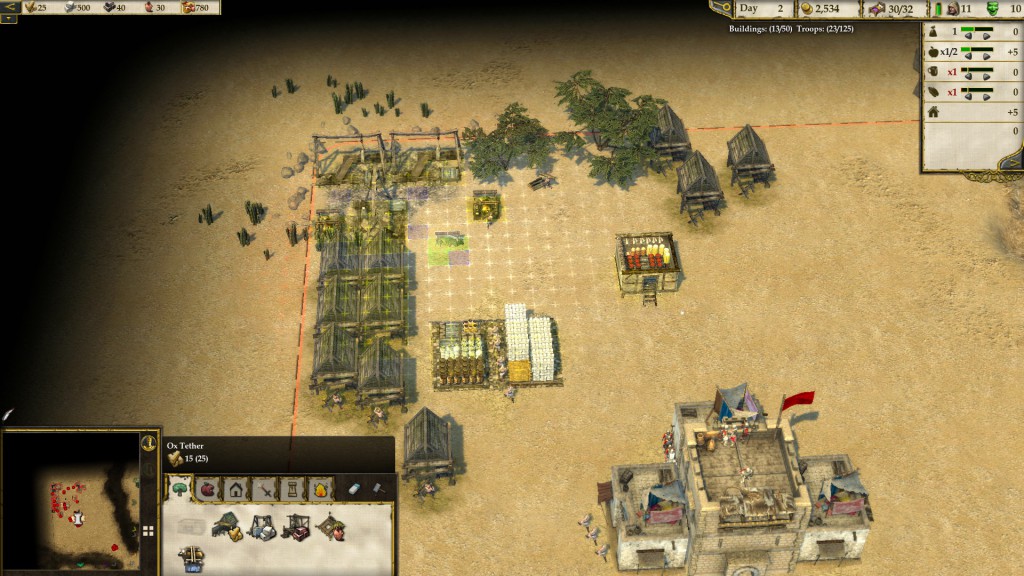 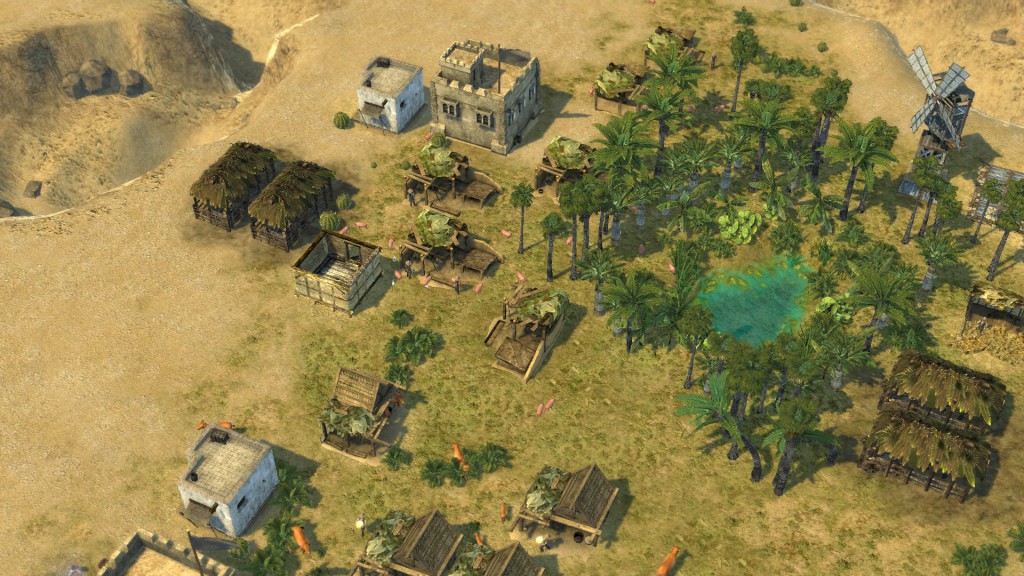 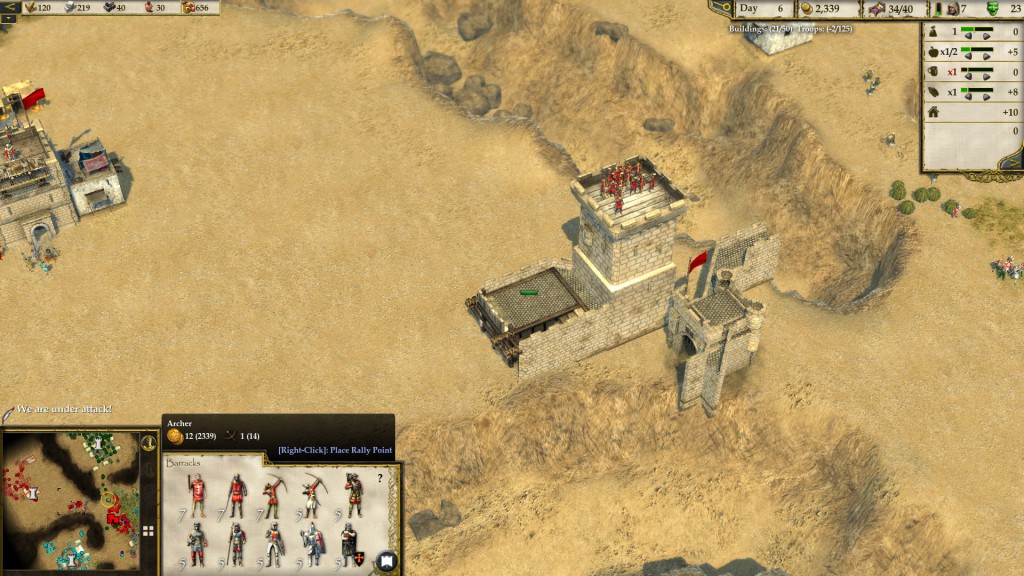 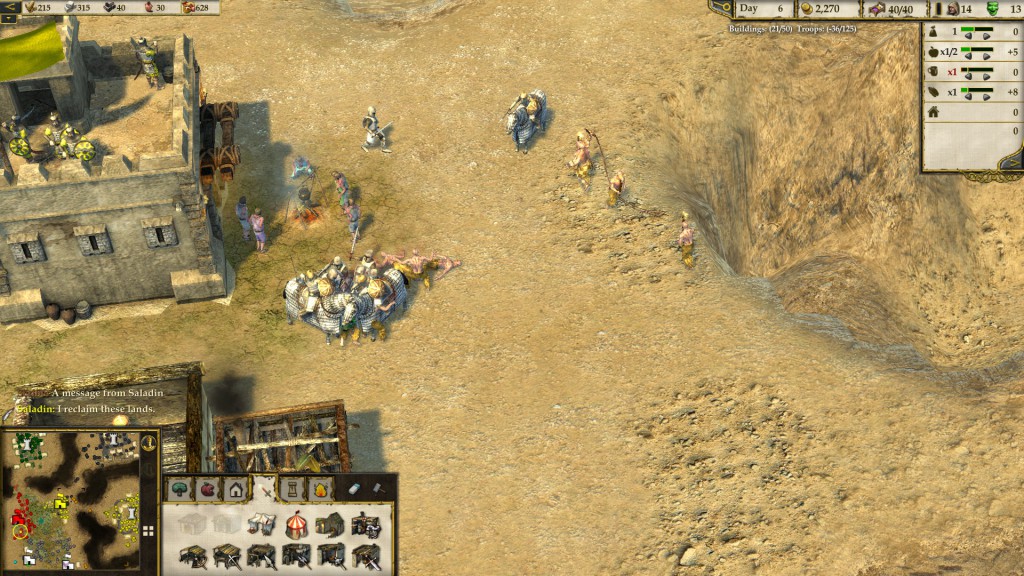 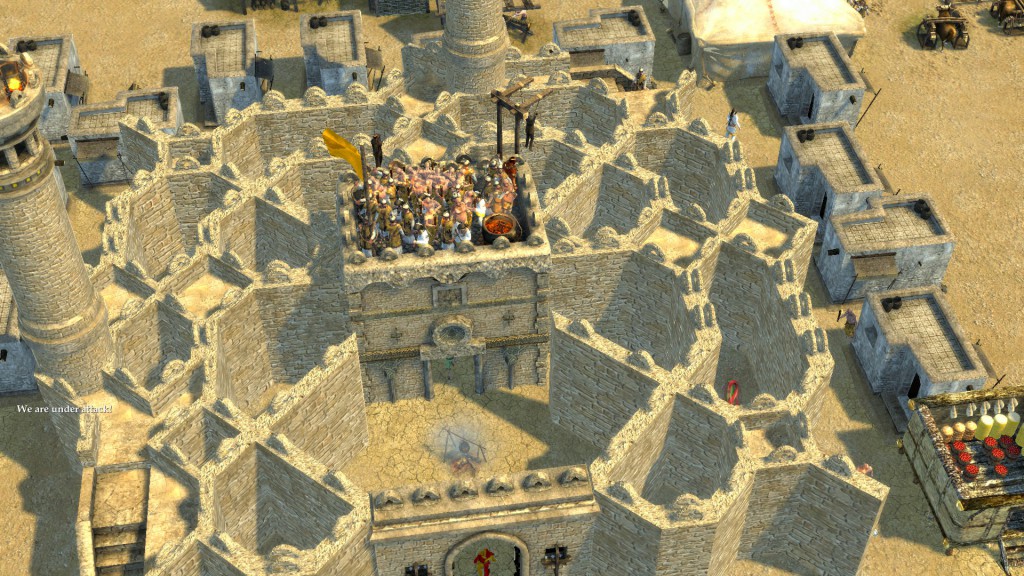 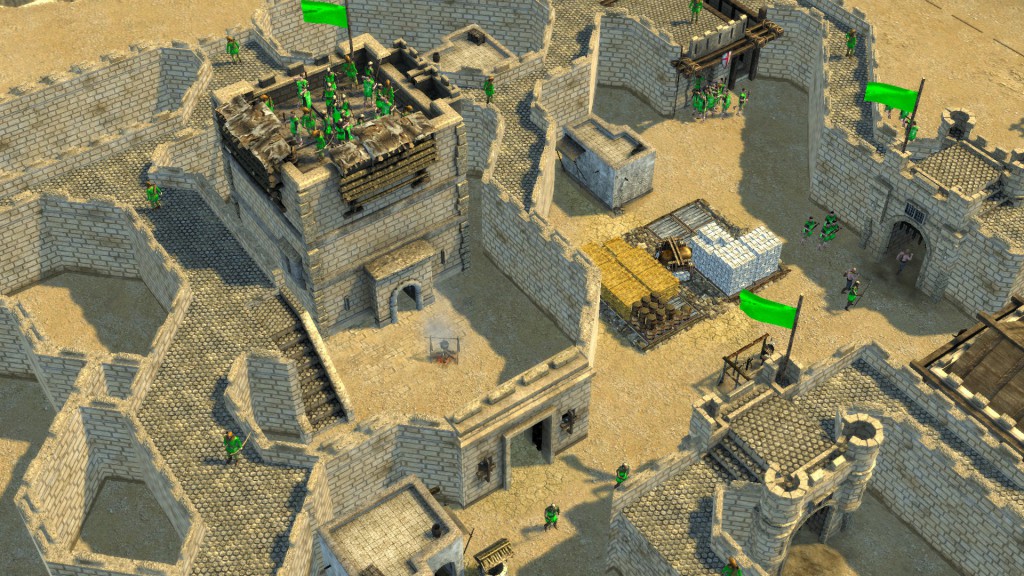 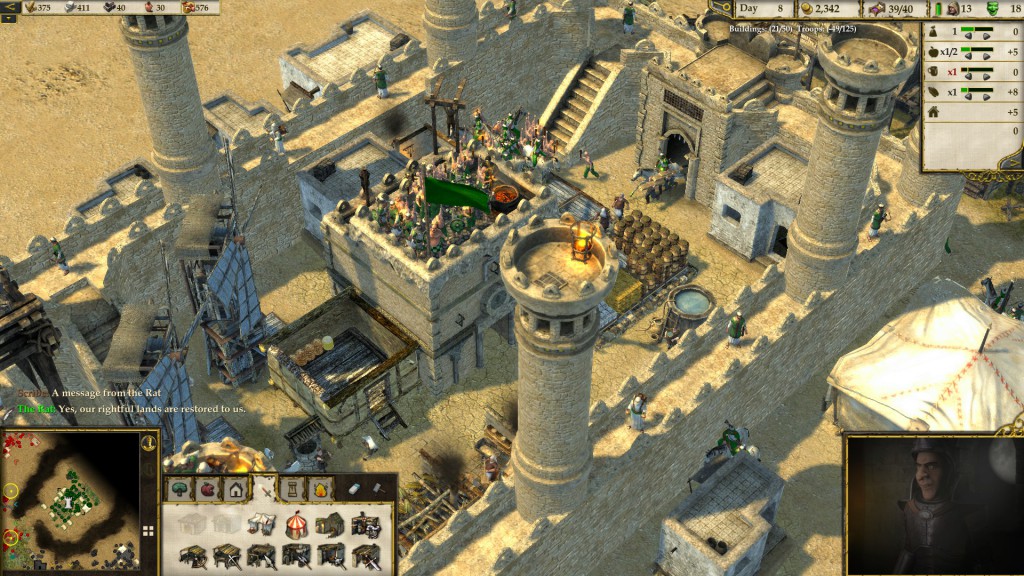 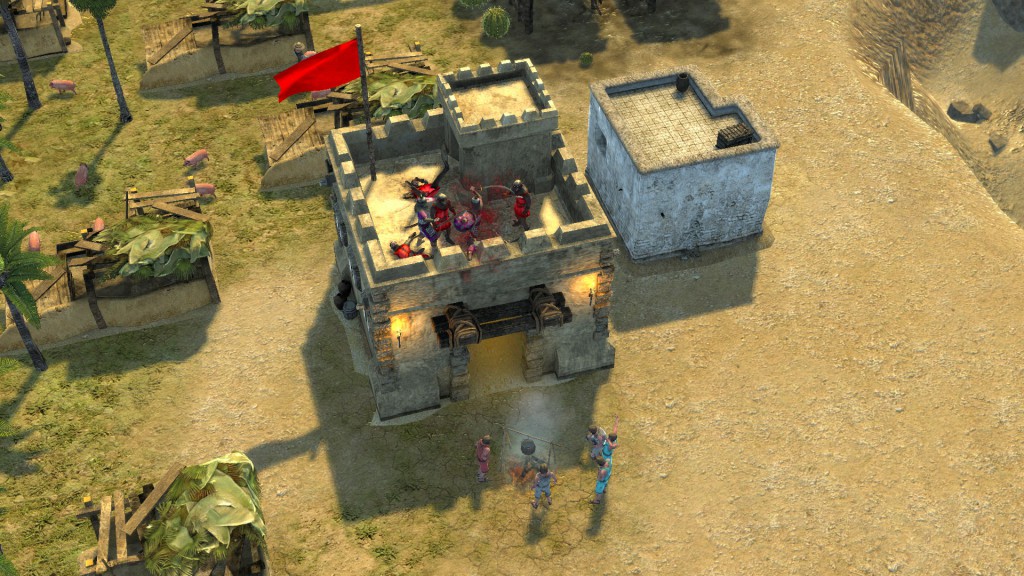 All in all, I am having fun with Stronghold Crusader 2 but I know that it could be so much more.

I’m going to continue playing it because I am a huge fan of the Stronghold games and it feels good to have a newer, fresher experience in that way.

If you were a big time fan of the first Stronghold Crusader game then this would be worth picking up on a sale. I definitely wouldn’t recommend picking it up for $50.

So, are you going to be trying out Stronghold Crusader 2?

What do you think of all of the other reviews out there for it?

2 thoughts on “Not All Stronghold Crusader 2 Reviews Add Up”