Many of you in the comments area are asking about alternative parts mainly when it comes to graphics cards or RAM. The thing is, no matter where you check, it’s all very overpriced.

I’ve looked into why hardware has sky rocketed in the past year and I have a bit of speculation as to when/if we’ll ever see hardware go back down to a decent enough price for us gamers. 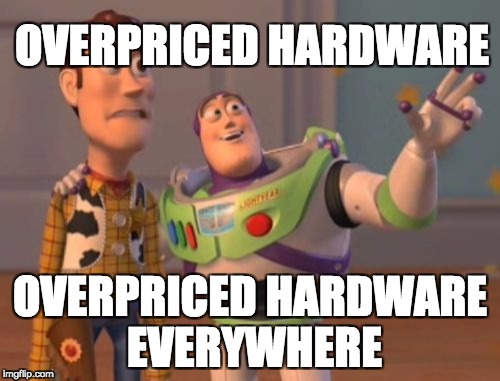 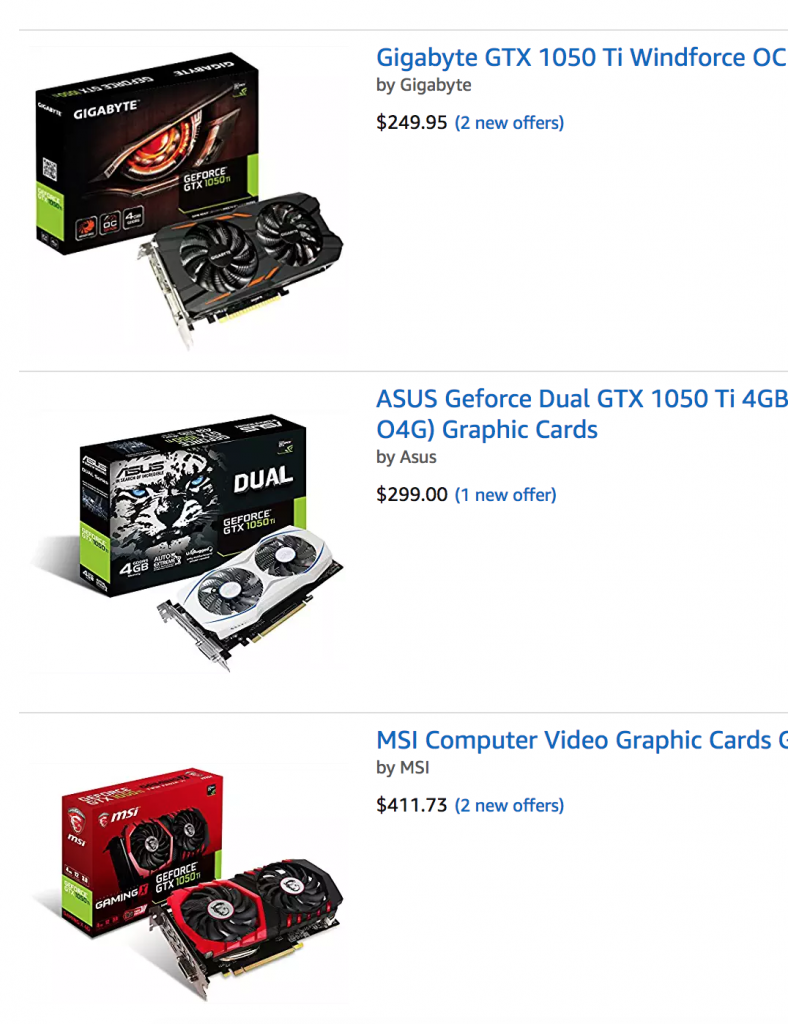 Right now, almost every video card on the market has doubled in price. You can’t even find a GTX 1050 Ti for under $200 today and it’s supposed to be selling for around ~$140.

So why have video cards sky rocketed in price? Why can’t AMD or Nvidia lower the prices of the current generation hardware?

The biggest reason is because of crypto-currency and people building PCs to mine these currencies. Look, I’m no crypto-currency expert by any means, I’m not the one to ask for all of the details.

From what I’ve gathered, crypto mining is the process of making sure that a transaction made with crypto currency is legitimate. It’s a very complicated, mathematical process to where a computer needs to be used to automate the process.

Miners used to use processors for this but in recent years, it was discovered that video cards are actually the best for calculating these transactions.

With the boom in Bitcoin and other crypto-currencies, the amount of machines built and used for mining on a daily basis has also grown. These machines use multiple graphics cards at one time, usually 6+ video cards are used with one PC to calculate these transactions at scale.

This is why video cards have gone way up in price. AMD and Nvidia have followed suit and increased the price of the video cards because miners are going to be buying them anyway. That and I’m sure it’s hard to keep up with the demand.

2018 is looking to be the biggest year for crypto so I don’t think the pricing is going to go down any time soon, unfortunately…

I feel like the only way AMD and Nvidia can provide fair pricing for us gamers is to create a separate technology and video cards that still perform well without having the tech necessary for mining, but I’m not even sure if that’s possible. 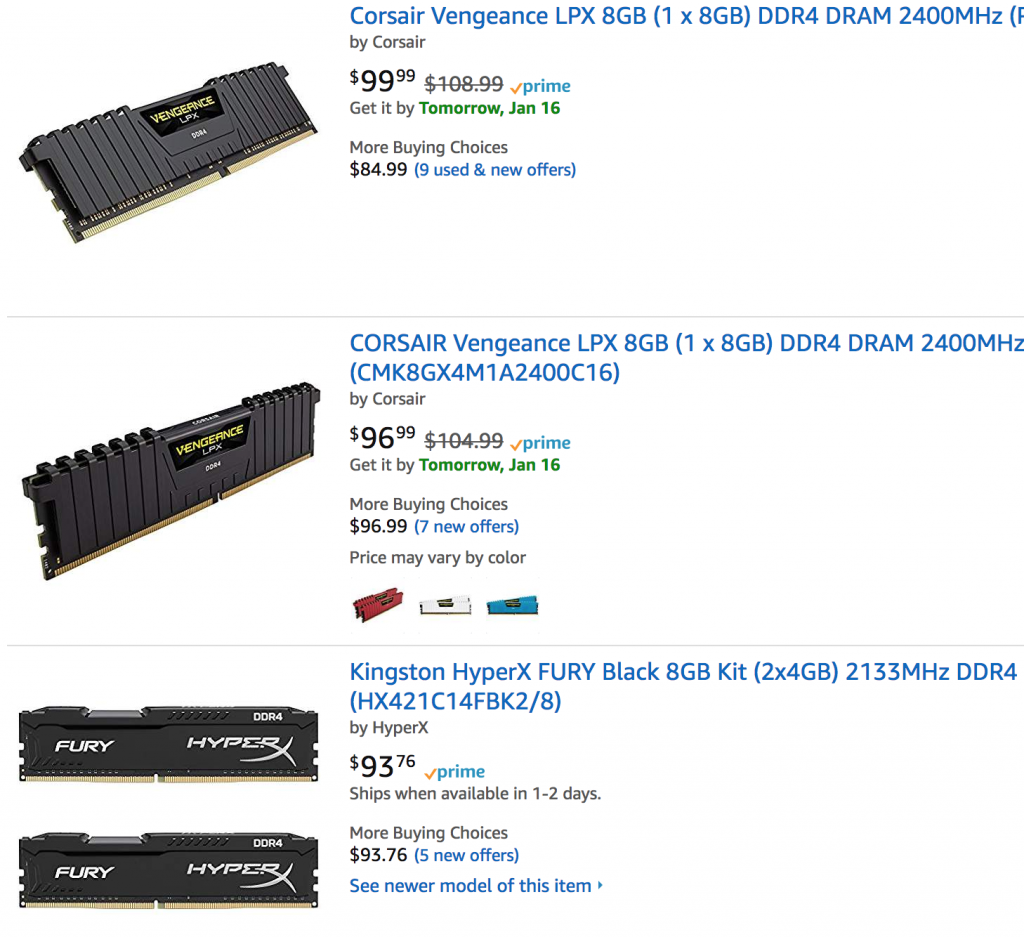 RAM is also at a very high price point, in some cases it’s priced over 300% more than what it’s supposed to be selling at.

It’s almost impossible to find a single 8GB stick of DDR4 RAM for less than $80. That’s if you are okay with a slower speed of RAM as well.

Even with a 8GB kit that has two sticks of 4GB RAM, it’s at the same price point.

Why is RAM also overpriced? What is causing this?

There are a couple of reasons why RAM prices have increased over time. Again these prices seem to have risen after Summer of last year.

It’s around this time when the price of silicon rose and it’s expected to rise more throughout 2018 and going into 2019.

SUMCO, one of the biggest silicon wafer manufacturers, stated this. Silicon is used for just about everything involved in the tech world and PC hardware is no different. With the price increase of silicon, everything used and made with silicon will in-turn increase.

Then there’s also the fact that the demand for RAM has increased a lot and the supply has not been able to keep up. This could be on purpose, many companies purposely slow down their supply when they realize that the demand for their product is high.

Hopefully that isn’t the case, but it wouldn’t be a surprise at all.

What Should We Do?

Since building a PC is at an all-time high price with everything included, it puts things into perspective… Nobody wants to overpay, but most still want to be able to put their own build together.

You could simply bite the bullet and pay the price for RAM since it’s most likely not going to go down any time soon. Then you could downgrade a part such as the video card until pricing makes sense for a proper upgrade or until the next wave of video cards come out.

An alternative would be to take a look at some pre-built PCs. In the past it almost never made sense to get a pre-built gaming PC but things have changed now with all of the pricing being increased, the suppliers for pre-built PCs have had these PCs in stock for quite some time now.

If you’re interested in getting a pre-built you need to make sure that you aren’t getting screwed over, make sure you do your research.

You can check out this post for some information on what it means to get a pre-built and you can also check out the reviews that are here to maybe find something that would fit with what you’re looking for.

So, are you still sticking to putting a build of your own together? What type of budget are you trying to work with?

Or are you going to be looking at some pre-built PCs?