Shadow Warrior 2 just released a few days ago and based on the very high review ratings I decided that I’d give it a shot and I’m happy that I did!

Although the story and cutscenes so far aren’t anything that are super innovative or memorable, just about everything else about this game makes up for that 10x over.

This Game Is All About The Gameplay 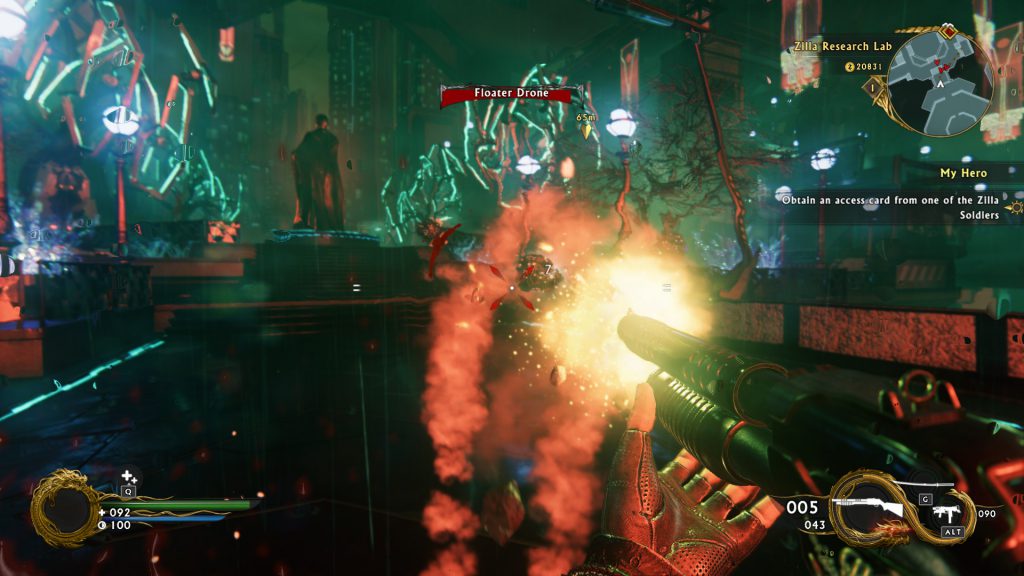 What it lacks in story and cutscenes it makes up for in raw gameplay.

There are tons of weapons, tons of enemies, loads of upgrades and a lot of secrets to be found. Each level that I’ve played so far has an objective marker that leads you into what you need to be doing next.

So far it has been about finding some secret artifact thing and then finding/saving this girl who’s soul intertwines with the Wang which is who you play as.

The story is pretty bland but this really isn’t the type of game to look forward to the storyline. This game is 100% all about being an absolute bad ass and killing a bunch of monsters as you go.

So far I’ve found a few weapons and I know that I’m just scratching the surface when it comes to them, there are a lot more weapon slots to be filled up and so far the weapons are pretty unique.

From a samurai sword with different moves to a chainsaw to a shotgun to a SMG… They all serve their own purpose and they can all be upgraded differently.

I’ve found upgrades that add toxic elements to my weapons, increase critical hit chances and to increase overall damage. I’ve read online that most everything is randomly generated meaning that every play through you’ll run into different upgrades and different enemies. Not to mention there are also different difficulty levels to play through.

The objective markers that I mentioned earlier lead you to how you can complete the current mission. I’m not sure yet if you’re able to pick which missions you can track or if you can even have more than one missions at a time but when you do complete missions you get different rewards.

These rewards can range from money to skill points to unlocking different weapons. I’m not sure if the rewards are randomly generated or not, maybe some are and some aren’t. I haven’t played enough to really know yet.

I also have yet to jump into multiplayer but I know that it’s going to be a co-op experience. I might try it out today and if I feel it’s worth putting in here I’ll edit this post to explain what multiplayer was like.

Overall, this game definitely doesn’t have a focus on storyline and cinematic stuff but you can tell that a lot of development time was put into making sure that the gameplay was phenomenal.

You complete missions for people and become a truly awesome ninja with guns. The combat and monsters remind me a lot of Serious Sam 3: BFE to be honest! The gameplay is definitely different and the graphics are a lot better in comparison though.

The main character, Lo Wang, always has little funny remarks he makes as se meets new monsters and talks to people. This type of humor, along with everything else is really why it reminds me of a “Serious Sam” vibe.

Here are some screen shots that I took in-game, the graphics are extremely good! 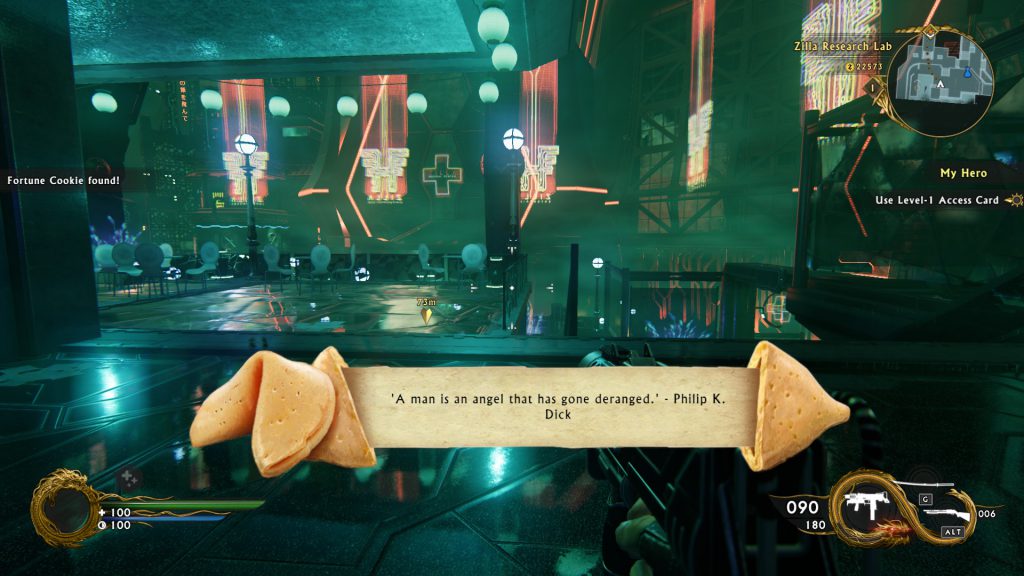 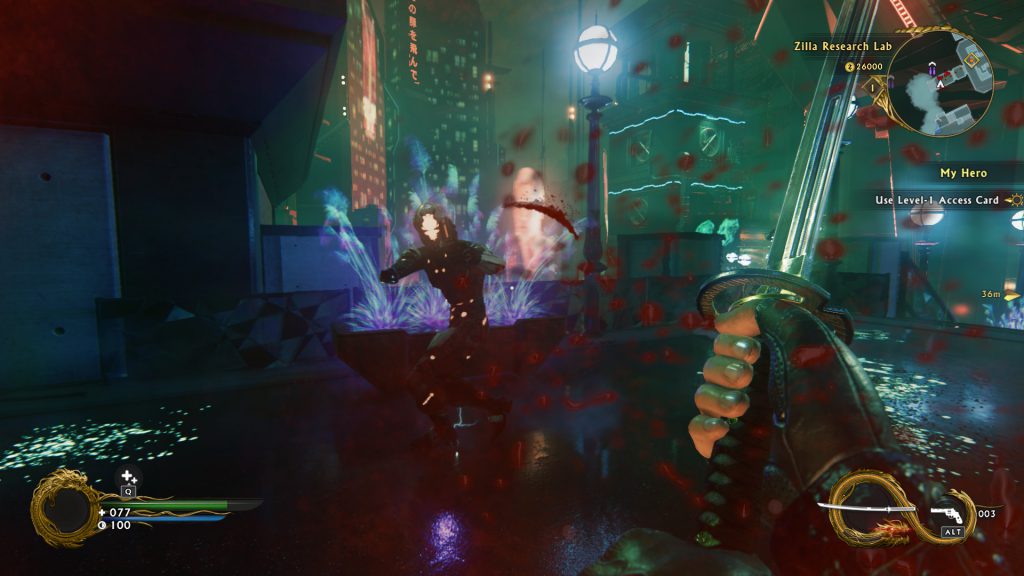 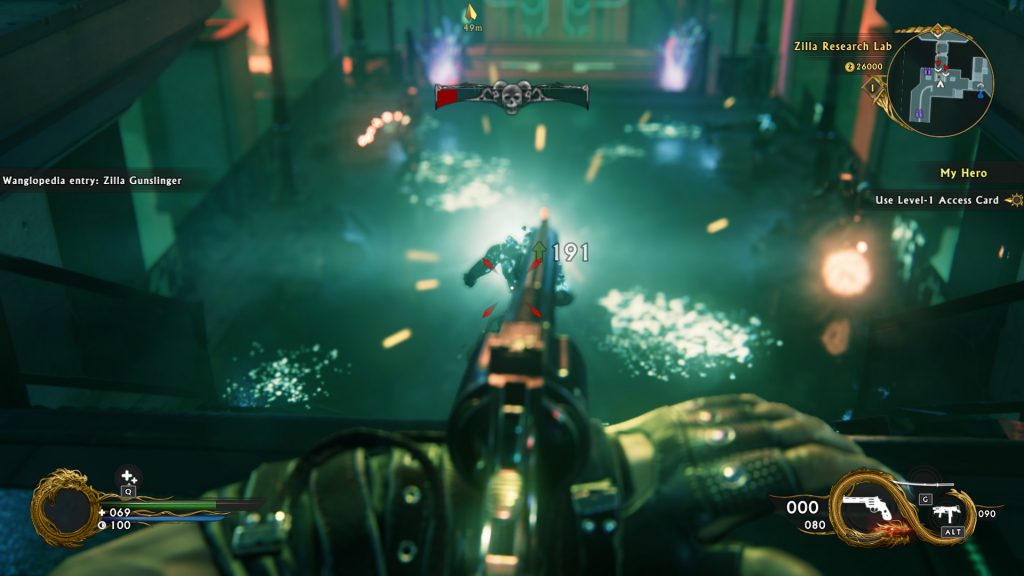 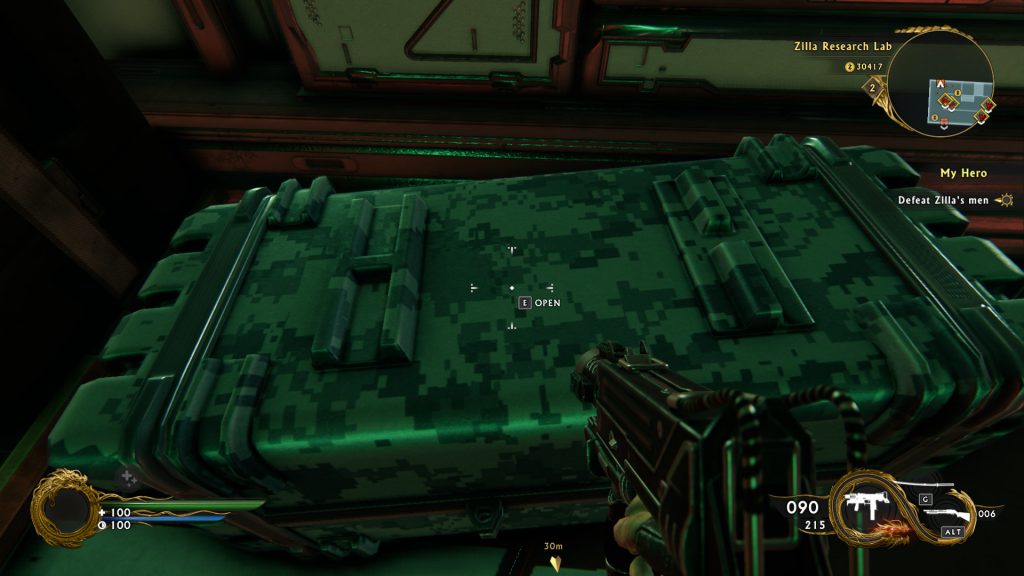 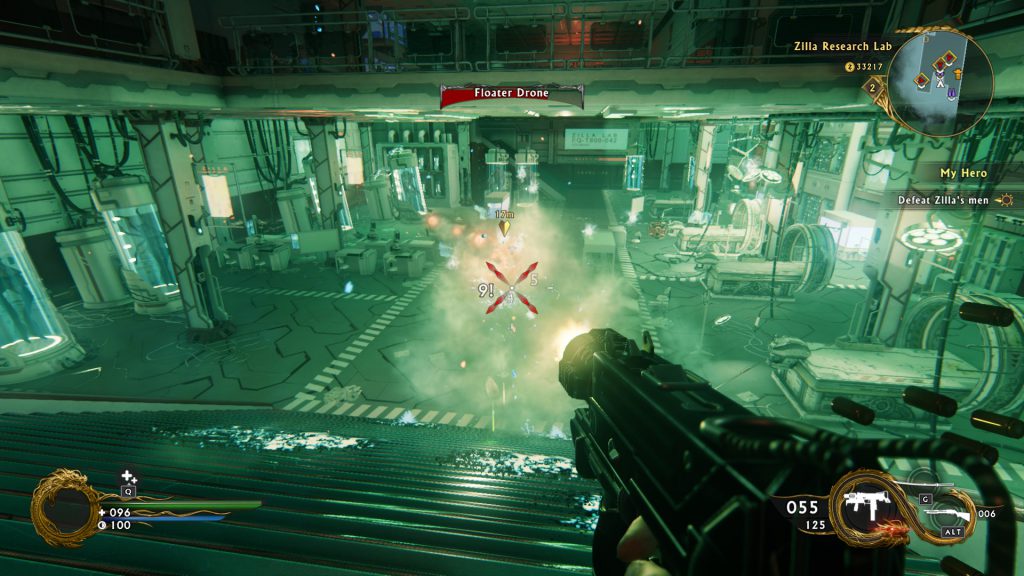 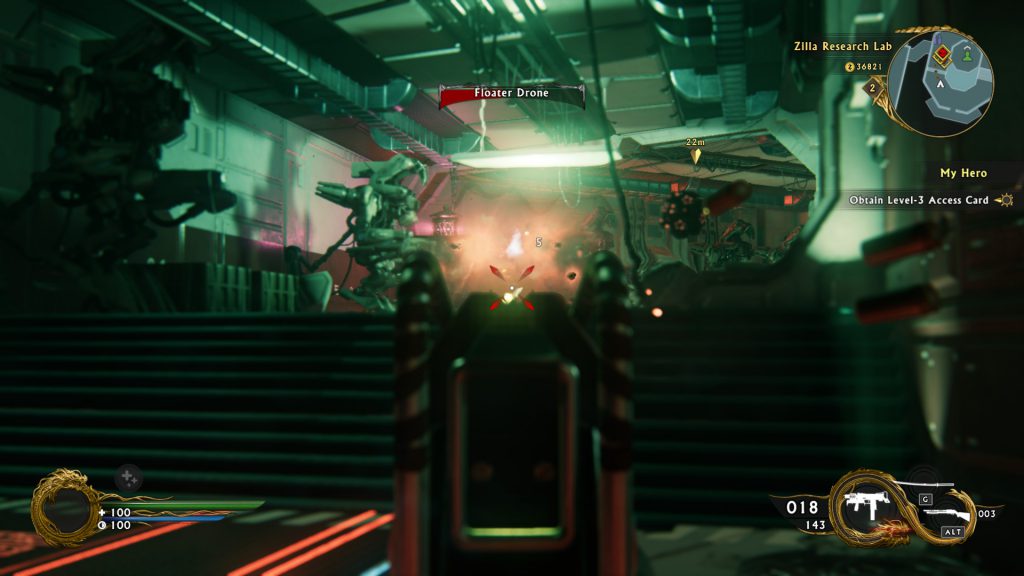 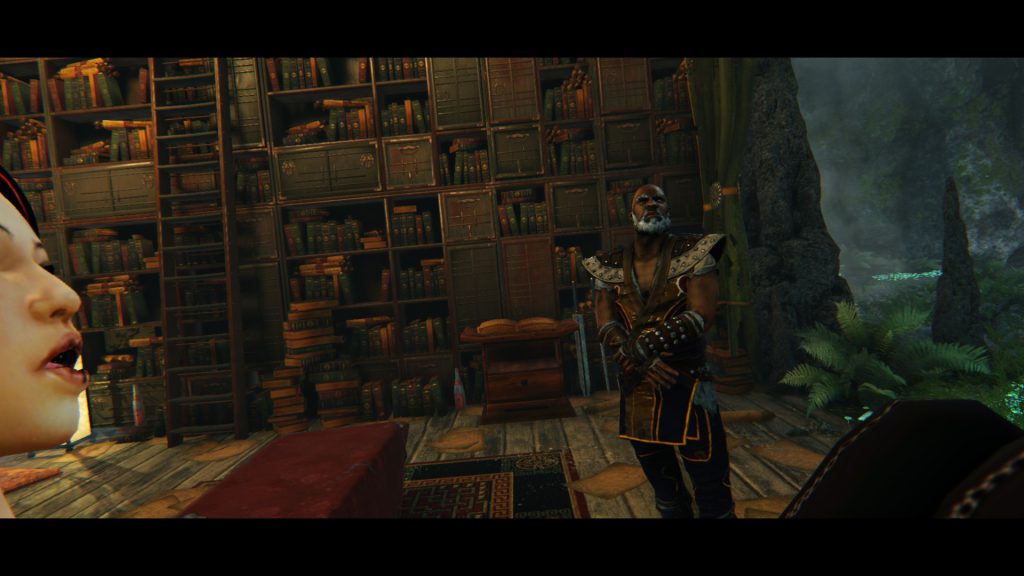 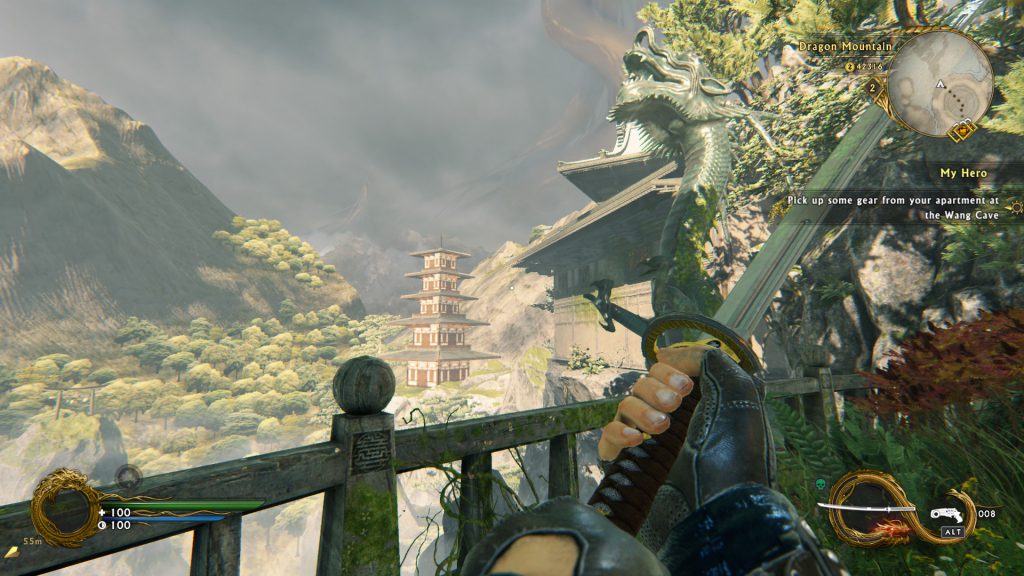 Beautiful, right? These screen shots are mainly from the first 5% of the game or so. I’m sure there are going to be a lot more environments and what not as I go forward into Lo Wang’s adventure.

If You Throughly Enjoy Combat…

Then I definitely recommend this game.

I’m sure that there are going to be plenty of boss fights and a lot more going on throughout the game and I’m pretty pumped to play through it! I’m also excited to try out the multiplayer aspect.

So, are you playing Shadow Warrior 2?

Or are you going to pass on this one?

4 thoughts on “Shadow Warrior 2 Is Pretty Awesome So Far”