I’d like to write a review on Arizona Sunshine because it just came out three days ago and it was one of the most anticipated VR games to be announced.

I picked it up a day before release to be certain that I’d be able to get it on the sale and I’ve got to say… it’s one of the best if not the best VR experience I’ve had yet!

This Is How Top VR Titles Should Be

There are a good amount of VR titles out right now that make VR seem worthy of investing in but not everyone would agree to that. There are a lot of “wave based” shooters and “indie” games that are currently being sold on the platforms.

There haven’t been that many story rich games in VR and Arizona Sunshine, so far, has been a fix for me that I’ve been wanting for a while now.

I’ve never played it but there is a game called Firewatch where you play as a dude that narrates the entire experience in first person. Arizona Sunshine’s main character also does that, making little remarks based on landmarks that you see and situations that pop up.

The voice actor is very good and this is an overall high quality game for VR. When it comes to sound, it’s super crisp in every way. The guns sound awesome, zombies sound real and even the ambient sounds really immerse you into the atmosphere of the game.

To sum this small part up, I can tell that the story is going to get to me as I keep moving forward into the game. The character keeps me immersed and some crazy stuff ends up happening keeping me immersed all the way through!

Granted, I only have a little over 2 hours worth of gameplay done and I’ve only beat three levels – it was still enough time in the game to know what it’s going to be all about.

There is another zombie VR game called HordeZ which moves you very slowly through a map and you have to go for the highest score while keeping yourself alive with your arsenal of weapons.

There is an option for teleporting but I’ve found that the default walking method felt right since it’s more geared as an “arcade” type of zombie game.

Arizona Sunshine is definitely not an arcade title by any means and it’s one of the few titles that doesn’t feel entirely “indie” if you know what I mean.

Sure, it’s not AAA title material but it’s nice to get a fresh sense of something that feels a lot more complete in comparison to most other VR titles that are out today.

You teleport around each level and the Arizona environment works perfect with it. You’re in areas that resemble the Grand Canyon – at least a mountainous area like that.

You can see your hands in-game and you aim down the sites and shoot at zombie’s heads (or at least try to).

By shooting anywhere else you simply stagger the zombies, it’s a lot faster to get them with a shot to the dome.

You move around by teleporting and like in Raw Data there is a stamina cool down to keep people from being able to teleport around infinitely. You can carry up to two items on your belt and then you can dual wield to have a total of four items to carry with you at all time.

You have to really look around and scavenge for items which I absolutely love doing. From opening up drawers to opening the trunk doors of cars, you’ll find ammo, weapons and hats all around! 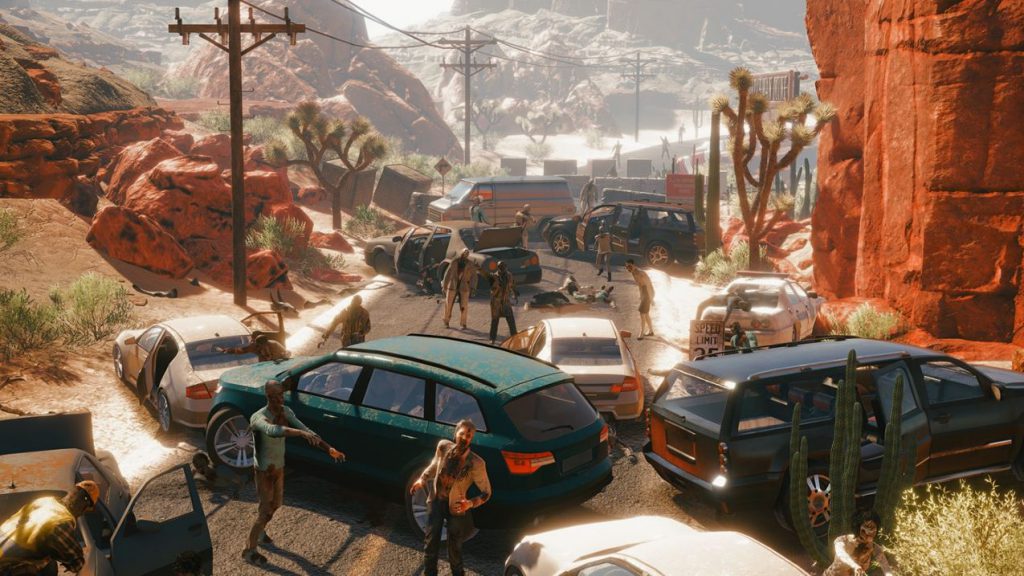 To reload you drop the empty mag by pressing the touch pad in and then moving your weapon to your ammo belt.

This actually feels pretty fluid and it beats having to throw a magazine in your gun every time you run out.

Sure, reloading like that would have added more to the realism but with how many zombies end up popping up at once – running – it’s nice to be able to reload very quickly.

There is a normal, hard and apocalyptic difficulty mode. I started a bit on normal and have now transitioned into hard more to increase the challenge. Right now I’m stuck at a part where a bunch of zombies come swarming in because I run out of ammo pretty fast but I’m sure I’ll end up figuring it out somehow!

That’s for the campaign which I’m not sure how long it will take but I’ve seen on average people have been able to beat it within 3-4 hours. I plan to play through it on hard and then once again on apocalyptic mode.

There is also another game mode called horde which I’m sure is a wave based mode but I have yet to give it a shot. I want to beat the campaign first before trying out another mode!

It’s also possible to play with another player which would help so much and I’m sure it’s almost essential for apocalyptic mode because there are crazy hordes of zombies even on hard mode.

When you find hats or masks in each level you can wear them and I’m sure that feature is for the multiplayer aspect. I really hope they have future plans for possibly other campaigns or other modes to add that much more to the game!

Taking screen shots while playing a VR game can be kind of hard depending on the game. You have to hold the bottom system button and then push the trigger to take a screen shot.

With Arizona Sunshine this means that you’ll also shoot your gun at the same time so it was kind of a waste of ammo for me to do it but oh well, check out some of these sweet shots I got! 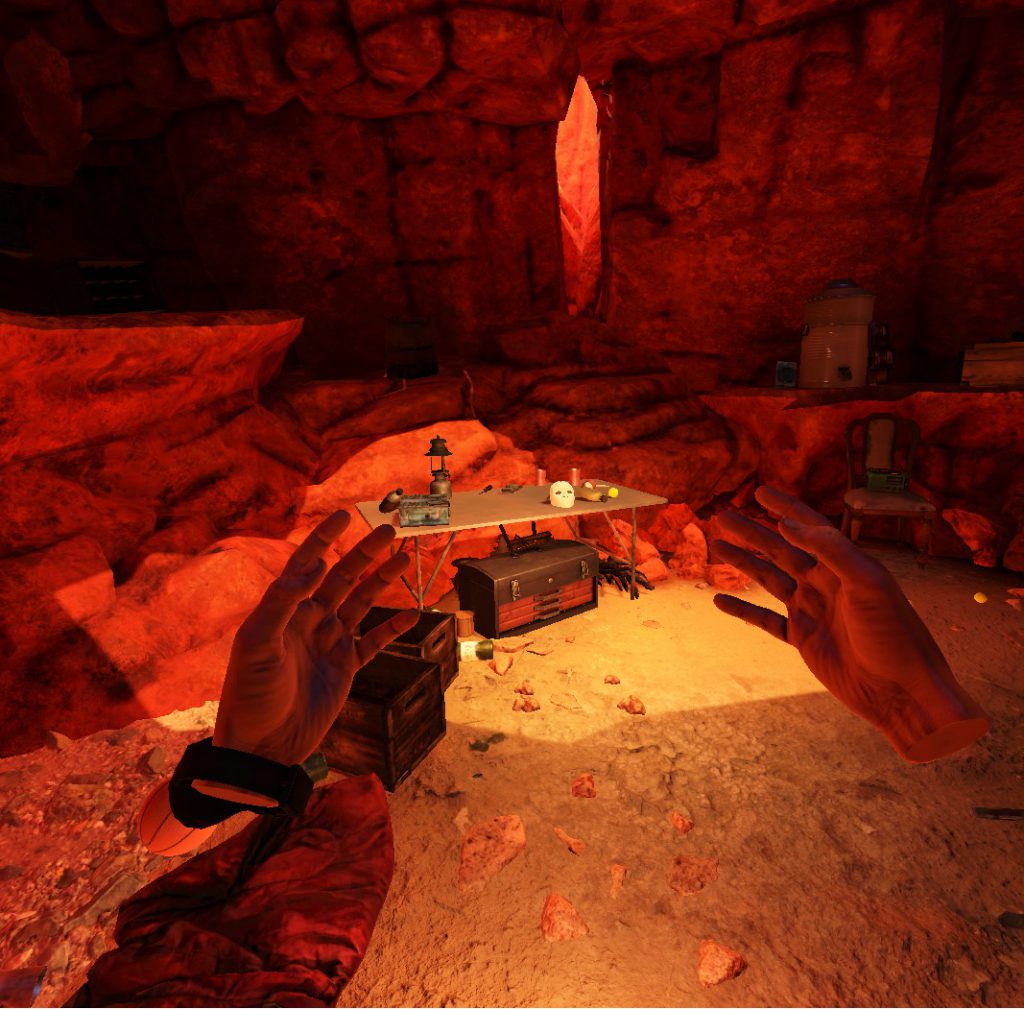 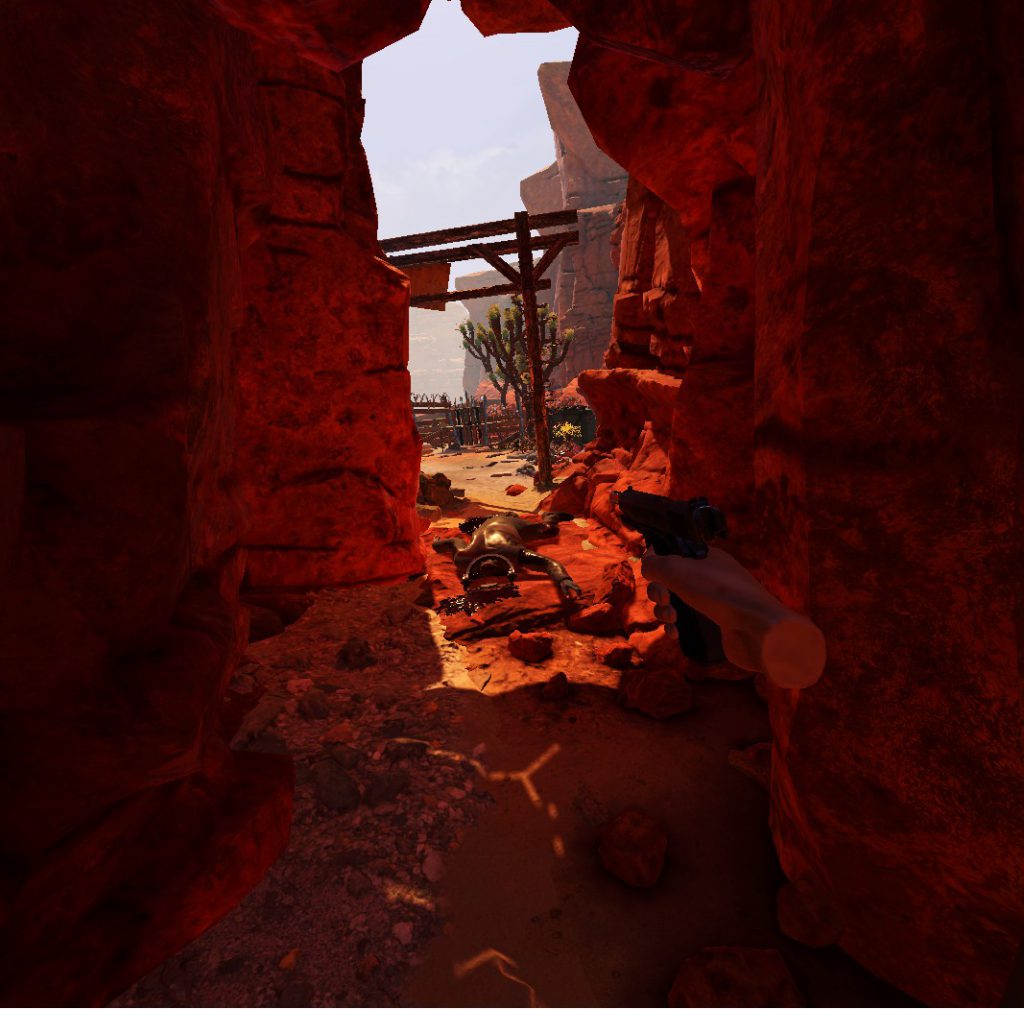 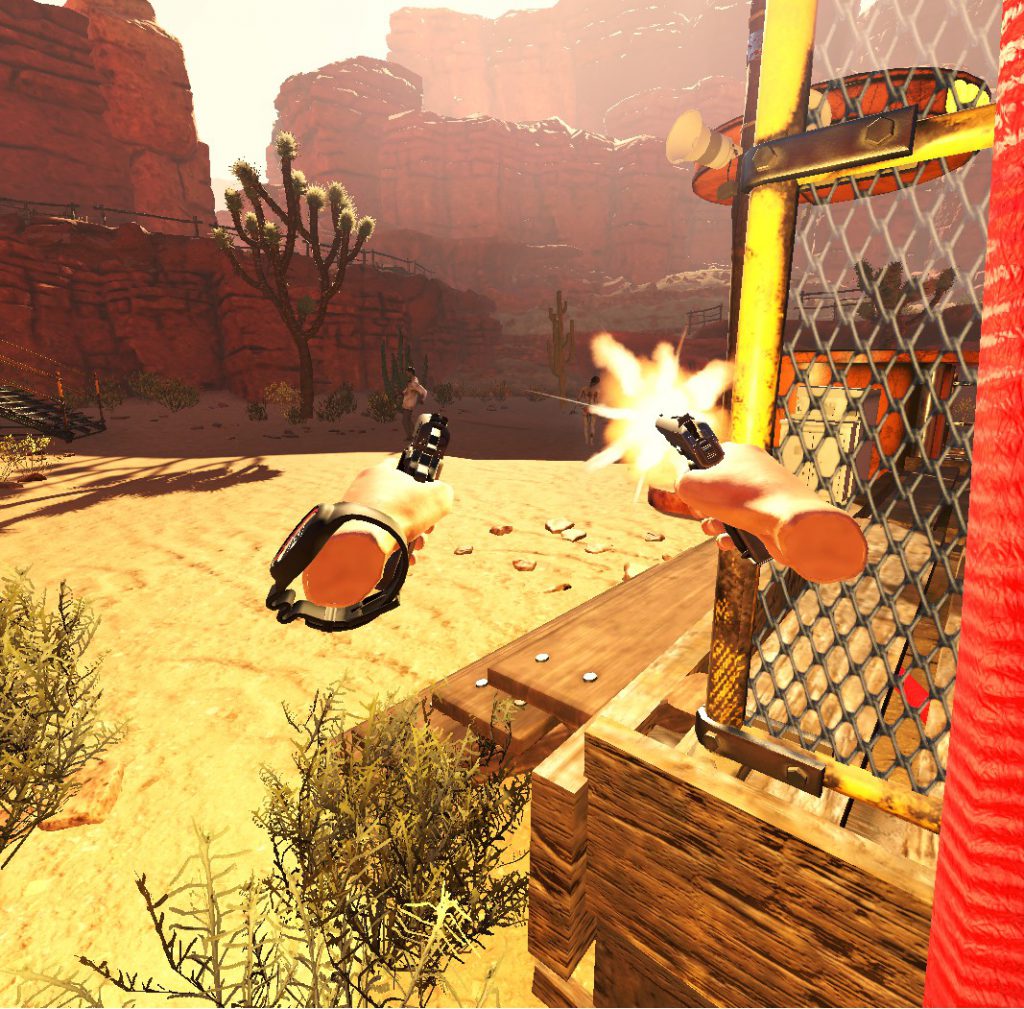 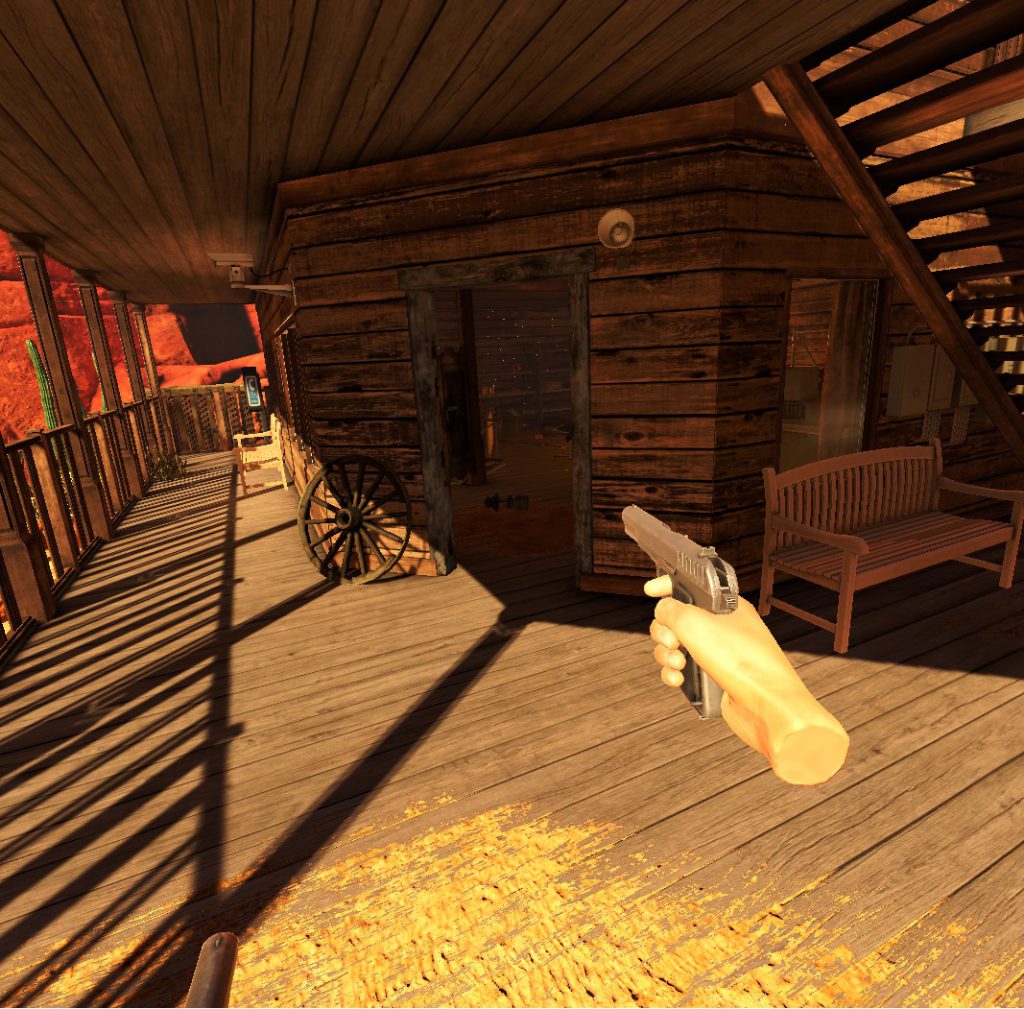 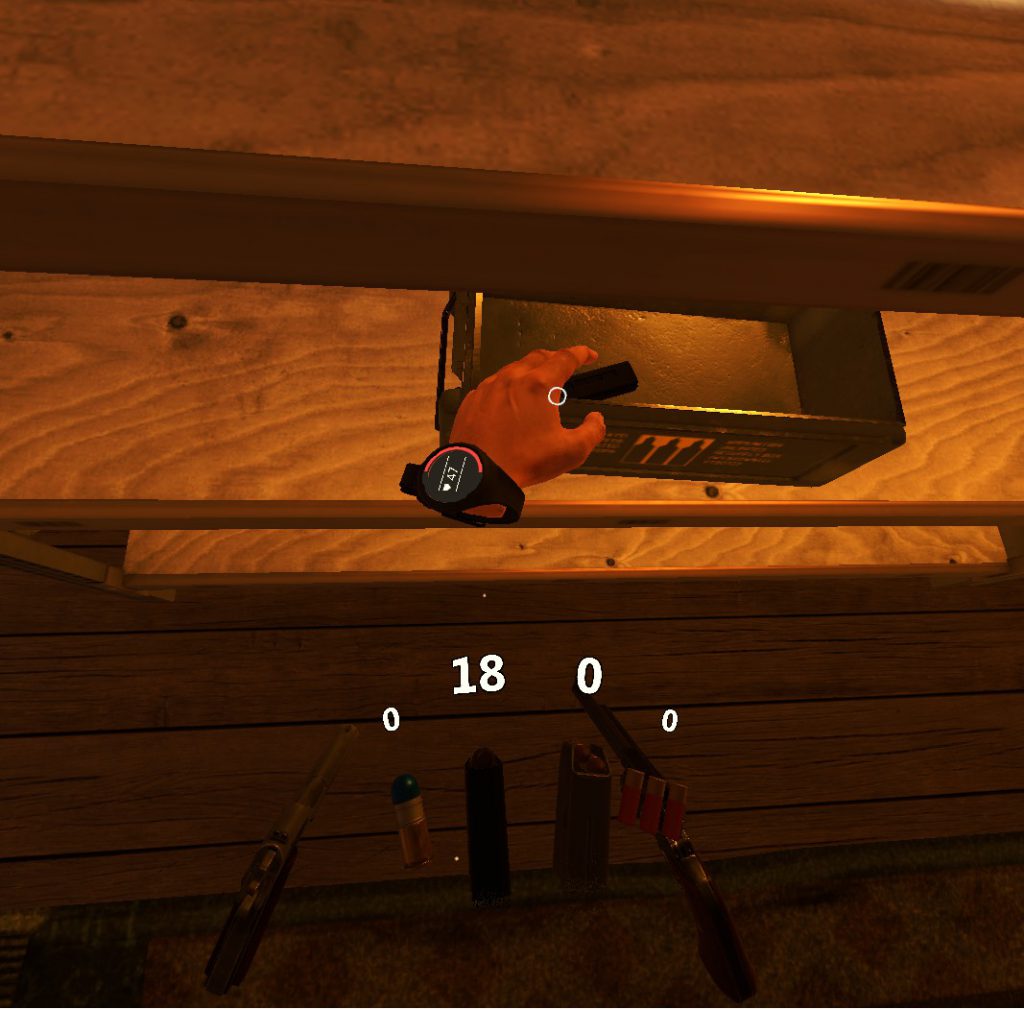 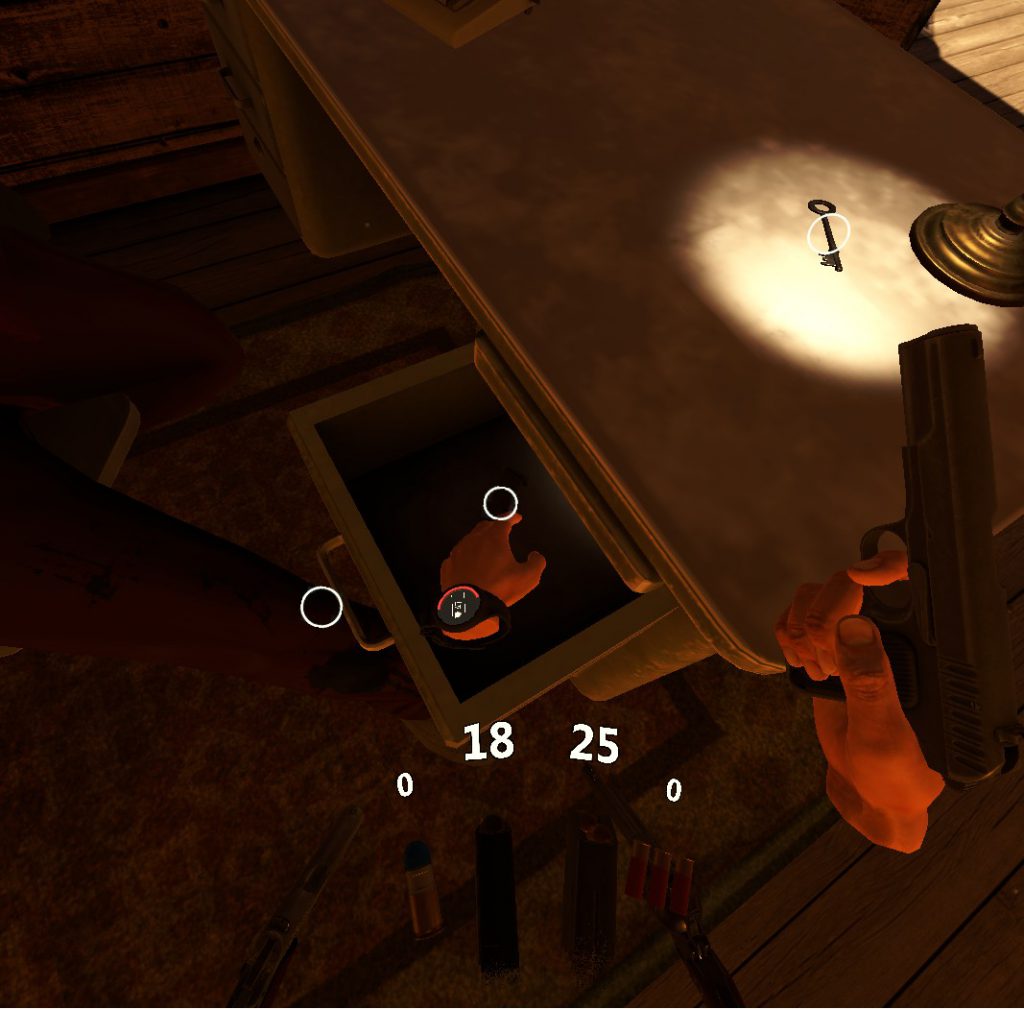 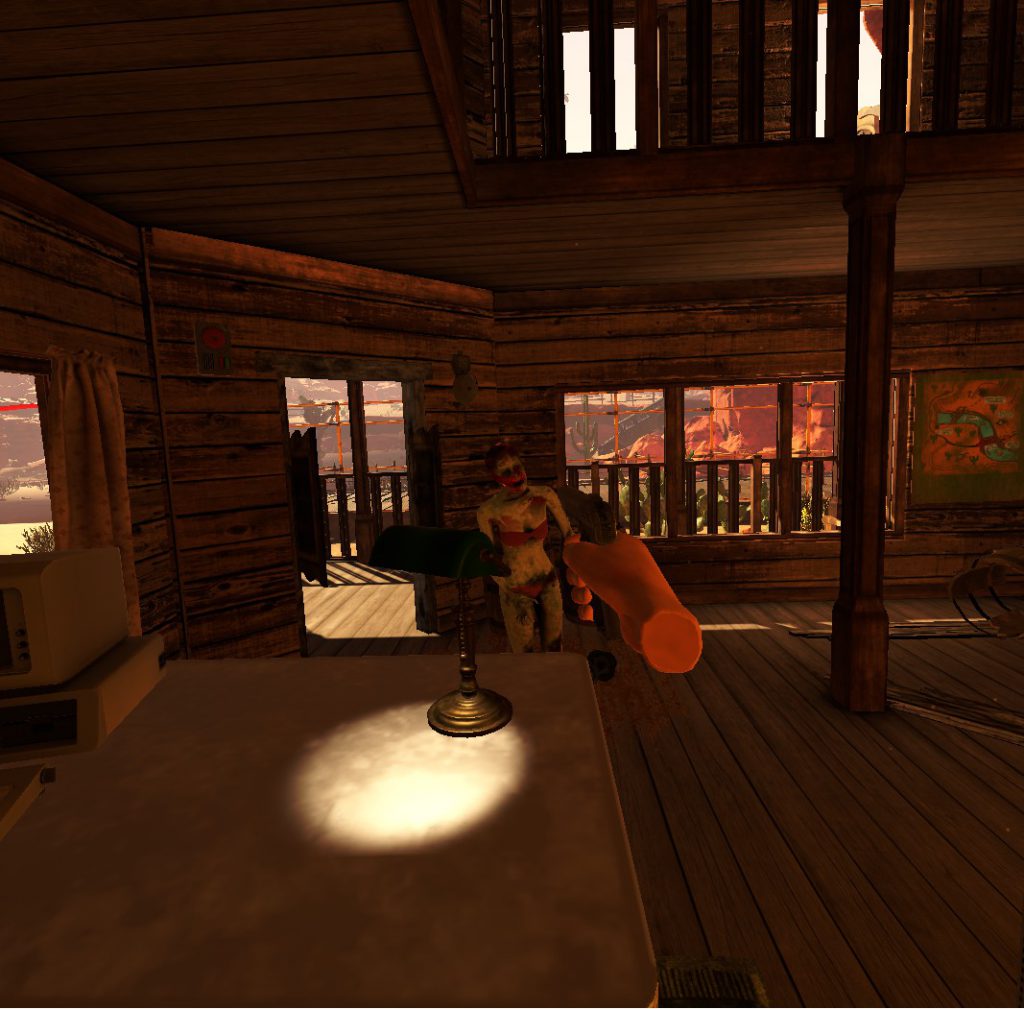 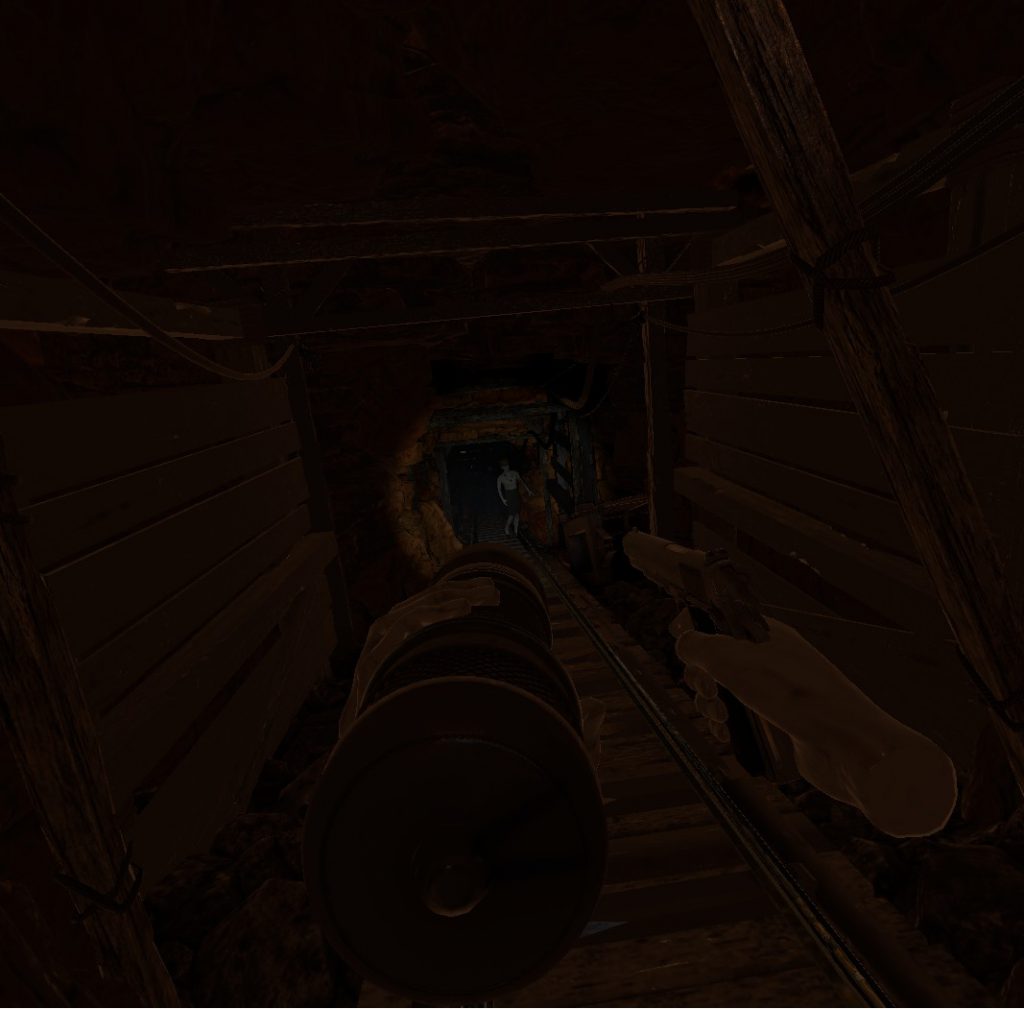 This game has some pretty awesome graphics, it’s fun just to look around and take it all in!

All in all, Arizona Sunshine is basically a must-have title for those of you that have a VR headset.

It is by far one of the best VR games I’ve played and it seems like it’s only going to get better and better as I keep trekking along the campaign for it! My favorite part so far is definitely scavenging around for ammo and new weapons.

So, what do you think of Arizona Sunshine?

Does it sound like a VR title that is a must-buy?