Chivalry: Medieval Warfare for PC is extremely fun and it is my most played game on my Steam account! Prepare yourself for lots of blood and battle cries with this game!

Chivalry: Medieval Warfare puts the player in matches against other real players in a medieval blood bath. You can play as melee and ranged classes and there is a deep character customization menu as well making this a very unique kind of game!

This game is basically the “Call of Duty” of the medieval times, except it is a MUCH better game than any Call of Duty game will ever be.

Basically you pick your team, either you fight for Agatha or for the Mason Order, and you go head to head against other players in different game modes such as regular team deathmatch and team objective type matches.

You will lose a lot of battles… but you’ll also become victorious in many. It’s all about getting good with a type of character that best suits you. 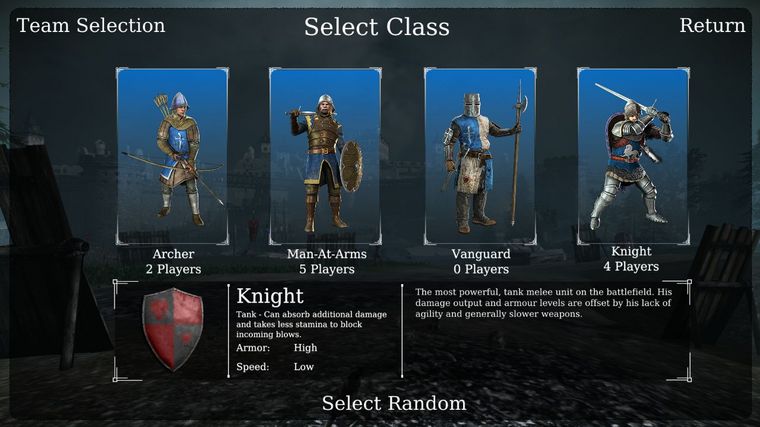 There is an archer that can have bows, crossbows and javelins as ranged weapons and knives/short swords as a secondary weapon choice. These guys can kill from afar, but they can die a lot easier than the other classes.

A fast melee class known as the man-at-arms can dash in any direction by pressing “V”. This is extremely helpful because you can dodge and trick your enemies and get behind them to defeat them. These guys can be pretty good but they also die pretty fast. Avoid getting hit. Man-at-arms players can be equipped with swords/axes and shields but optionally they can throw fire bombs.

The next class is known as a vanguard. As a vanguard you use two handed weapons such as two handed swords and pole arms/spears. After you sprint for a bit you can do a very strong charge attack that kills the lighter classes in one hit. These guys can take a hit.

The heaviest class is the knight. The knight equips large shields, two handed weapons, hammers and flails. They are the slowest of the rest of the classes but they can take the most hits. They also hit very hard, especially when equipped with the warhammer.

I have over 120 hours put into Chivalry and I’ve noticed that when a team sticks together, they usually do very good.

I usually play as an archer, throwing javelins into my enemies before they can get up close to me. Once they get close, I usually stab them multiple times with my javelin to finish the job. I also use a sabre as a side weapon in case I run out of javelins to throw. (I throw a lot!) 🙂

Enemies can easily flank you (that’s what I usually do) and so you should always watch your back and also watch from above you! (See screen shot above)

If you are with your team then you’ll be able to do more damage and defeat the enemy team faster. When you are around your team mates as well as the enemy, try to stab by doing a scroll wheel up. By doing this, you lessen the chance of hitting your team mates!

The Game Is Designed Beautifully

The graphics are actually very well done, I really like the art style of the maps and everything as a whole, really. It is also a very well optimized game so a lot of different PC rigs will be able to run it very well!

Check out this screen shot that I captured on one of the smallest maps in the game. 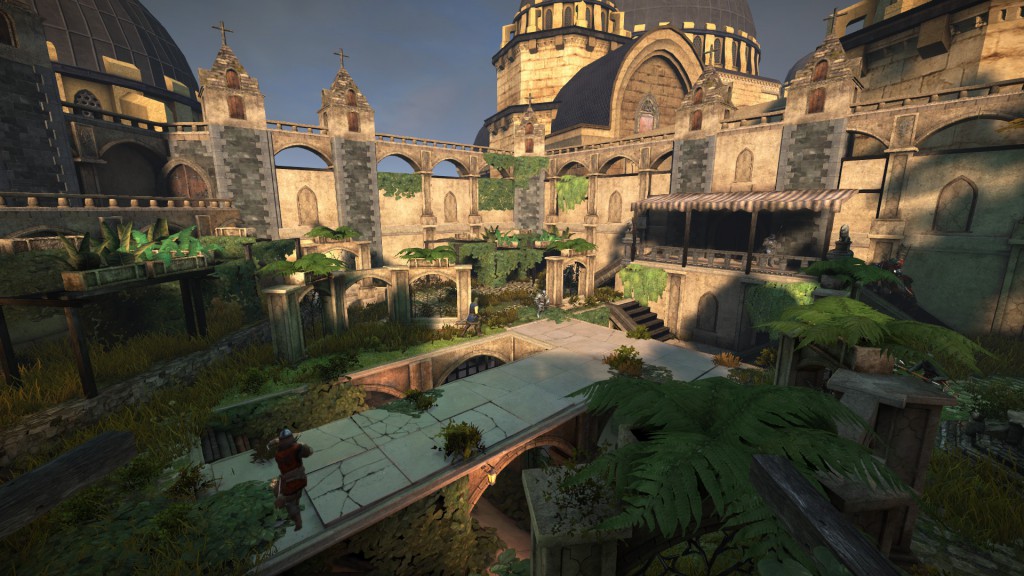 This is one of my all time favorite games and the graphics style is a big reason why!

Customization Is Cool, Pay For Cosmetics

The character customization is pretty detailed, you get to customize the pattern of your tabard to the emblem that is on your armor and your shields.

You can mix and match a bunch of different colors to create a unique character that you like. You can design characters for the Agatha side and the Mason Order side along with a free for all character.

When you design characters for a certain team then you have to stay within their color schemes.

Customization is pretty fun to play around with. As you rank up your levels with each class then you can unlock veteran equipment.

You can also buy different pieces of equipment for real life currency but don’t worry, it doesn’t add any stats it is only for cosmetic reasons.

There is also some gear that can only be unlocked by owning a certain game on Steam such as Depth.

Take another gander at the graphics for this game, I love them and took these screen shots for ya! 🙂 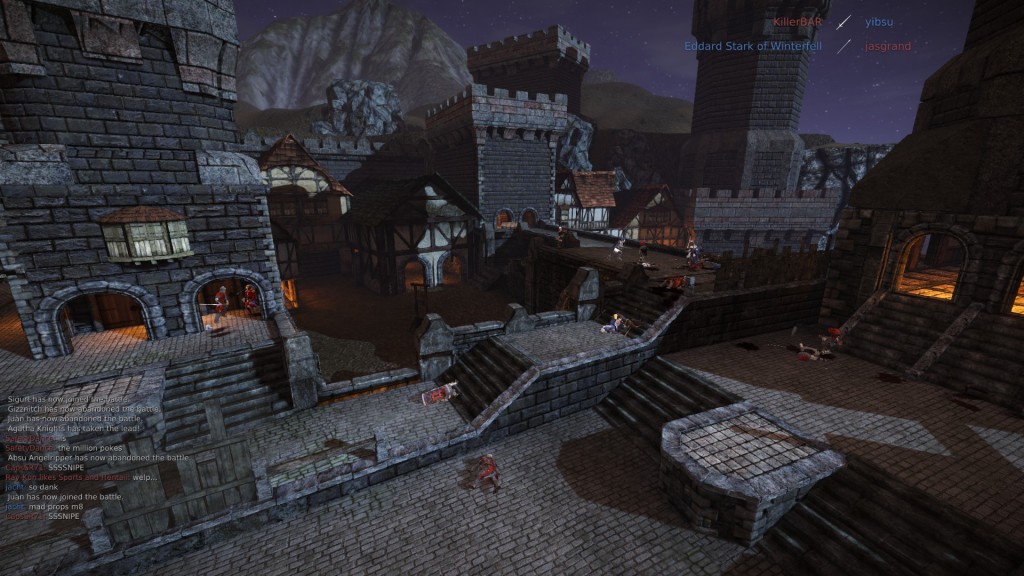 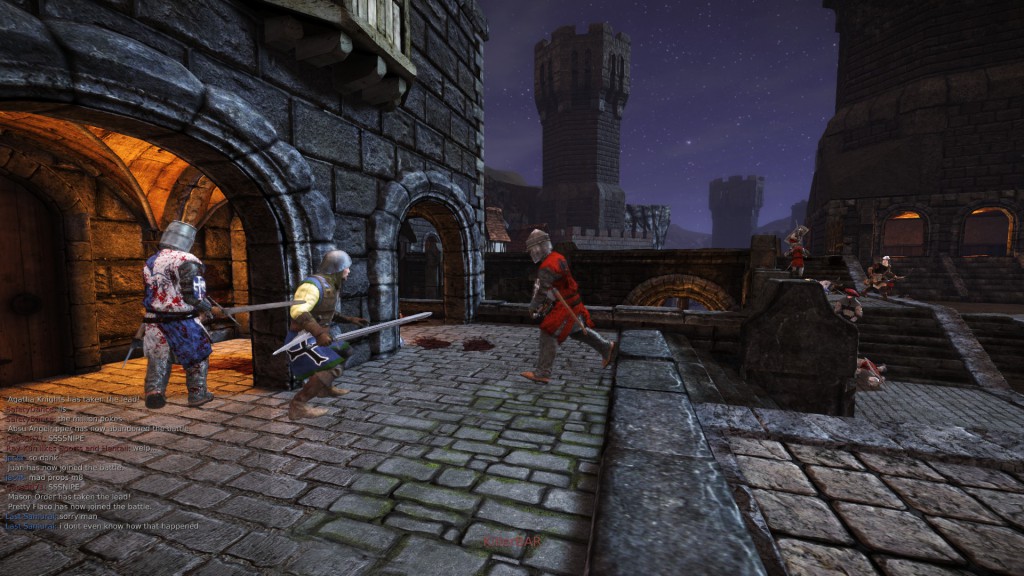 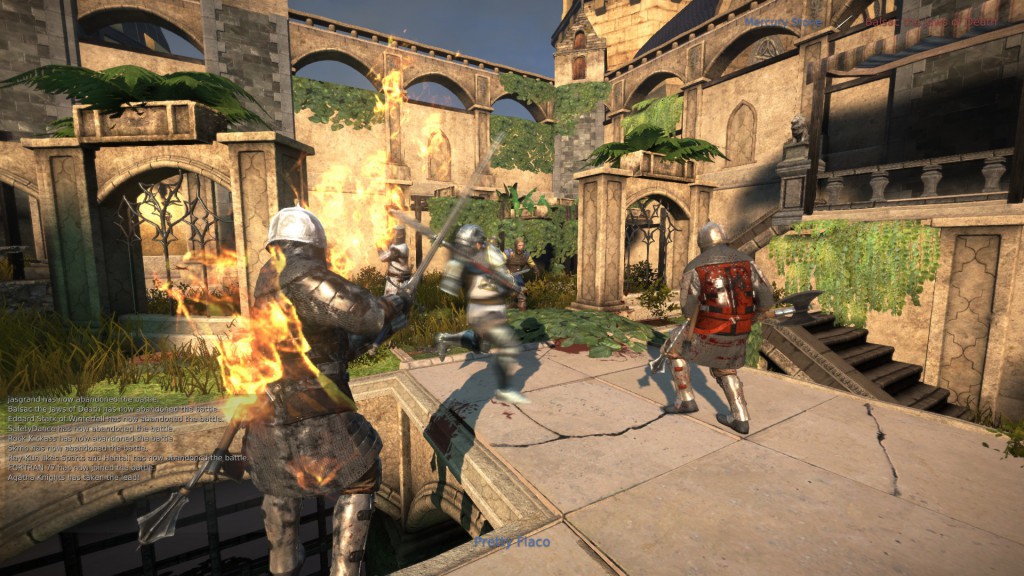 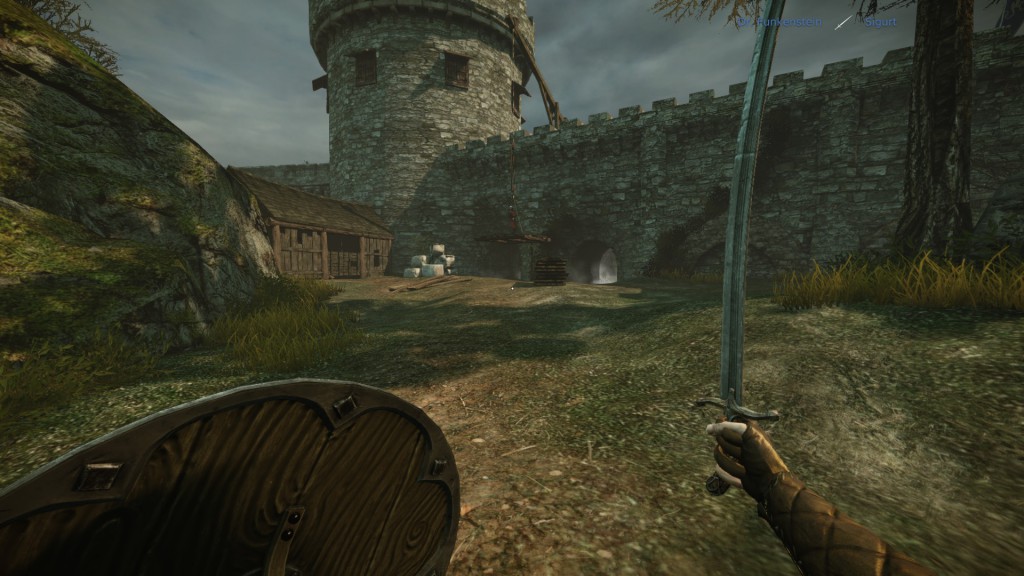 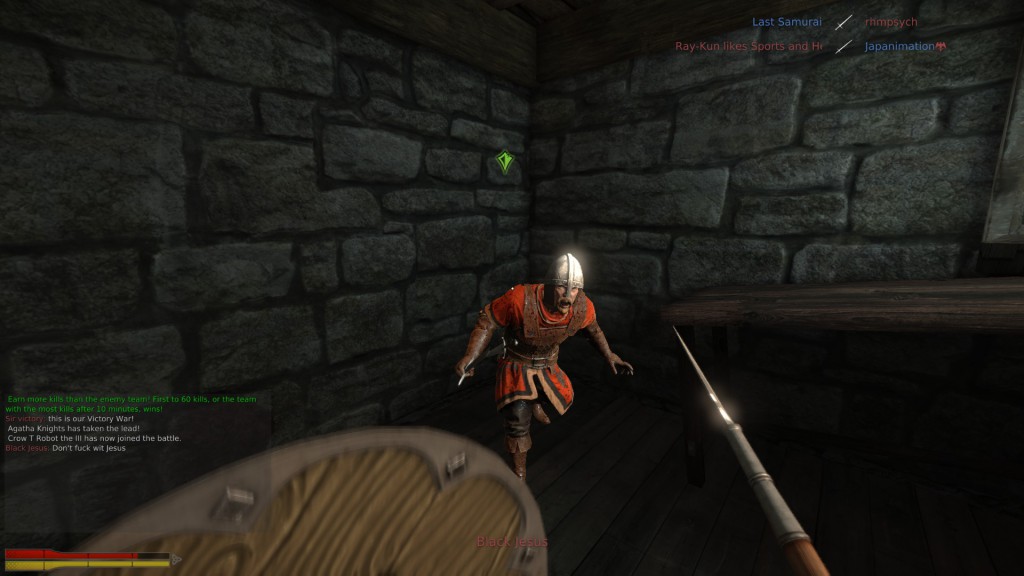 All in all, Chivalry is definitely worth adding to your library! It is my most played game on Steam and I’ve been playing it for a long time.

What are your thoughts on Chivalry? Have you played it before?