It’s time to review the CyberPowerPC Gamer Panzer PVR1050 gaming computer because it’s becoming a hot seller and someone needs to explain what it’s capable of!

CyberPowerPC has been around for a long time now and recently they’ve been coming out with new pre-built desktops that include the new hardware. That’s great but it’s also great to understand whether or not it’s worth it when looking at power per dollar spent.

With that, let’s get to the review! 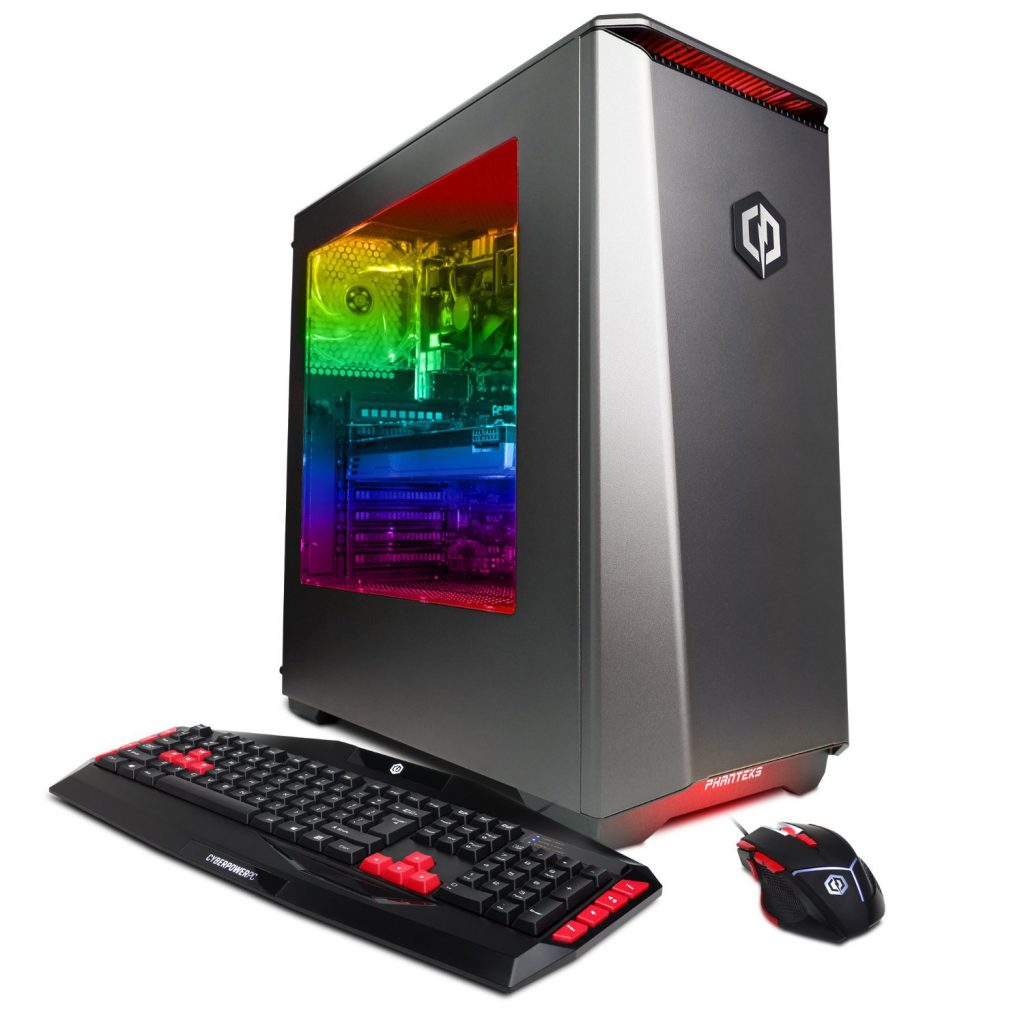 Yes, It Is Ready For Virtual Reality

Most of the new pre-built desktops that have been coming out in the past few months, including this one, have been advertised as being “VR ready” and for the most part, they really are.

Virtual reality today includes the HTC Vive and the Oculus Rift. Both headsets require basically the same system requirements so it makes sense to make sure that the hardware of your PC matches up with the requirements listed from the official teams behind the headsets.

Below is a screen shot of the system requirements for both the HTC Vive and the Oculus Rift.

The specs of this PC surpasses the minimum requirements for virtual reality but I’d like to get into the hardware specifics in the next section.

My current PC build is at the minimum for the graphics card and a good bit higher when it comes to the processor. 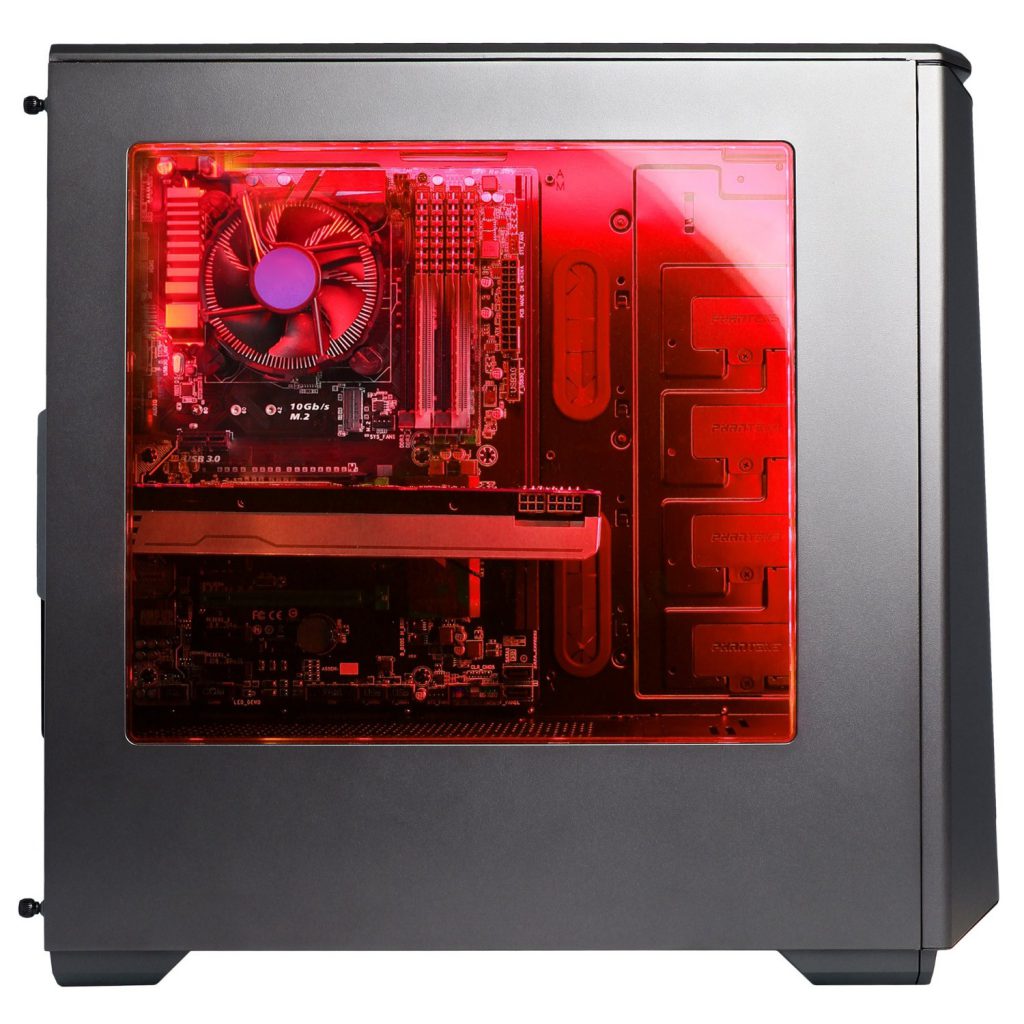 The RX 480 is AMD’s answer to the high end graphics department for a decent price point. It is comparable to the GTX 970 but with a little more kick behind it.

I use a GTX 970 in my build and I have been using the Vive since Summer time so I have a good general idea of how smooth the gameplay needs to be in order to be able to enjoy the overall experience.

An RX 480 is more than enough for today’s VR and the future’s as well. Even the 4GB version would do fine but how I see it is the more the merrier, it’s inevitable that more video memory will be needed in the far future of gaming.

My overall gameplay experience has been 60 FPS all around so far and I’ve played games such as Onward and Raw Data. Although Raw Data needs to be ran at high settings and 1.6/1.7 resolution scale to be playable, it still looks and feels great.

With this card being a bit better than a GTX 970 then you can expect similar if not noticeably better results than what I’ve been able to get.

I’m not entirely certain what brand is used but I’ve read that MSI cards are used on other models so I’ll go ahead and assume that it is MSI’s RX 480 that is being used but again, I can’t be for certain.

To sum up the graphics card, it’s good to go. It’ll be able to run all of today’s games on higher/highest settings with 60 FPS (depending on the game and it’s optimization of course).

The Processor Checks Out As Well 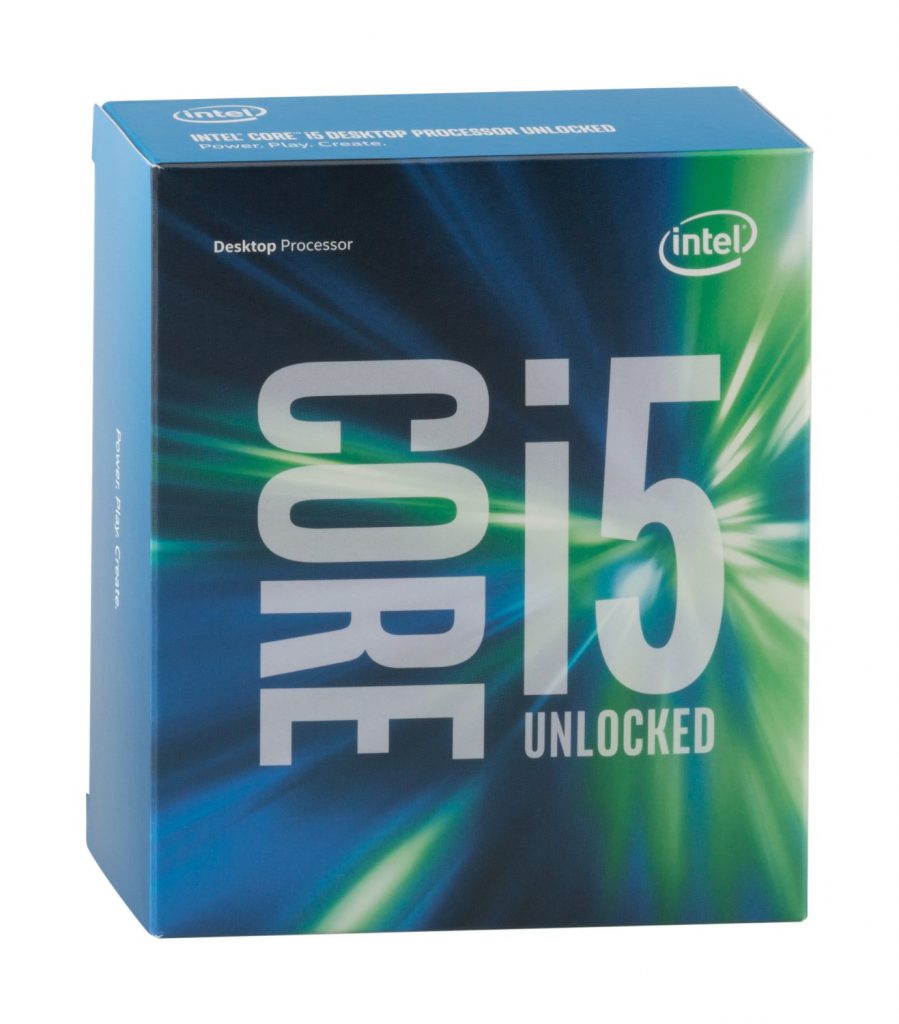 For a CPU, CyberPowerPC included the Intel Core i5-6600k. This is the newest generation of processors from Intel and the 6600k is the highest performing i5 in that generation.

As shown in the picture in the previous section of the inside of the PC, it seems like they’re using a stock cooler for the CPU. This really doesn’t make sense to me since you’ll need more than a stock cooler to overclock the 6600k but either way, it’s still a good CPU to have.

That’s what the “K” stands for in 6600k. Non-k versions simply mean that they aren’t designed to be able to overclock. If you were to buy the i5-6600k by itself it wouldn’t come with a stock cooler since the point of it is to overclock it whenever you deem it necessary.

Maybe CyberPowerPC but a deal with Intel to be able to use the 6600k with a stock cooler but I feel like they could have saved a bit of money and possibly made the PC a bit cheaper if they went with the normal i5-6600.

If they’re using the stock cooler anyway then why not use a version that is meant for the stock cooler? Beats me, but for whatever reason, the 6600k is still more than enough for the future of PC gaming.

Besides, if you really wanted to, there are ways to remove the stock cooler so that you can install an aftermarket cooler that is capable for overclocking. It’s just that the process is a bit tedious and not everyone would want to go through a process like that.

Even though it doesn’t make complete sense to have the 6600k without an aftermarket cooler, it’s still going to perform extremely well!

The Other Parts Also Make Sense 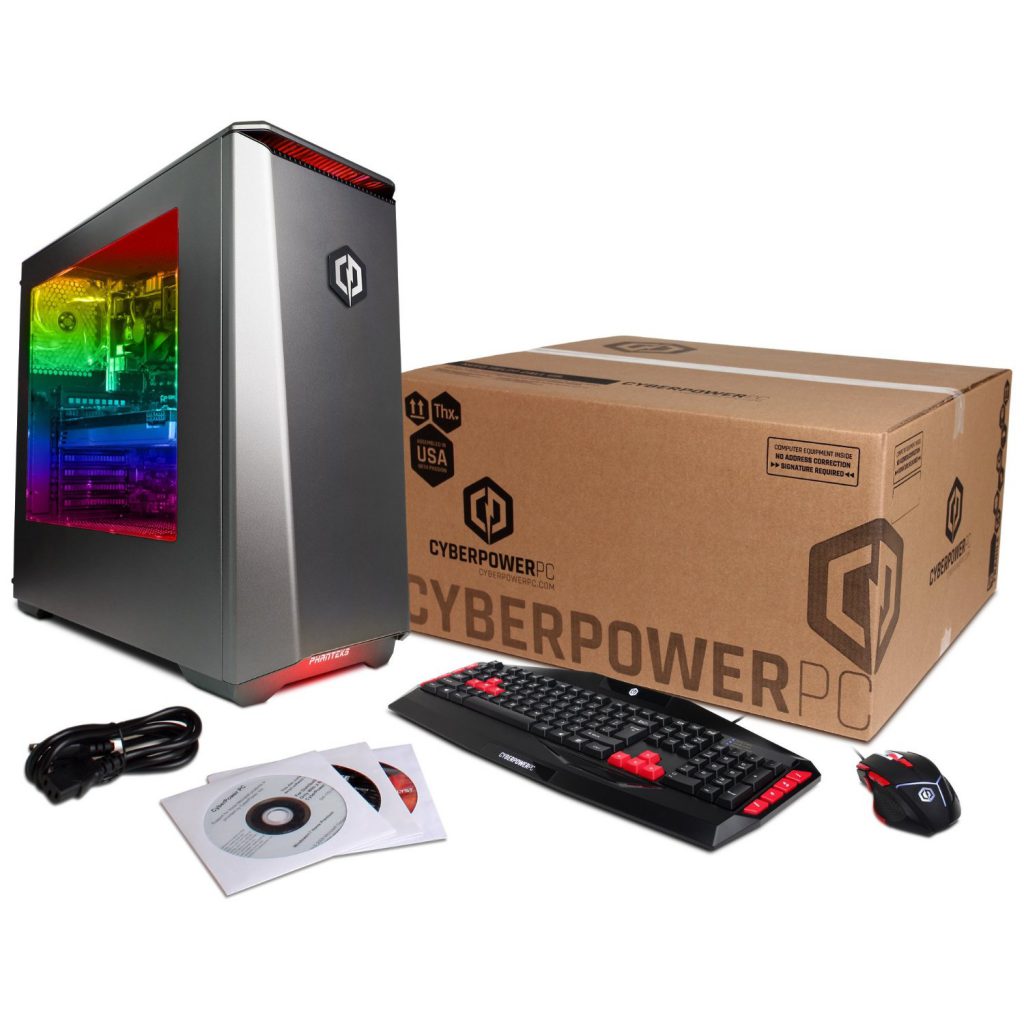 Everything else about this PC lines up to make a pretty decent setup.

It also comes with 8GB of DDR4 RAM, a 2TB hard drive, a 600 watt power supply, a keyboard/mouse and RGB lighting inside the case.

8GB of DDR4 RAM is today’s standard and it’s going to be that way for a good while yet.

Sure, more RAM will be needed down the road for gaming but it’s really not anything to worry about for years to come and DDR4 is the newest, fastest type of RAM to date.

2TB of hard drive space is going to be more than enough for virtually everything you plan on having. 100’s of games along with your most used software as well as pictures/videos – 2TB will be enough for it all.

600W of power will be more than enough for everything including if you decided to overclock down the road after getting an aftermarket cooler installed for the CPU.

The RGB lighting is pretty awesome. No, you won’t be able to have a mutli-colored interior like what is pictured. That’s just to show you all of the different colors that you’ll be able to switch between.

All of this combined with the performance specs really packs a punch, this PC is totally capable of high quality 1080p gaming, maybe even some 1440p gaming and of course, VR gaming as well.

So Should You Build Your Own?

That decision is entirely up to you. But you should know that by spending this amount of money on a PC build of your own you’d get more power per dollar spent. Not a super significant difference but enough of one to make sure that you’re aware of it.

I encourage you to check out the PC build guide I have here for around this same amount, compare and contrast the differences for yourself and see if it’s worth it to you. An RX 480 is comparable to a GTX 970 where a GTX 1060 is comparable to a GTX 980 at DX11. Though when looking at DX12, they’re pretty much neck to neck. It would depend on the game as to which one would have better performance. Personally, I favor nVidia because of how consistent they are with driver updates.

Also be sure to check out the Amazon reviews that others have written about this PC, the reviews don’t lie – they’re real people that really have tried out this PC.

Pre-built PCs have their pros – you get a 1 year warranty as well as lifetime tech support. Plus you’ll have Windows 10 already installed, it’ll be ready to be used right out of the box.

The mark up isn’t too terrible and I could see how this pre-built would make sense for those that really don’t want to dive into the world of building their own PC (even though it’s a A LOT of fun!). 🙂

So, are you going to be picking up this PC?

Or do you think you’d want to do a build of your own instead?

5 thoughts on “CyberPowerPC Gamer Panzer PVR1050 Review, Should You Build Your Own Instead?”