It’s time to review the CybertronPC Shockwave X6-9600 gaming computer because although it looks extremely awesome, it’s what’s in on the inside that counts.

I’m talking about the specifications, the parts that really count when it comes to having a high quality gaming PC that actually delivers on the PC gaming experience. 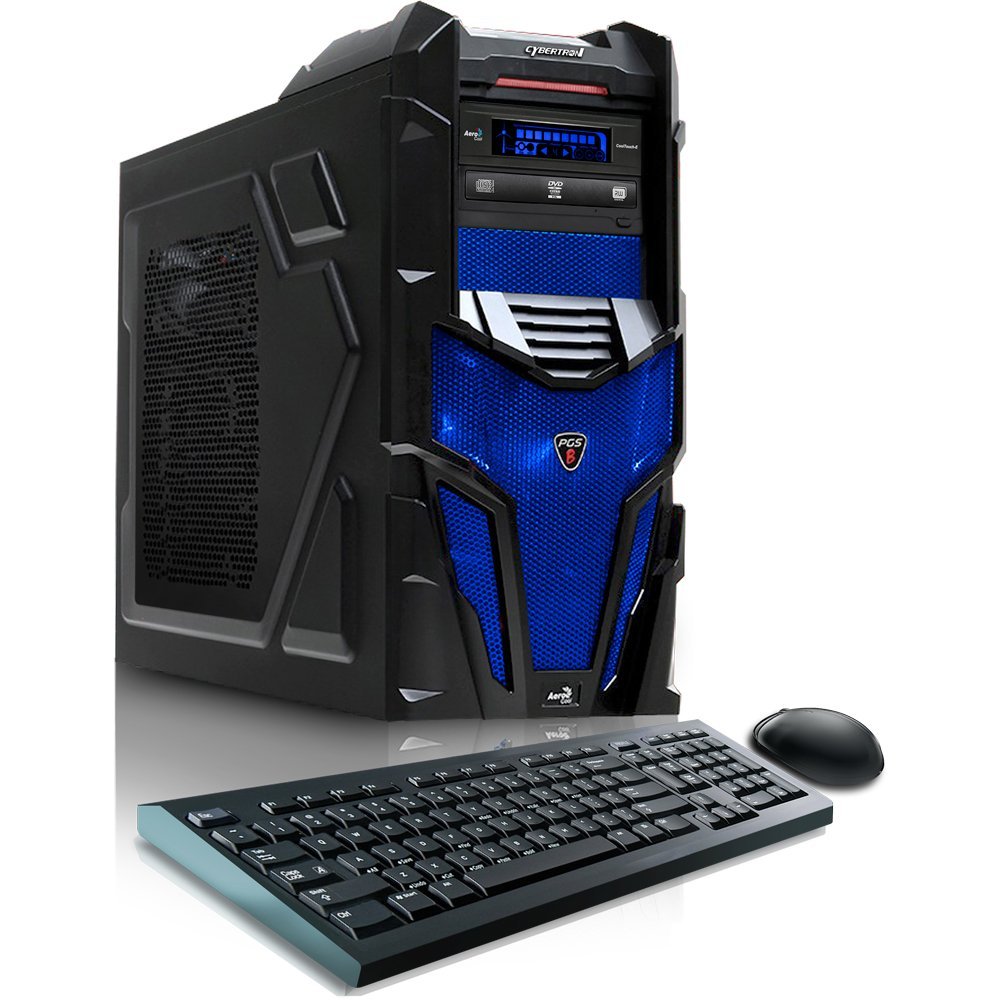 The Shockwave Is Aesthetically Pleasing

What I mean by that is that you’re really paying more for having a gaming PC that has a fan controller and a cool case design. Sure, a keyboard and a mouse also come with – but they’re not really the highest quality if you’re looking at having a nice, expensive gaming computer.

At this price point, you could really have a high quality performance gaming build. Down the road you could also add a fan controller that is better, one that shows temps as well as being able to control fan speeds. 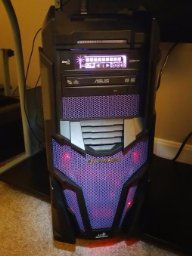 A fan controller is pretty cool but it’s just not an essential part of having a high quality gaming experience which is what PC gaming is all about in the first place.

If you were to spend the same amount on hardware to do a build of your own you would have a much higher performing gaming PC in your hands.

I’ve heard many defenses when it comes to buying a pre-built computer over building your own. From having a clean installation right off the bat to being able to have extra features and a warranty.

The reality behind that is true – for the most part. A clean installation depends on how patient you want to be when you build your own PC. The cables inside of my PC isn’t exactly optimally managed, but everything is connected correctly and it works like a charm.

As far as having a warranty, I know that Amazon has a hardware warranty for anything that comes DOA and I know that other retailers have similar policies.

All in all, getting a pre-built PC is no different than putting a computer together yourself when it comes to how many features you can have. The real difference is the amount of power for every dollar that you spend.

Here’s the thing – when I built my first ever computer for gaming I had absolutely not idea what I was doing. Some school friends of mine boasted about how much better PC gaming was in comparison to console gaming and after hearing that, I did my own research.

The freedom that comes with it, having games that run like a charm, free online multiplayer and more… it sells itself.

I didn’t have any help when I was picking parts, I actually had someone online help me pick out parts with the $500 I had at the time to put the build together myself.

I’m telling you, if you follow the right tutorial on how to build a PC and you follow it to an exact T – you will be able to put it together yourself.

It’s not like you’re putting together a motherboard, you’re simply taking parts that are already 100% made and ready to use and then connecting them all together to make it a computer.

To most, it sounds like you’d need to be a genius to put a computer together. But really all it takes is watching one video on how to do it before and during the process of putting it all together. Within the next couple of hours of putting everything together, you’ve got your PC up and running.

The reason why I’m so for doing a PC build versus having a pre-built is that pre-built PCs sort of rip you off for profit. Let’s get into the hardware and what it really means.

The main parts in ANY gaming computer is the processor and the video card. Those two parts that are going to determine how well you’re able to run a specific game.

Not how cool it looks, not how much it costs or what peripherals it comes with – it comes down to the actual hardware.

These specs are actually worse than what you’d get out of a $600 gaming PC build today and that alone should show you what it really means to buy a pre-built computer.

Yes, you’d be able to run games well enough at a 1080p resolution, it’d actual be ideal to do so. But that experience would last a lot longer on a computer that was put together with maximum power per dollar spent in mind.

16GB of RAM is overkill even at this price point, it’s simply not needed for today’s standard for 1080p gaming. It’d be worth more to have a SSD separate from a HDD… there’s just so much more you could do when spending this kind of money to get into PC gaming.

If you don’t mind learning a new skill (which ANYONE can learn, it’s really not that difficult) then you’re basically going to get ripped off for what you could really bring to the table with $900.

Doing A Build of Your Own Isn’t Hard

By spending a little over $600 on a build of your own you’d be able to have a FX-8350 as the processor and a 4GB GTX 960 instead. That’s a pretty big boost, especially when you think about it being almost $400 cheaper.

By spending a little over $900 on a build you’d be able to have something like a i5-6600 combined with a GTX 970 or an even better video card than that. Specs like that would give you one of the highest quality gaming experiences that you can get on the PC today and in the future.

Sure, you’d also have to include an operating system, keyboard/mouse and a monitor but even with having to buy all of that combined with the build – a $600 build would still be cheaper and perform way better.

Windows would come with the Shockwave as well as a basic keyboard and mouse but I encourage you to do your own build and to buy all of the other stuff with it as well. The link above will show you how that’s done, step by step.

Again – even if you include the price of Windows, a keyboard/mouse and a monitor – you’ll still spend less money than you would with the pre-built and you’d have a much higher performing computer as a result.

For the Shockwave to perform at a $1,000 level you’re going to have to upgrade some parts anyway so doesn’t it make more sense to just do a build of your own anyway?

The FX-6300 combined with a 2GB GTX 960 would still provide a pretty decent experience, don’t get me wrong. Those parts aren’t really “bad” parts, I just really want to emphasize what kinds of parts you could really have when looking at power per dollar spent because I feel that it’s very important to understand before moving into a purchase decision.

The parts inside this PC is going to be able to run Overwatch at 1080p, ultra settings with an average of 60 FPS. That’s ideally what any hardcore PC gamer wants – highest settings at 1080p with the highest frames per second possible.

Overwatch is an extremely well optimized game and I hope that all titles could be just as optimized but that’s just not the case. Although these specs could handle quite a bit, some games just aren’t going to be well optimized so higher specs will be needed for that maximum quality experience.

In this context, I’m more so looking at the future of PC gaming. Is VR gaming on your mind for the future? Maybe gaming on a display that is higher than 1080p resolution? What about running games in the year 2020 on a tweaked high setting?

That’s the type of future you’d expect from a $900/$1,000 PC build. With a pre-built like this, you’ll inevitably have to upgrade the CPU and the video card in order to get those types of quality experiences down the road.

What’s More Important To You?

That’s what it comes down to.

Is maximizing your budget to get the highest performance level possible more important to you?

Or is having a lower performing gaming computer that works right out of the box more important?

I’ve done many different builds now for friends and family after I learned how to do my first build 4 years ago, back when I had no idea what to do.

All it takes is following a simple video step by step and you’d be able to have a lot more bang for your buck. Again, if you want to go down a path of having to upgrade down the road and you don’t mind spending more then maybe this PC would be for you.

The reviews over at Amazon don’t lie – you’d be able to run most of today’s games at higher settings and 1080p. But how long would you want to be able to do that..? If you want to do that 5 years from now, you’d have to upgrade the parts.

So, are you going to be getting this pre-built?

Or are you wanting to do a build of your own to get the most power possible?

2 thoughts on “CybertronPC Shockwave X6-9600 Review, Is It Good Enough?”