The For Honor open beta started this weekend and I’ve been playing it for the past couple of days. So far it seems like a well balanced and fun game!

I could see a competitive side to this as well as a casual portion to it. I don’t really see myself getting competitive with For Honor but it could definitely exist!

Upon starting up and getting through the first cutscene you’re able to pick one of three factions. You can choose to fight for the knights, vikings or samurai.

I picked the vikings because I’ve always resonated with vikings, heck my Ubisoft username is TheParrotViking – has been for a long while – so it makes perfect sense why I’d want to go with the vikings!

Every faction is fighting for control of territory. These territories are split up into the different game modes and as you play you’re able to gain war assets which you use to gain more control over a piece of territory.

I dig this because it reminds me a little bit of Planetside 2 and how they went about having their territorial bonuses. Again, I’m not sure what or if there are any bonuses but it would make sense to include them for the faction with the most territory. 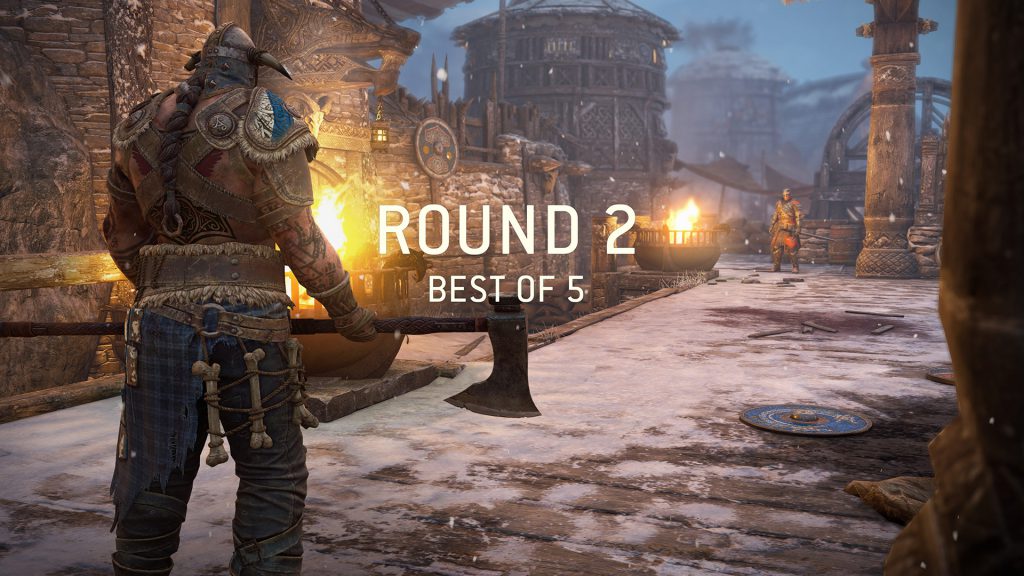 The three game modes are Dominion, Deathmatch and Duel/Brawl.

Dominion is basically a domination type game mode where you must capture 3 different points on the map. A, B and C points.

A and C are the points that are closest to the spawn points of each side and B is constantly being pushed to be captured with the help of a bunch of soldiers.

The soldiers die in one hit from players and they also fight amongst each other. The goal to capture B is to clear out as many of these soldiers as you can at the right time. A good time to capture B is when the other team’s main players are under a bunch of conflict and being distracted.

Deathmatch is exactly what it sounds like. It’s an elimination game mode with no respawn but players can be revived pretty easily.

4v4 action where sometimes it’s best to team up on enemies and other times where it makes more sense to go 1 on 1 with someone. It’s best of 5 rounds!

Duel/Brawl is a 1v1 or 2v2 game mode with the same principal as deathmatch. It’s a fight to the death elimination style with no respawn.

Brawl can get pretty fun, especially with a friend. I usually rush and try to team up on the other guy while avoiding the other enemy right off of the spawn.

The combat system that For Honor uses has been called “The Art of Battle”.

I’ve been playing with a controller since I’m most comfortable with it in third person games. You have to really watch where your opponent is going to hit because you have to match the side that they’re attacking if you want to block their attack.

It’s all about timing and being able to read what your opponent is going to do next. It’s probably best that you watch a video of the combat because it’s kind of hard to explain the details of the combat system through text.

You use the right stick to dictate where you are attacking/blocking. If you want to be aggressive and attack then you have to make sure that you’re attacking at an area where your opponent is not blocking and you have to time your hits just right to avoid getting hit yourself.

You’re able to see where they are targeting/defending when you’re close enough to them. I’m not 100% sure but I think that the lighter characters only show where they are hitting when they are about to hit you. Makes it harder to read but also makes it easier to time your hits right.

I have mainly been playing the heavy viking raider characters not just because it’s the coolest looking character but also because I’ve gotten used to using the heavy axe.

The heavy characters deal an insane amount of damage but that comes to the obvious cost of being a lot slower than the other types of characters.

So far I think that the gameplay overall between the different classes is balanced. Sometimes I feel like my hit should have totally hit or my guard break should have worked but I’m sure that is a result of me not fully understanding how the combat works.

My favorite portion of any video game ever… Customization! 😀

There is a lot of it in For Honor. From the colors on your armor to different pieces of armor to changing the head of your axe… You can customize it all.

There is a male and female version of each character and you can make them look however you want them to look. After each match you have a good chance of receiving a piece of new gear to use and each piece of gear will affect your stats.

Steel is the in-game currency that you get after each match. It’s used to unlock more gear, to unlock new classes and to upgrade current gear.

You can salvage gear that you don’t like for a certain type of points that you use to upgrade your existing gear as well.

So far I’ve come across better gear and it hasn’t made sense to upgrade my existing gear yet but I’m sure that’ll change in time. I only have a few hours in and I’m already able to customize a good bit!

As you level up each class you unlock more symbols, tattoos and colors to change the appearance of your character. You can use these to show off how high of a level you’ve reached with a certain class.

Within the customization menu you can also change your abilities. There are passive and active abilities and each class has their own abilities to choose from.

For example, one passive ability will allow you to gain health when you kill soldiers. Or an active one that increases your movement speed for a certain amount of time.

There is a good bit more that I could explain but I want to go ahead and move on to showing you some screen shots. The rest of the features you’ll have to experience for yourself! 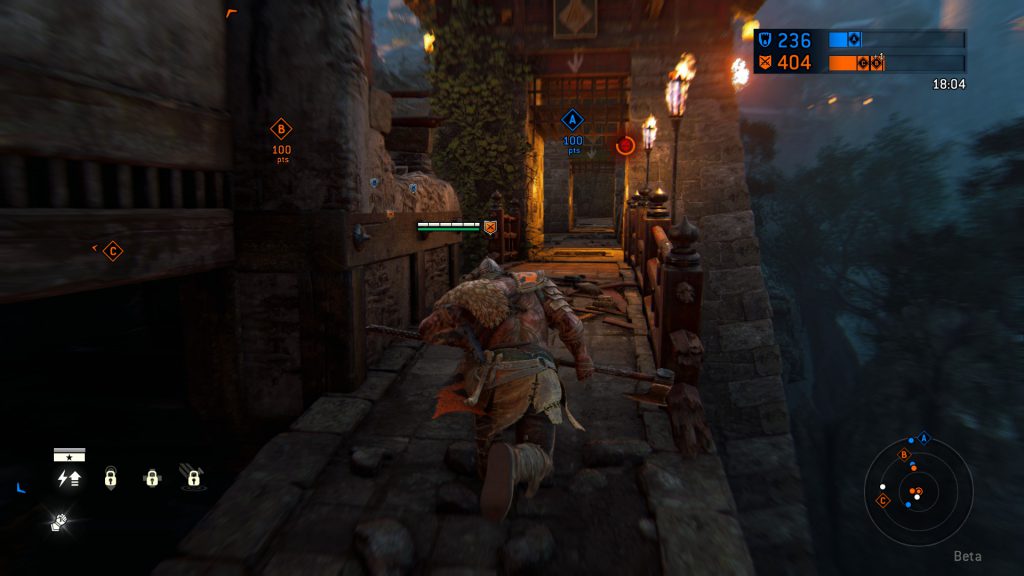 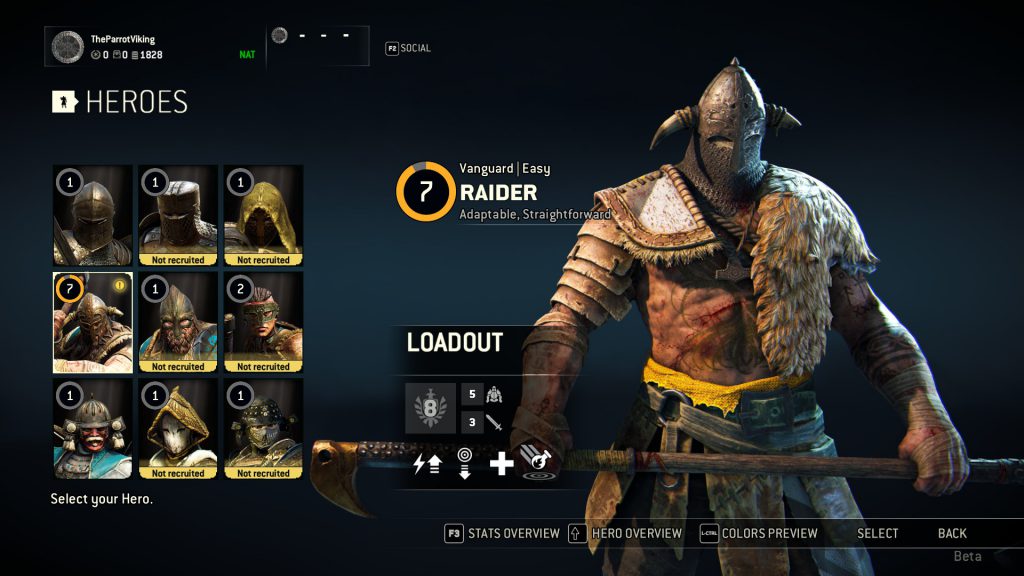 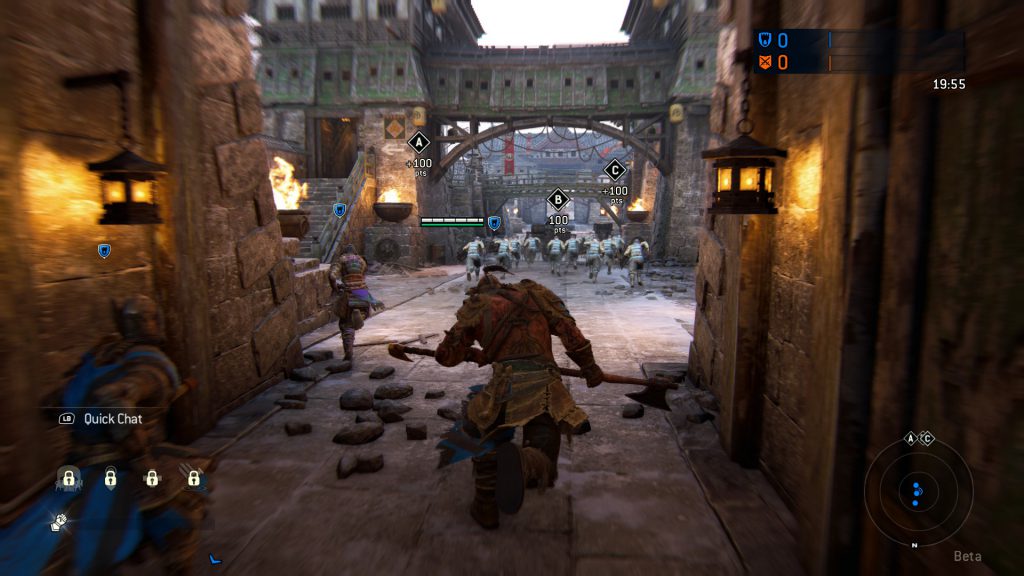 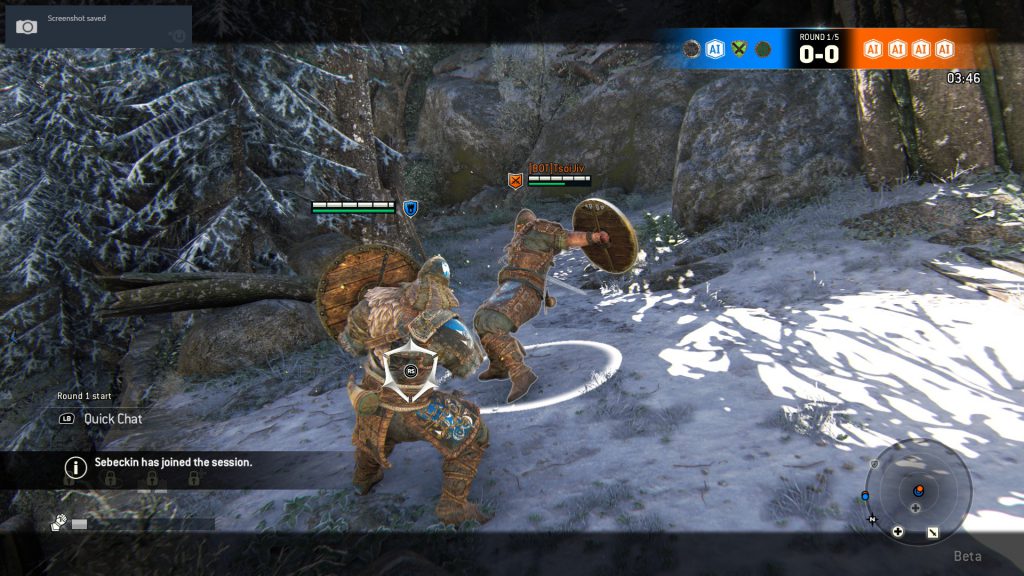 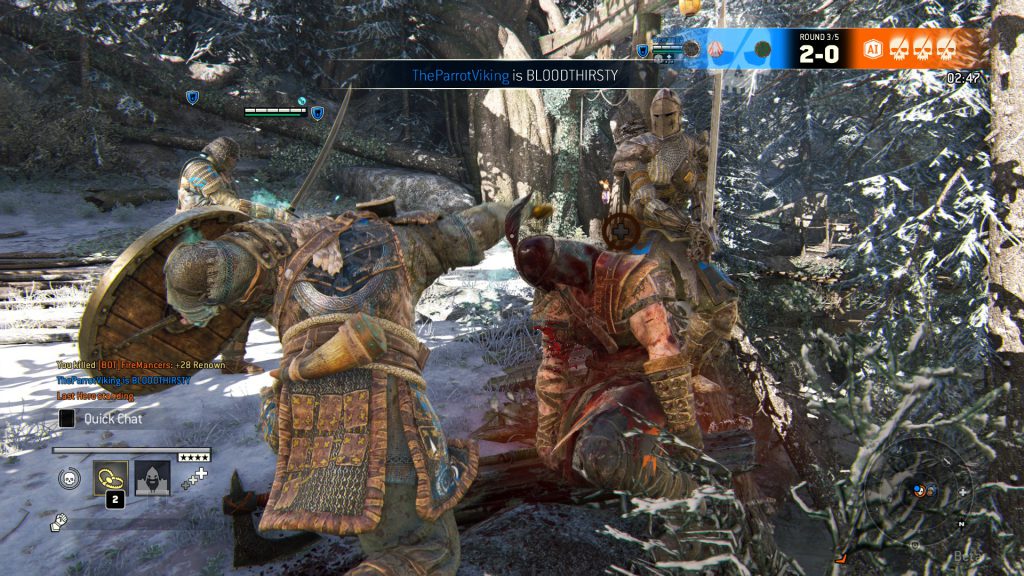 For Honor’s graphics are amazing and the animations are extremely fluid. I’m able to run everything on a tweaked high/max setting and I’m loving it!

You’re also able to choose between different execution animations as well as emotes and what not – they really thought of everything here!

Are You Picking Up For Honor?

I most likely will.

It’s a ton of fun with friends and the full release is going to include 12 maps. The open beta only has 3 and I’m still finding myself playing them over and over again without getting bored!

They’re pretty smart for including an in-depth customization system because without that I would find myself getting tired of the same old song and dance but since there will be even more included on the final release, I’m more than happy to pick it up.

What is your favorite part about For Honor?

Have you gotten involved with the open beta?