It’s time to review the HP Pavilion 22CWA monitor to see if it’d be a suitable choice for PC gaming. There is more to a monitor than what its max resolution is!

Many other factors such as the pixel response, refresh rate and what not must also be known and understood before diving straight into the first good deal that you lay your eyes on. Just because it’s a 1080p screen for around $100 doesn’t mean that it’s a good one. 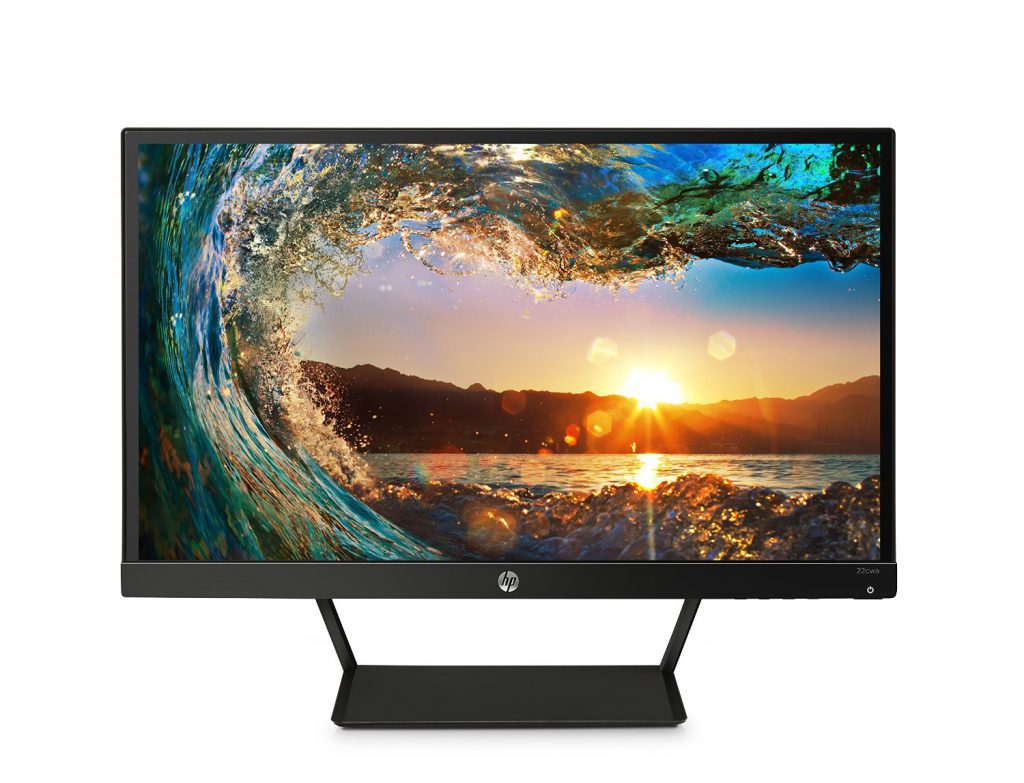 An Important Factor To Ponder

As I brought up above, there are more things to factor in rather than the price point and the resolution of a monitor. There is a lot going on when it comes to a monitor and you want to make sure that the experience is what you’re actually after before making the purchase.

This monitor has a response time of 7ms. This means that it’s able to transition pixels at a rate of 7 milliseconds. On a standard 60hz monitor like this one, a frame is usually displayed in under 17ms.

So, for a monitor to display a smooth display overall it’d want to have the lowest possible response time that is below 17ms to display frames optimally.

7ms is obviously below 17ms but is it good enough? That really comes down to the individual.

If you’re playing competitive Counter Strike: Global Offensive then you’d benefit more getting a monitor that has a 1ms response time and a higher refresh rate.

If you’re going to game casually then you’re not going to have a crazy advantage over others with a monitor that has that 7ms response time along with the 60hz refresh rate.

That’s why I say to look elsewhere if you’re a hardcore, competitive player. If not, then you’re not going to notice anything wrong and it’s not like you’ll be losing more in multiplayer because you don’t have a super monitor.

Other Features To Know About

Now that you understand the response time and refresh rate of the monitor, you’ll know if you’re on the right track towards picking it up.

But there are other features to look at and compare with others that are on the market. Such as the actual screen size, the menu/buttons, the contrast ratio, how it’s able to tilt and the cable that it comes with.

The screen itself is 19.63″ x 15.13″ for those of you that want the exact dimensions. Screen size is important to me and it’s unfortunate to see that there aren’t other sizes for this model. 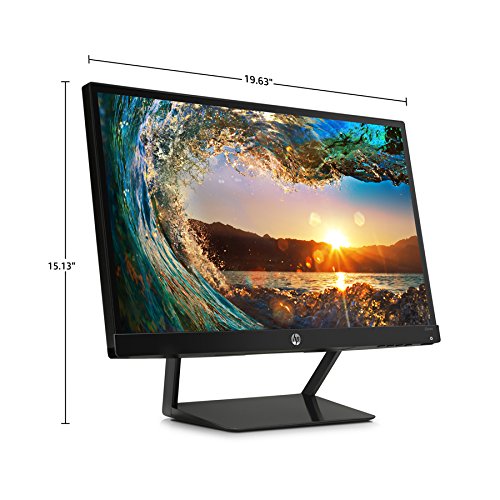 There are other similar models available that are different sizes but they aren’t the overall same build, they are all different in their own way.

As far as the buttons and the menu, simplicity was in mind. The buttons are easy to navigate on the bottom-right corner under the screen. It’s not going to take long at all to get used to.

Contrast ratio measures the darkest blacks and the brightest whites. This ratio is more than enough to be sure that the colors are displayed with quality.

One of my favorites parts about this monitor is that you’re able to tilt it and the method used to tilt the monitor is better than most at this price point.

For example, I’m able to tilt my Asus monitor but it’s not as stable and I’m not able to tilt it as much as this one is able to due to the way that it’s mounted. For some, this won’t be that big of a deal but for some it’s a deal maker!

This monitor is going to come with a VGA cable. It has a VGA and a HDMI display port to be able to use.

I would not recommend using VGA since at this point it’s the outdated type and you’re not going to get the highest possible quality. I don’t understand why they didn’t just bundle in a HDMI cable but I highly recommend picking one up to use.

Compared to something similar such as the Asus VS228H monitor – a monitor that uses DVI – it has higher value there. DVI and HDMI have a very similar level of quality and that Asus monitor came with a DVI cable, therefore not having to go and pick up a HDMI cable.

There are other little things about the monitor that you may want to check out that I decided not to go over. Everything that I’ve talked about are the main factors to know but if you want to know every detail, the link above will help!

Is The HP Pavilion 22CWA Enough?

For the most part, this monitor is a good deal. For what you pay, it comes with everything you’d need when looking at a monitor for 1080p gaming.

Some things that could have been done differently would be having DVI instead of VGA, therefore coming with a DVI cable and having different screen sizes available for the same exact model.

I mentioned it earlier but a monitor that would be considered the “next best thing” would be the Asus VS228H – it comes with the features that I would have liked to see out of this monitor.

All in all, pick this monitor up if you enjoy the overall style of it. Otherwise check out that Asus monitor I mentioned as well! Also, reading up on the reviews from people that are using it would help out as well.

So, are you going to be picking up the HP Pavilion 22CWA after checking out this review?

Or are you a competitive player looking for something that’ll give you that upper hand?