Hey there, have you ever heard of or played the free to play FPS known as Crossfire? It used to be one of my favorite games years ago.

Well I’ve now hopped back into the gameplay of it for that nostalgic feel and also because I remember it being a pretty fun game. There have been a bunch of changes to the game but overall, the gameplay is still just as fun as it used to be those many years ago!

This game is basically SWAT vs. terrorists but in their own form. The gameplay is sort of similar to that of CS:GO but they have their own unique game modes and gameplay mechanics which makes this game a similar yet unique FPS experience.

The Gameplay Is Roughly The Same

Surprisingly enough, there aren’t that many hackers that hop in and ruin the game experience for everyone. 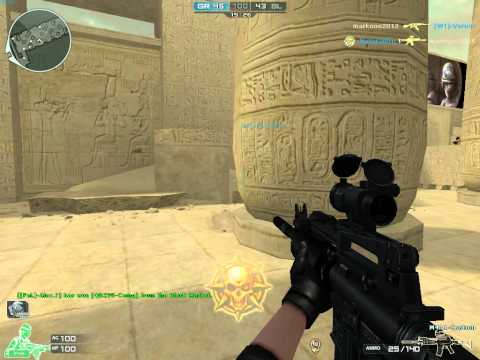 Here and there, just as in almost any other free to play first person shooter you’ll be running into a hacker with an aimbot or being able to see the ghosts in ghost mode and it’s going to make you and your team mad because the enemy team is who has to vote for the kick to be made.

Sometimes you’ll get enemies that actually want a hacker on their team because it helps them out but for the most part they’ll get kicked as long as you ask them to vote for a kick.

Hackers ruin games such as this and whenever there is a hacker in one of my games I tend to get pretty upset simply because I want to be able to play the game organically, the way it was meant to be played. Not me trying to kill some super hacker who is getting multi kills and unstoppables every single time that they respawn.

What also sort of sucks about this is that the players that are actually good sometimes get kicked for simply being good. This happens mainly in ghost mode, which is my favorite game mode. But I’ll talk about that in a bit.

For the most part, the gameplay is still extremely fun and even though I may be making it sound like the hacker deal is a huge problem, it’s really not that big of a deal. It’s only here and there, I’d say maybe 1 out of every 10 games you have a 50% chance of running into a hacker.

All of the other times are usually veteran players who are actually genuinely good at the game. 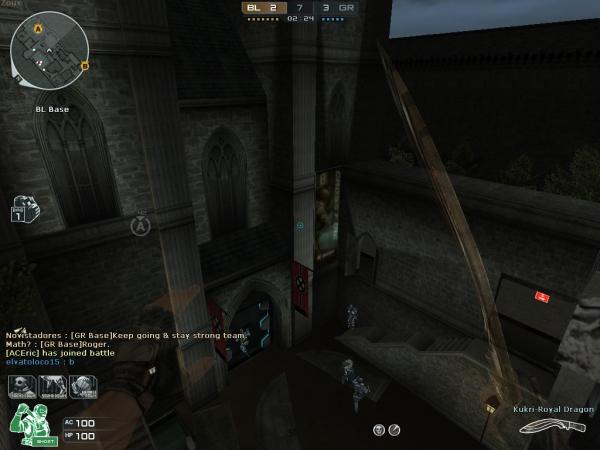 Although it may diminish my overall positive career K.D. because I kind of suck at ghost mode, it’s still the most fun mode to play in my opinion.

The Black List play a ghosts. Ghosts are only able to use melee and are invisible when they aren’t moving. The moment that they start moving they become somewhat visible, enough to be able to get shot at from a distance if you’ve got a good eye watching out for them.

The catch though is that ghosts have a loud breathing mechanic, so it’s a very good idea to be wearing a headset if you’re into this type of mode because you’ll be able to hear your enemies breathing to take them down, given that you are on the Global Risk side.

As a ghost, your mission and your team’s mission is to get the bomb planted either at A or B site on the map and/or to kill every enemy player on the Global Risk team.

It’s an extremely fun and challenging game mode. I love playing both sides but playing as a ghost is what I mainly prefer simply because I’m starting to understand the “bunny hop” technique that most experienced players use in order to move around the map undetected. Look up some YouTube videos of this to get a better picture of what I mean by that, but you can basically move around an entire map without being detected by the Global Risk, resulting in a lot of killing. 🙂

The Changes Are Crazy

There are A BUNCH of new guns to purchase both with the in game GP currency and the real world money currency of ZP.

If you visit their main website you’ll be able to go through most of the weapons that they have in the game and there’s so many that it’s hard to tell how many guns are actually in the game.

There’s also a lot more maps that have been added which I thought was really cool. Each game mode got some new maps and some of these maps actually have unique game changers apart of them. Gravity change, for example.

This gives the game some more variety and replay value because if you get bored of the average team deathmatch grind then you’re able to switch it up and become a mutant for a day instead. The mutant mode where players randomly start as mutants and make other players mutant is a great way to gain EXP and GP if you’re looking for a way to do that!

One of the biggest changes I’ve seen is this new area called the FP mall. FP is a new type of currency which you get for simply playing the game more and more. Y0u fill up this bar which goes empty each day and you’re able to buy unique weapons with the FP for 1 day, 7 days and 30 days worth of time.

I’m not entirely sure why they added that feature but it’s kind of nice to be able to try out a weapon for a day and then not having to repair it at all to save up on GP since you would only buy it for that day, for the most part.

Who knows, maybe you or another player likes one of those weapons so much that they save up for the 30 day amounts simply because it’s a good weapon to use?

All in all, Crossfire is still 100% playable in 2015 and it is looking like they are still continuing to update the game and keeping the servers up for the long haul.

Do you still play Crossfire? Did you used to?

Or maybe you’ve never heard of this game before?