I’ve been diving into the Paragon open beta for the last couple of days and I’d like to share my perspective and opinions on the game overall.

If you’re familiar with MOBAs and you like that style of game then you should definitely give it a shot. Even if you’re not a fan of the MOBA genre I still encourage you to check it out because it’s a lot different than the other ones out there…

To be honest I’m not the biggest fan of Dota or League of Legends but Paragon, in my opinion, really shines a light on how fun a MOBA can actually be!

The first thing that caught my attention was the selection of heroes that they currently have. It’s not that there is a plethora of heroes like in other MOBAs but that might also change since they are adding more heroes before the official release. 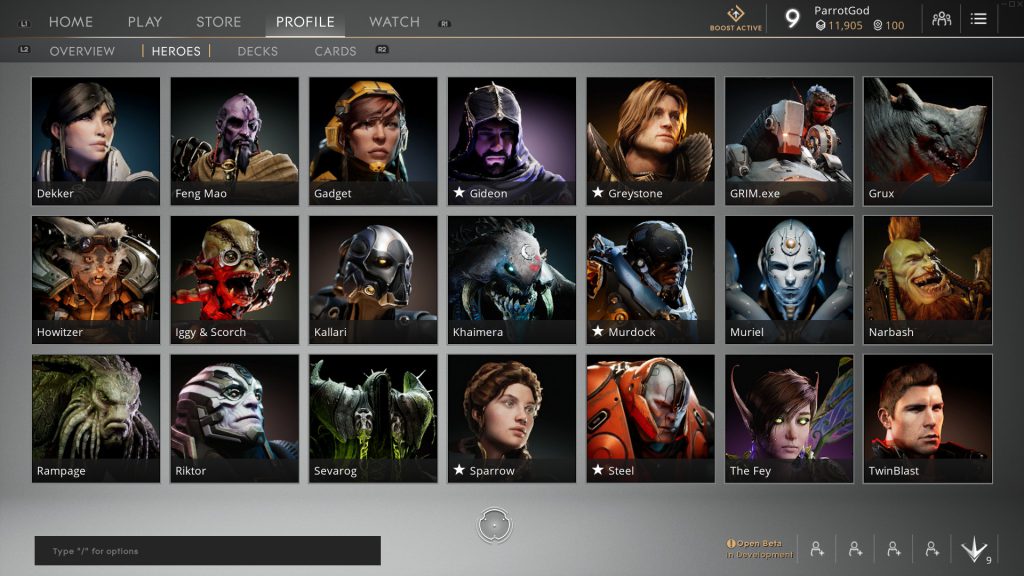 Right now there are 21 different heroes with more that are upcoming according to the games files.

So far I’ve only played about 3 of them and each one has been fun to play with so I can only assume that the rest of the line up would be fun to play as well.

I’ve played as Steel who is more of a tank class that can deal loads of damage. He has abilities to charge forward at enemies and to call up a big shield to protect against enemies.

Playing as Greystone was also more of a “tanking” experience but I noticed that he had less abilities to inflict damage but the other abilities were passive ones that increase health and to revive with 50% health on death.

The most recent hero that I played as was Sevarog who also deals a lot of damage but can also push enemies back when the time is needed.

Each hero has an ultimate ability that you unlock as you play through a match. Like in other MOBAs, you gain experience by defeating minions and other players and then you can level up each skill to different levels to make them even stronger.

Steel’s ultimate ability is a shield smash where he can go up into the air and slam onto enemies with his shield, stunning and knocking them up into the air.

Greystone’s ultimate ability is called reforge which makes it so that when he dies he launches up into the air to slam into nearby enemies and then he gains 50% health in a revive.

Sevarog’s ultimate ability is a colossal blow which deals heavy damage and knocks back enemies quite far, it’s useful when enemies are about to deal good damage to him.

Could Get Very Technical

There are loads of ways to add more attack power, attack speed, defense and many other skills through decks of cards.

In every match, at the main spawn area, you’re able to unlock different cards that buff your hero’s skills and items that you can deploy to help out on the field of battle.

I really don’t look at the nitty gritty details of what each card brings to the table because you can have so many different cards and so many upgrades of each card… I just went with the most that added the most damage, defense and health because I’d use the deck while playing as Steel.

However, one could really micro manage the cards by taking their time to get the most optimal stats for a hero. To be honest I don’t think that there would be one most optimal deck for a hero. It really seems that it comes down to the play style of each player and what they prefer when they use a specific hero. They could be built in many different ways.

It makes the most sense to focus on one set of skills for me so when I play a tank character I more so want health boosts and cards that add more to my defense. Since I really like attacking as well I’ll add a few to the deck that add more onto my attack power.

It’s All About Teamwork

The game has communication hotkeys to really promote the fact that teamwork is needed in order to win each match.

At times you’ll want everyone on the team to go in one lane but other times you’ll need an equal amount of players defending a tower as the enemy moves forward for an assault.

I play with a gamepad and I push the left bumper to bring up a prompt of what I want to let the team know.

From telling the team to attack a certain lane to letting them know that you’re on the way to a lane to just letting them know they’re doing a good job, there are plenty of communication options while you’re playing and it’s really easy to access. Definitely beats having to push enter to chat with text!

So far my team has won the three games that I’ve been apart of and one of the keys to victory was communication for sure. If your team doesn’t have any communication and teamwork then you’re going to get slaughtered.

Communication, timing, targeting, level ups… there is quite a bit to understand when going into a battle for victory but for some reason I don’t feel like it’s nearly as complicated as other MOBA type games even though the core aspect is basically the same…

Here are some screen shots I took of the last game I was in, this is definitely the best looking MOBA out there. The graphics are superb! 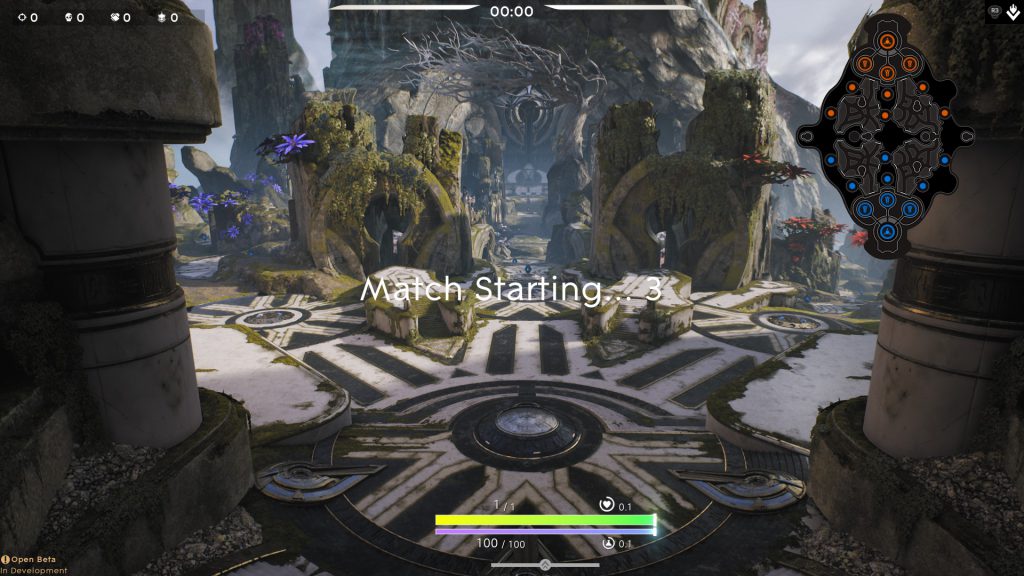 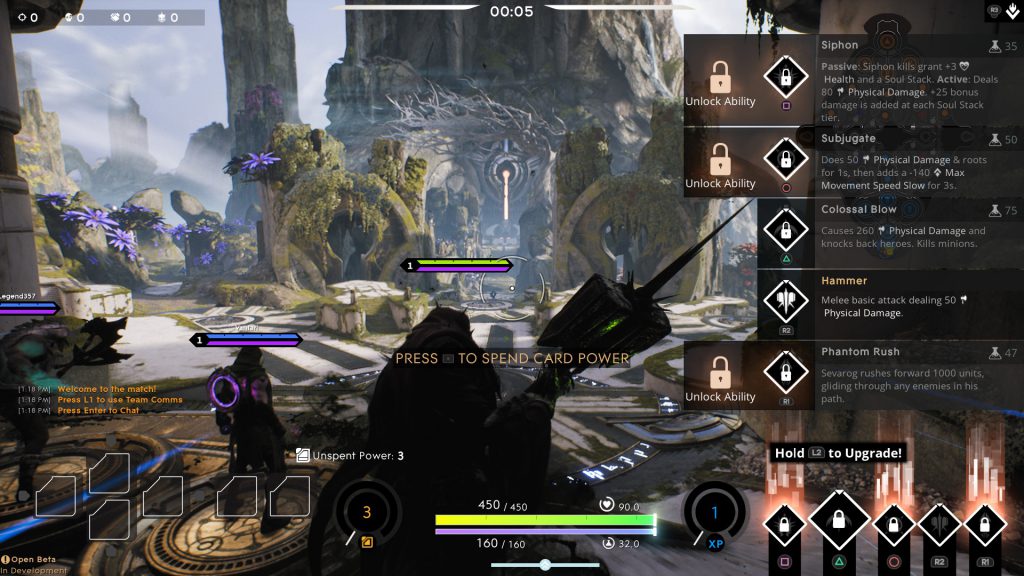 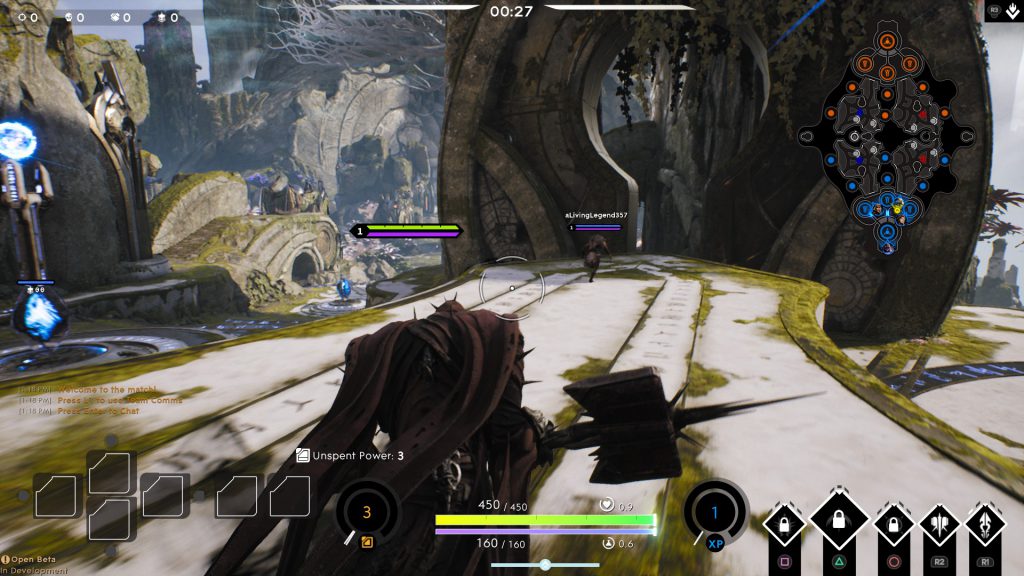 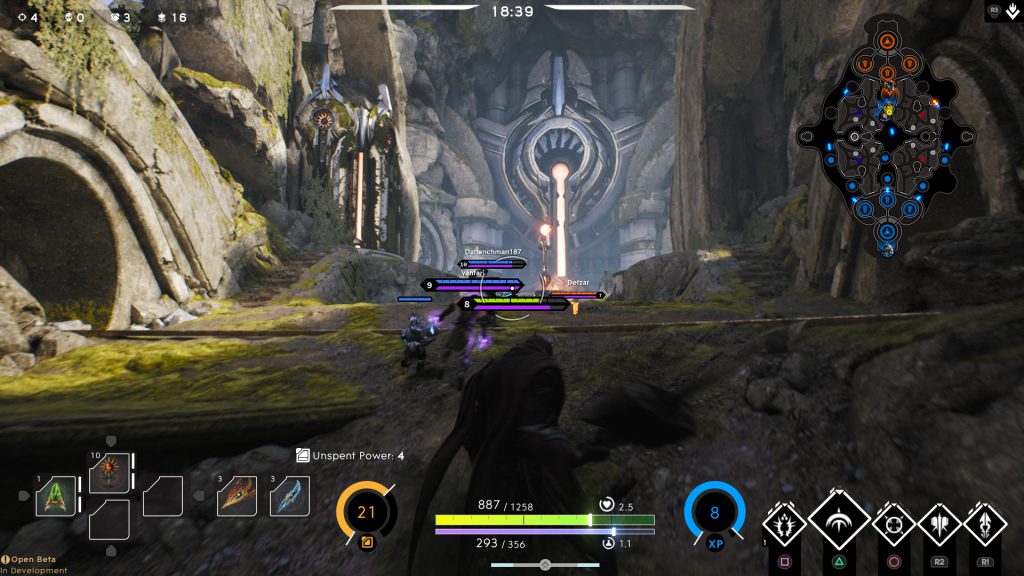 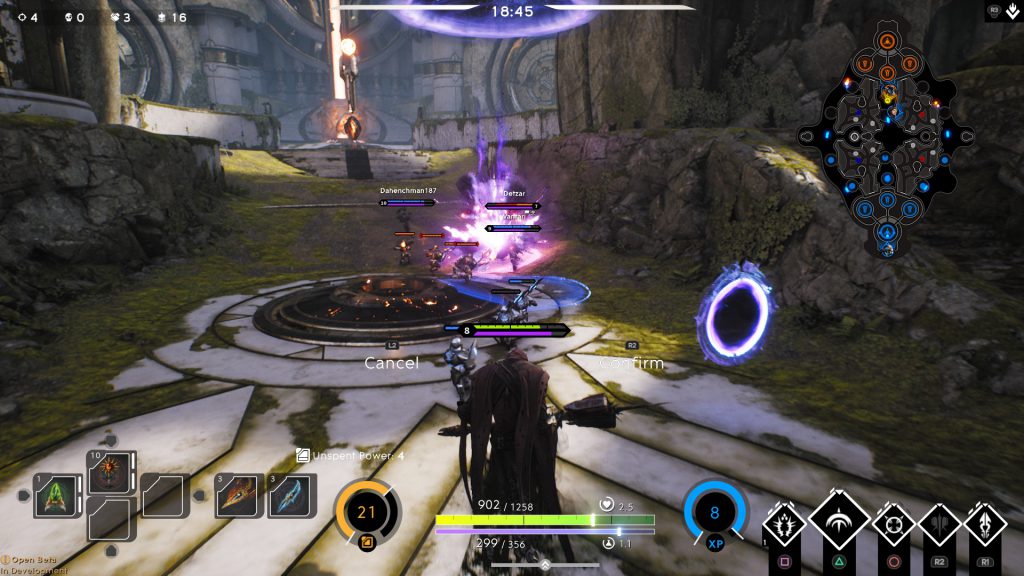 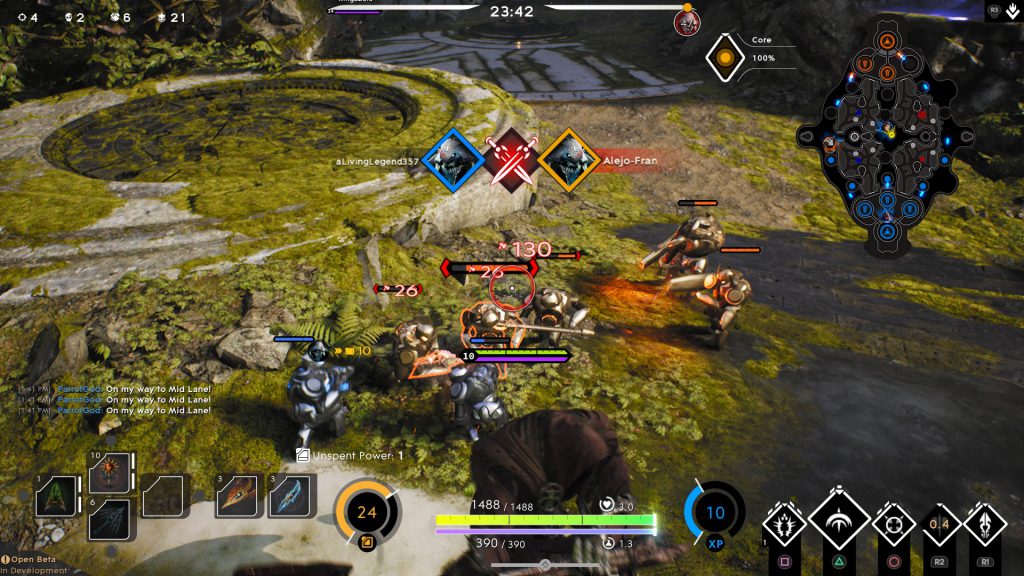 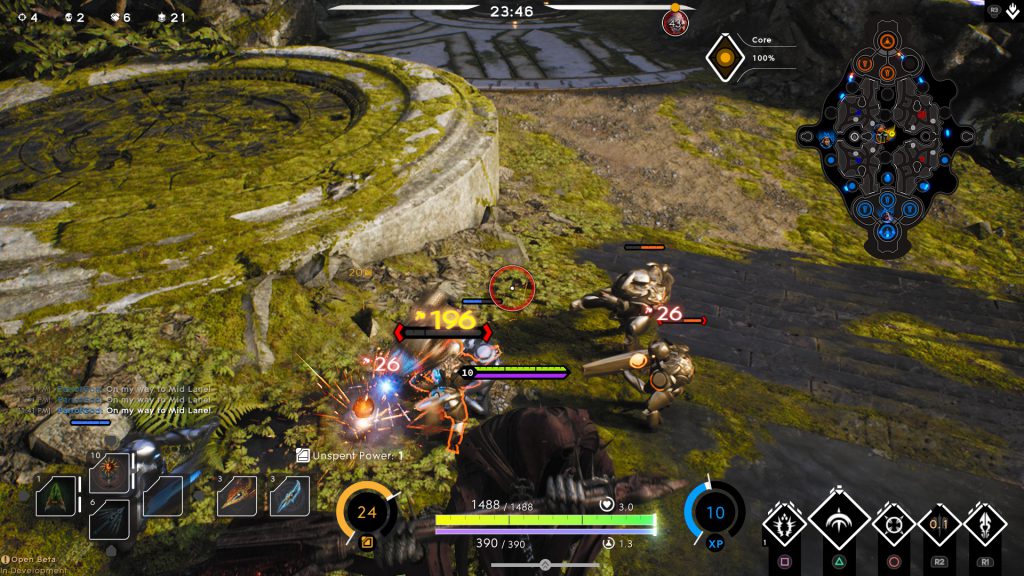 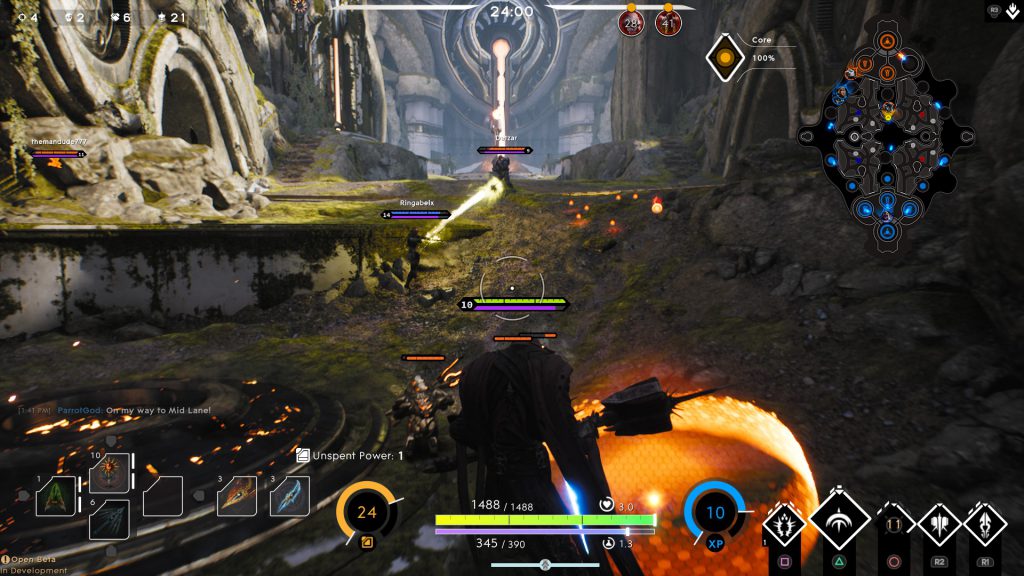 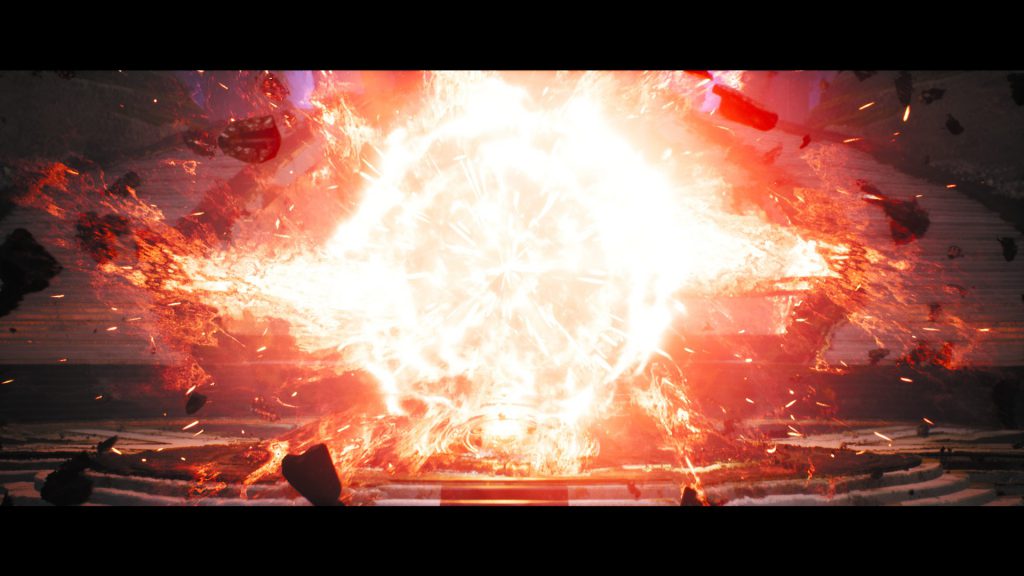 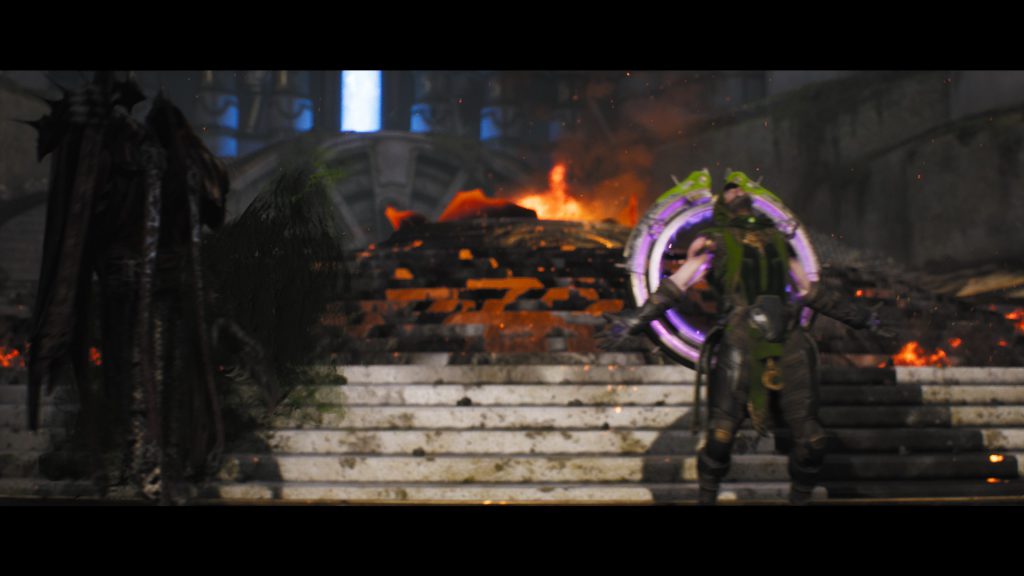 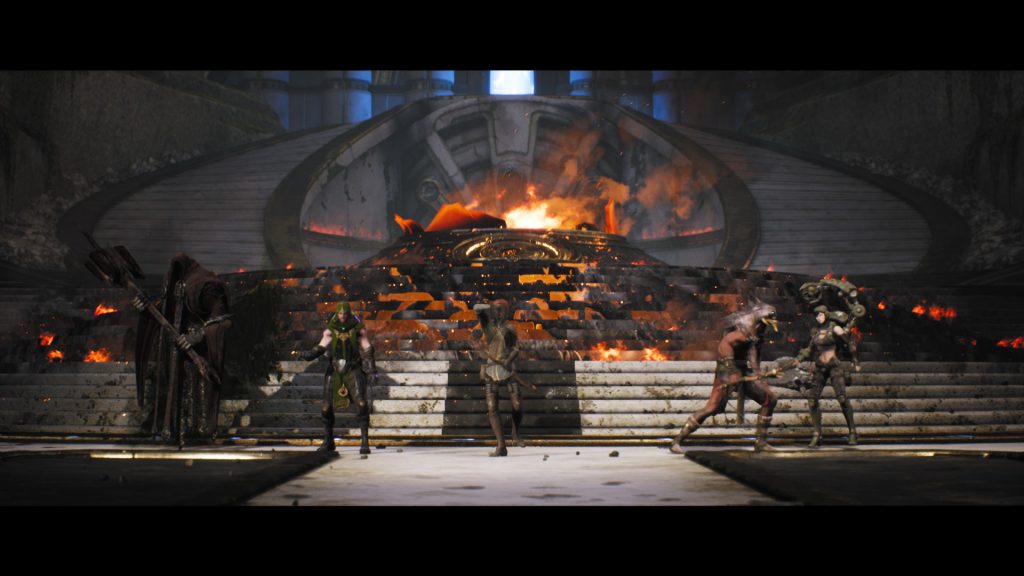 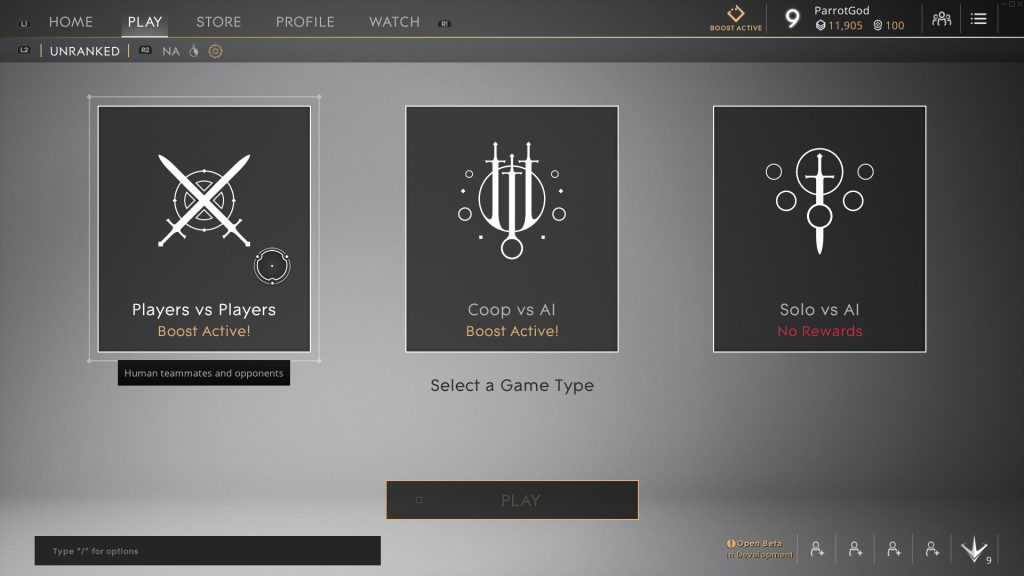 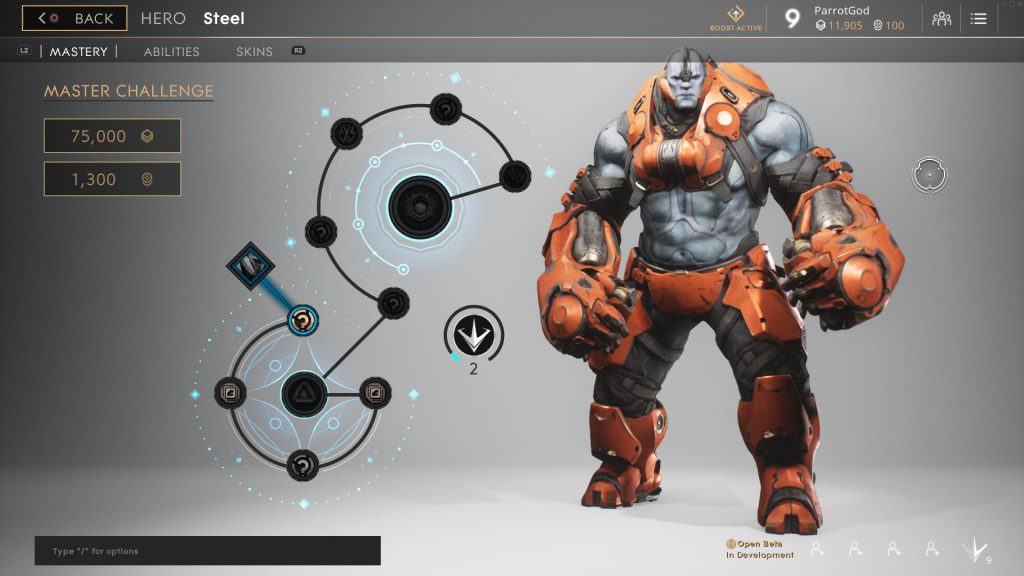 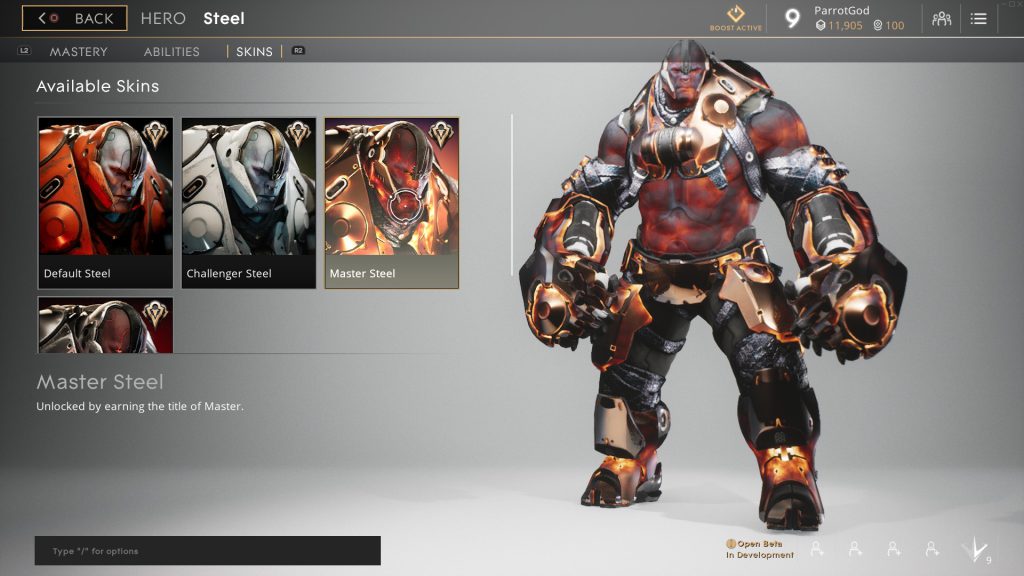 Those last two screen shots are to show that there are skins for each hero. Since this game is free to play – the business model is going to be that you can buy in-game coins to purchase skins to make a hero look cool.

What’s cool about that is that you can also obtain coins just by leveling up. Then there is another form of “currency” called reputation. You gain reputation for each match and each level up.

You can unlock two challenges for each hero with reputation. The challenger skin is unlocked with the first challenge and then if you play a hero long enough you’ll be able to unlock the master challenge as well.

I’m not exactly sure what you’d have to do for the challenge but when you complete them you’ll unlock skins to show that you accomplished the challenge!

Definitely Give This A Try

I’m not sure how long the open beta is around for but whether or not you are a fan of the MOBA genre – you need to give this game a shot.

As I said earlier, I’m really not a fan of the MOBA type games but Paragon is definitely one that I could see myself playing a lot! It’s really fun, it has extremely awesome graphics and the replay value is pretty high here – even though there is currently only one map.

So, are you going to be trying out Paragon?

Or have you already been playing it?