A Pillars of Eternity PC review, if you don’t know what an isometric RPG is then you should definitely give this game a try.

Pillars Of Eternity Is Awesome

I’m super into RPGs that dive right into a deep story line and Pillars of Eternity does that extremely well. If you’re into deep, immersive story lines then you’ll like the story that this game has to offer.

You start by creating your own character and giving yourself a back story for the character. My characters name is Ulizain, a merchant that owned a shop that was just starting to see good success, that is until bandits came and robbed and thrashed the whole store.

I then had to start a venture of a new kind so went on a traveling expedition with like-minded adventurers. I’d rather not get too much into the story of the game because that would contain massive spoilers! 🙂

This Game Is An Isometric RPG 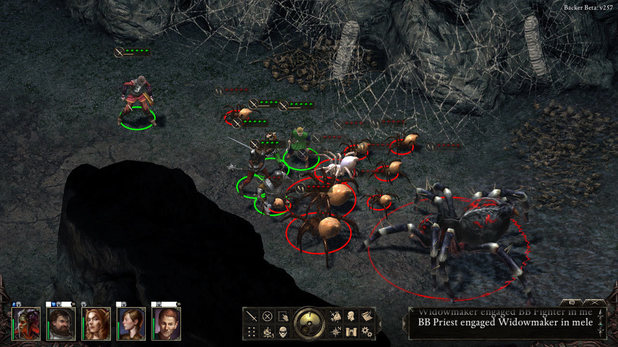 Have you ever played Baldur’s Gate II?

How about the first couple of Fallout games?

Those are isometric RPGs, and it wasn’t until Pillars of Eternity came around to bring back that older type of RPG. They brought the old school RPG gameplay with the new school type of graphics. The game looks amazing, I love the art style that they decided to go with. It fits perfect with the feel of the game.

Isometric RPGs are role playing games played in a birds eye view with more than one party member. For most encounters, optionally, the game pauses the battle to let you create a strategic path to victory for the specific encounter. Having the game pause for an encounter is crucial because each party member is different and they have to pull the right moves otherwise you put yourself in danger of being defeated.

You can have different party members join you has you venture forth with your character’s story or you can actually go inside a local inn to see if there is any help for hire. I’m a very low level in the game right now, level 3 to be exact, so I’ve only seen two types of adventurers that are able to be hired.

I’ve seen options for a level 1 adventurer and a level 2 adventurer. Upon hire you get put into a character creation screen where you create the next adventurer to your party.

I really like this feature because it allowed me total freedom to create the exact kind of party that I want, and you can have up to 6 party members at one time.

Once They Die, They Die

When a party member dies, then they die for good.

Now the health system is kind of different in this game but much like other isometric RPG games out there. You have an endurance level that lowers when you get hit and when you get hit you also lose a little health. When a character runs out of endurance then they are knocked unconscious for the remainder of the encounter.

If all party members die in an encounter of new enemies then it is game over, you’ll have to load up your most recent save a try again. Now if say 5 party members lose all endurance and get knocked out but one mighty warrior stands to live and defeat all of the enemies in the encounter then all party members will regenerate their endurance back to full giving them the ability to fight in the next encounter that the party might face.

Boss battles are freaking hard, I came across this Daedra looking king creature and I had to save my game literally RIGHT before the encounter just to figure out the most optimal way to dispose of all of the enemies. I didn’t have a full party of adventurers, but I was so deep in the dungeon that I didn’t want to have to go all the way back, the other exit was just beyond this epic battle.

After finally executing the right combination of spells from my mage and using the right moves with my warriors, I finally managed to beat the king.

I like battles that are challenging like that because you get that big sense of accomplishment right afterwards, and man there was a lot of loot! 🙂 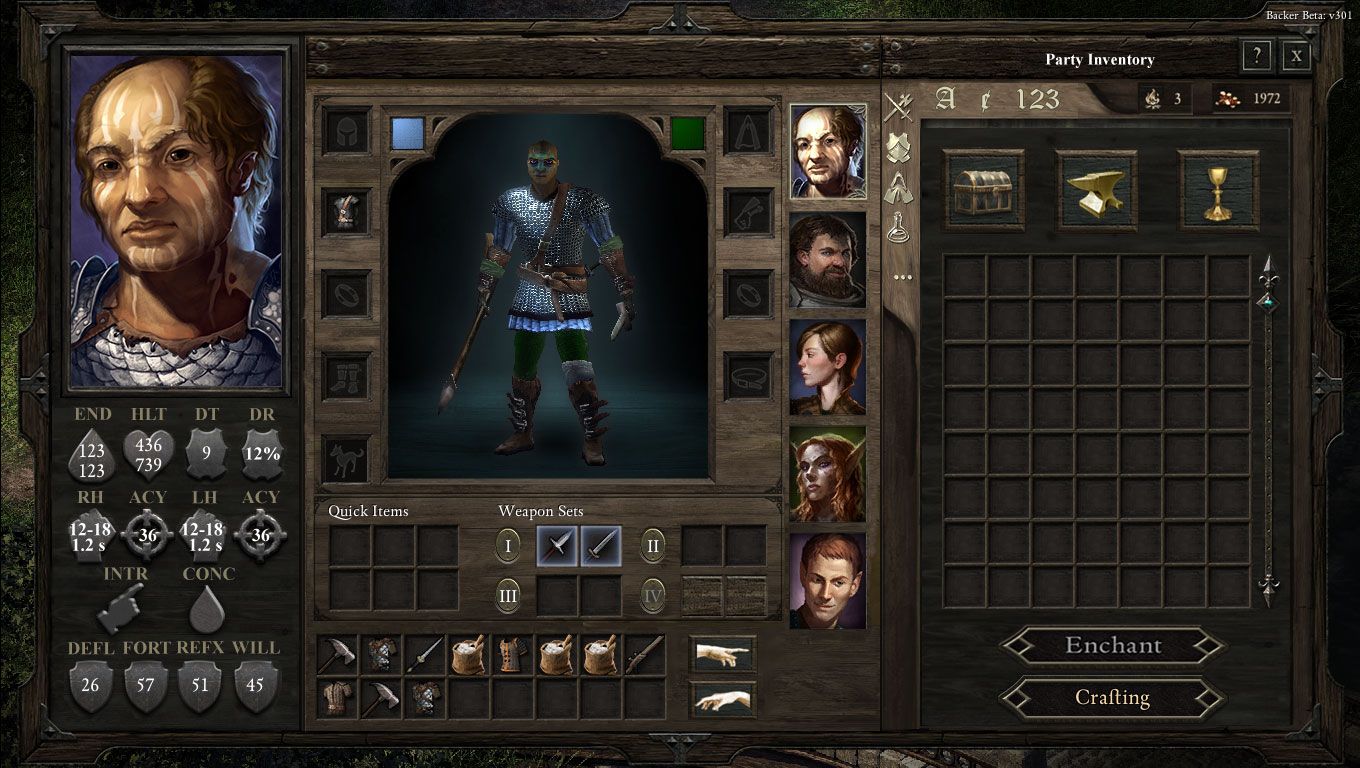 There is a BUNCH of loot in the game that you can sell for copper pieces, which is the currency of the game world in Pillars of Eternity.

To compensate to the abundance of loot, there is a nice inventory system involved.

Each character has their own personal inventory space of 16 spaces, each item taking up one space. Then there is also a party stash, which you can literally store all of your items in and keep space in your characters inventory for more important items like potions.

You can even sell items to merchants right out of the stash and in any characters inventory, simultaneously. This makes making currency an easier breeze because there really is a bunch of loot, most humanoid enemies will drop the weapons and armor that they have equipped which, if they have better stats, you can equip or sell for profit to any type of merchant.

This is a great RPG with awesome story elements combined with a balanced but challenging battle system that also makes each encounter unique in its own way.

So what do you guys think of Pillars of Eternity? Have you played it before?