With the new year underway I figured it would be a good time to look back at 2016 to discuss which games were the best of the best throughout the year.

2016 was an extremely good year for gaming – from the introduction to virtual reality gaming to the innovative titles that released – it’ll definitely be a year that most won’t forget!

In this post I’ll share my top 3 picks for what I thought were the best releases of 2016. I’d love to hear about what you think about my picks and which games were your favorites! 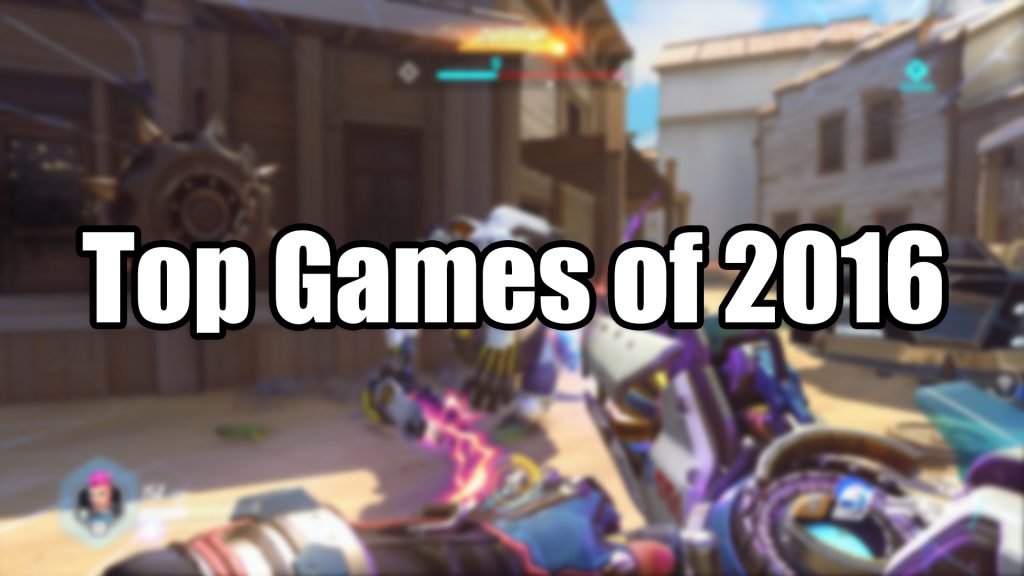 Overwatch came out of nowhere and since Blizzard is easily one of the most well known game development teams it’s not that surprising that Overwatch has had and still has as much success as it has.

It’s balanced, the universe that was created for it is pretty awesome and the community is top notch. I can see this game only getting better and better as time goes on and I know that I’ll keep on playing it for years to come!

A while back I wrote this post about how Overwatch eSports could be a big thing and how I thought it was basically destined to happen.

Take a look at the eSports earnings for Overwatch now – the prize pools are big and from what I’ve been seeing the eSports area of Overwatch is only getting better.

This is such an easy game to understand yet it’s very hard to master. To me, that’s the perfect formula for a title to get into eSports.

Although I’ve only just started playing it, Planet Coaster is easily one of the best releases in 2016 for me.

I recently wrote up a quick review of my first hour and a half worth of play time that I have and since I’m a huge park tycoon simulation fan this game simply spoke volumes to me.

If you want to read more on Planet Coaster then you can check out the post I wrote right here since I go more in-depth with what the game is really about in that post.

Although I am not really playing it much at all anymore, DOOM was probably one of the biggest releases of 2016 simply due to how well the DOOM series is known from gamers of every type.

I remember watching my dad play the first DOOM game on a floppy disk. DOOM goes way back and a re-imagining of this series with 2016’s game development potential it is something that just had to be done.

I believe that people mainly picked up DOOM for the single player and for good reason. The game plays very fluidly and kept to the game’s core mechanics.

You never have to reload your weapons, movement and overall gameplay is extremely fast paced and the enemies are all unique in their own way. It’s definitely worth picking up for the single player alone. Check out this post if you want to read up more on the details about it.

Many people have looked down upon the multiplayer since its “Call of Duty” type of gameplay and load out system isn’t too popular but it really isn’t all that bad. I had a good time playing it while I did but as I said, I haven’t played it for a while now. Kind of want to get back into it now!

Overwatch has continued to create an amazing multiplayer experience, Planet Coaster is the addicting theme park simulation game and DOOM showed that old games can come back to life with today’s technology advancements.

Which ones did you have the most fun with?