Battlerite is one of the games that I picked up during the winter sales that were going on and I’m pretty happy that I decided to get it!

I’ve been eye balling it for quite some time now. It’s basically like Dota or League of Legends but without the towers, minions and final structure to destroy at the end. Matches don’t last forever, it’s a quick deathmatch type of game with combat similar to MOBA games.

No Towers or Minions

I’ve played Dota and League of Legends before but it really just wasn’t my type of game. The matches lasted a very long time and there was always the constant making sure of keeping behind minions and destroying towers… There was a lot to understand.

Now I’m not saying that I didn’t enjoy it because it required skill – Battlerite is definitely a skilled based game as well – but I’m more so about the combat and trying to defeat other players rather than spending a long time trying to complete objectives.

Battlerite does this by having a roster of characters and combat similar to those MOBA type games but it’s all about defeating the enemy team.

Simply slay the other team and you win the round. Three rounds wins the match!

The maps are relatively small and they all have a similar structure just different themes. Some are set at night time for example or different environments but they all have the same functions.

There are green and orange orbs at certain spots in the map. Green ones restore health while orange ones increase your energy. You need to keep an eye on the health orbs to stay alive and you need to collect the orange ones to get closer to being able to use your ultimate ability.

There are different tiers of energy, five in total. After getting five energy slots then you’re able to use your ultimate. Every character is different, each with their own unique abilities and ultimate powers!

There is a reason why Battlerite is called Battlerite after all. A “Battlerite” is a tiered skill boost that you choose at the beginning of each round. It increases usability through survival, offensive, support or control tactics.

Every characters has their own tiers of Battlerites to choose from. For example, right now I know that I’m best with a character named Rook. I usually go with the same Battlerites.

I make it so that my rush skill triggers berserk mode which lets me attack a lot faster and I also make sure that my crushing blow stuns enemies for a short time. These skills combined I’m able to pull some good combos to deal loads of damage.

Each one is different and will affect different abilities depending on which one you decide to pick. Some people go all in on one type of Battlerite each round. For example, I could choose only support Battlerites if I knew that my entire focus was to support the team.

Or you can switch them around. That’s what I do, I usually have a balanced mixture of the three types on Rook. Offense, control and survival.

Each character has different types of Battlerites and as you play and use different characters you start to develop a path that best suits your play style.

I really like how they did this because it leaves room for being able to play the game differently every time that you play. Not only are there a good amount of different characters but you can also change up how each character is played because of this.

Right now there are 19 characters to choose from. There is a balanced amount between melee, ranged and support characters.

That’s not as many characters as what Dota offers but Battlerite is also sort of a newer game anyway and I’ve seen that they’ve added and plan on adding more and more characters going forward. 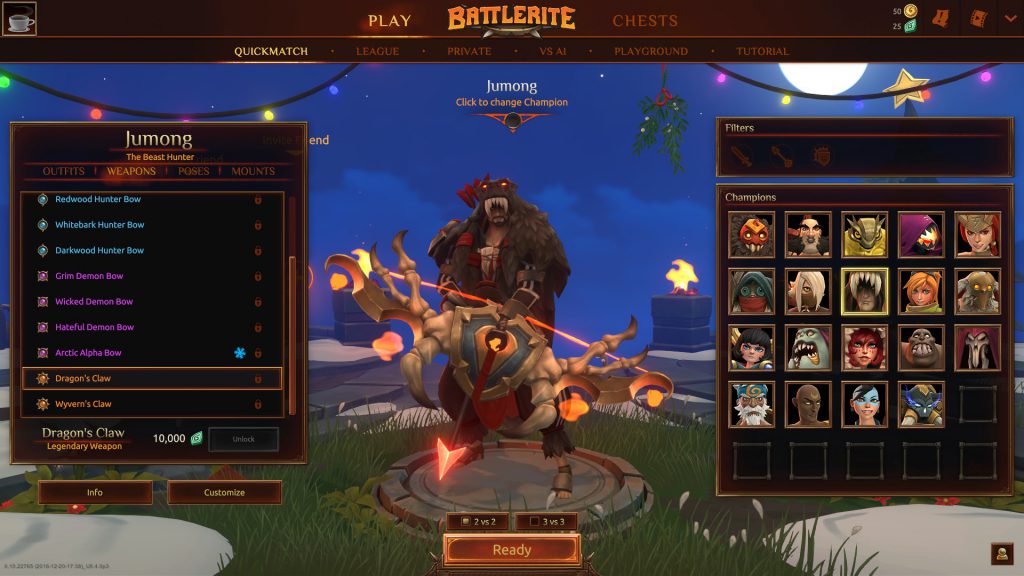 Like in Overwatch, as you play and level up you’ll unlock chests to unlock cosmetics for each character. There is common, rare and legendary loot to find in each chest.

You level up the characters individually and as you level up you’ll receive chests, gold and credits towards unlocking said cosmetics.

You’ll also unlock mounts along the way. At the start of each match you’ll be on a mount to increase your speed to rush in for the beginning of the round. Every mount has the same amount of speed, some simply look cooler than others.

Some characters that I play as I’ll do absolutely horrible with such as using Oldur… He’s a support character and I love the overall design of him but I have a hard time dealing damage and healing teammates at the same time optimally.

Here are some screen shots that I took while in-game and some of the UI as well. It’s hard to capture good moments while in-game using Steam’s screenshot tool. If you know of a better tool for taking screenshots I’d like to hear about it! 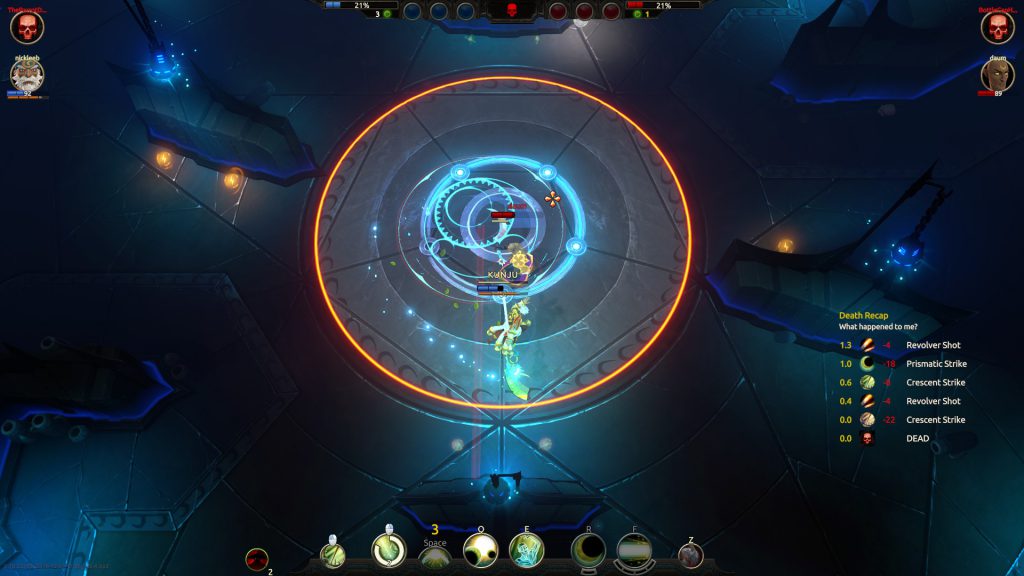 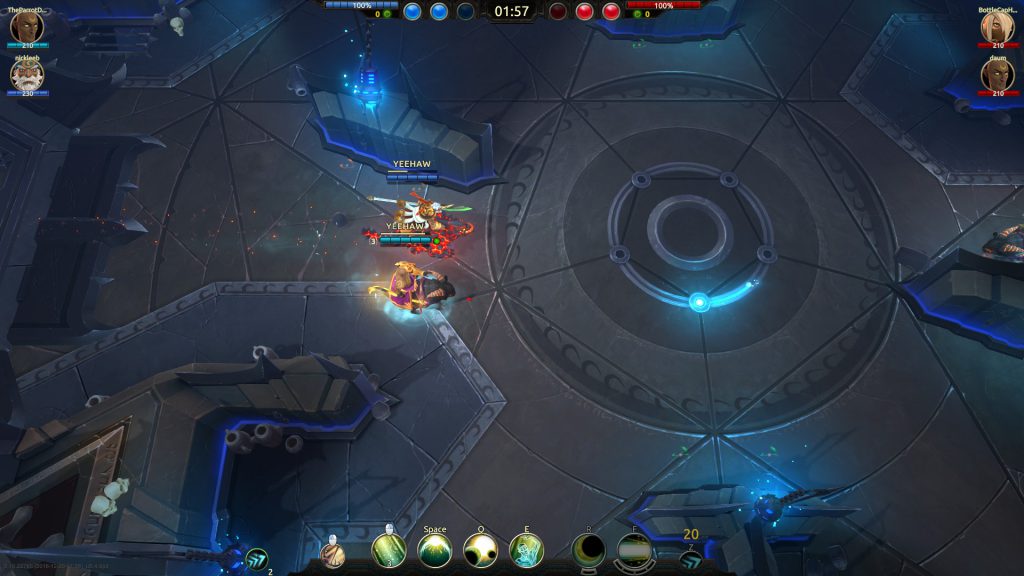 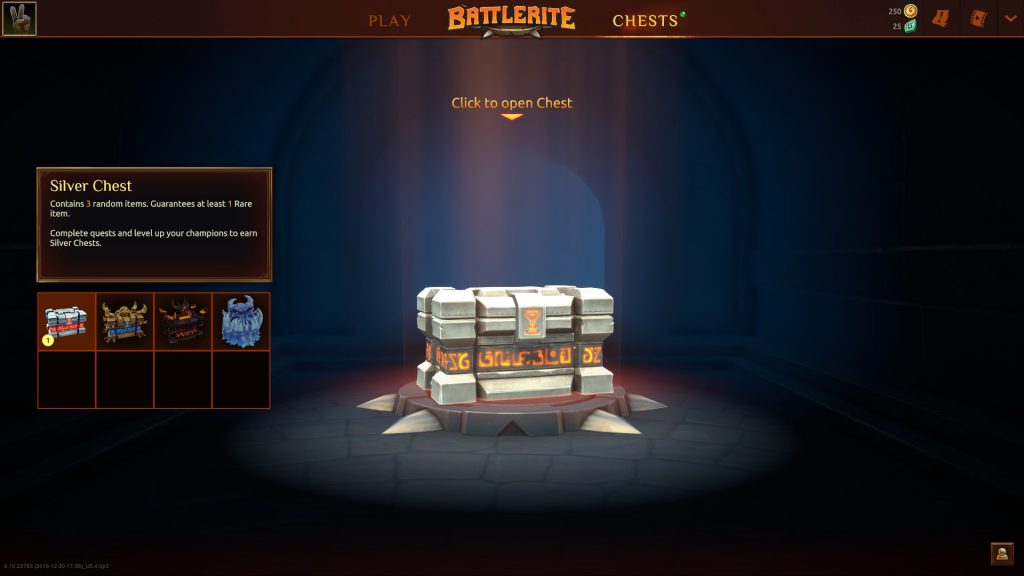 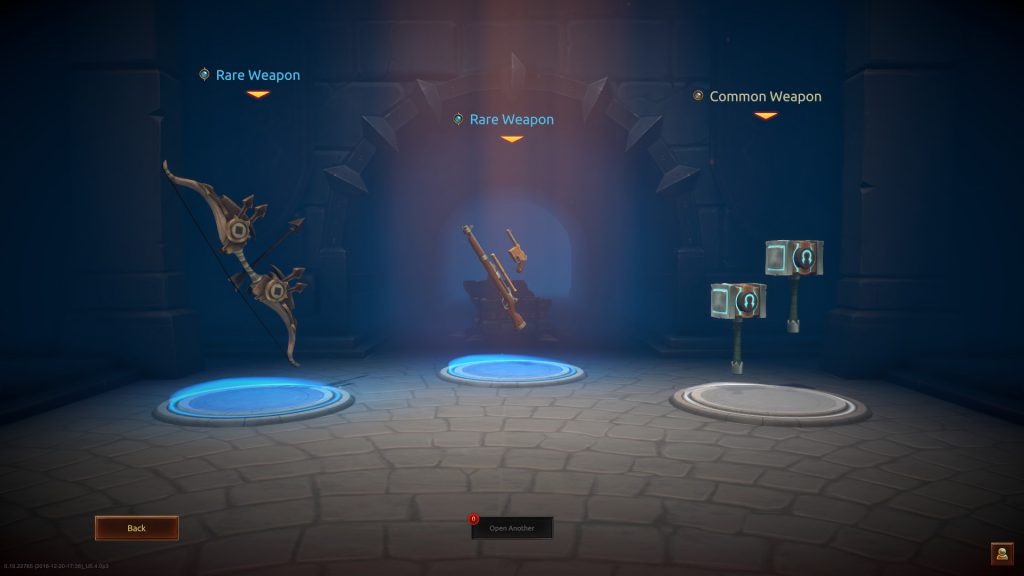 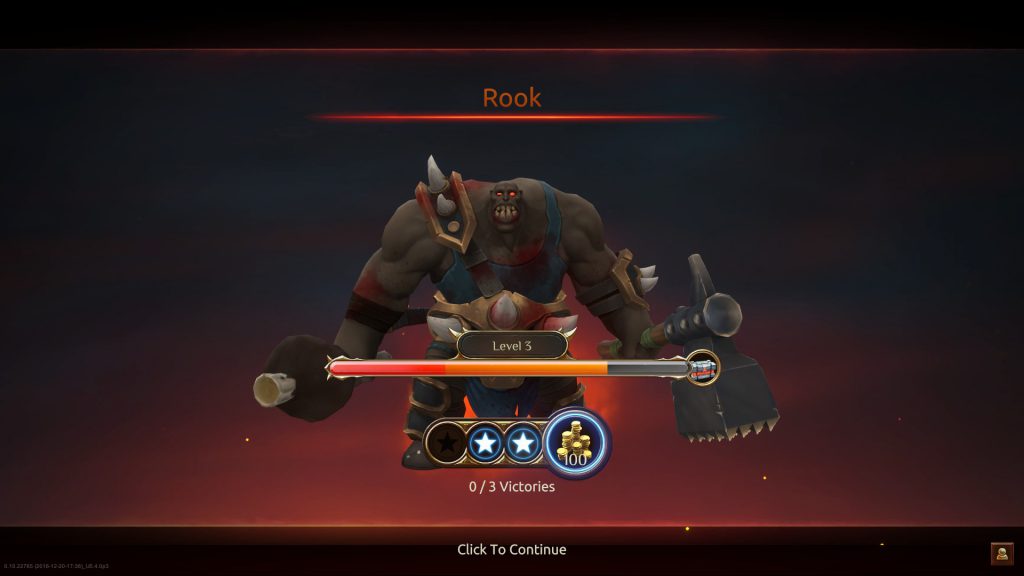 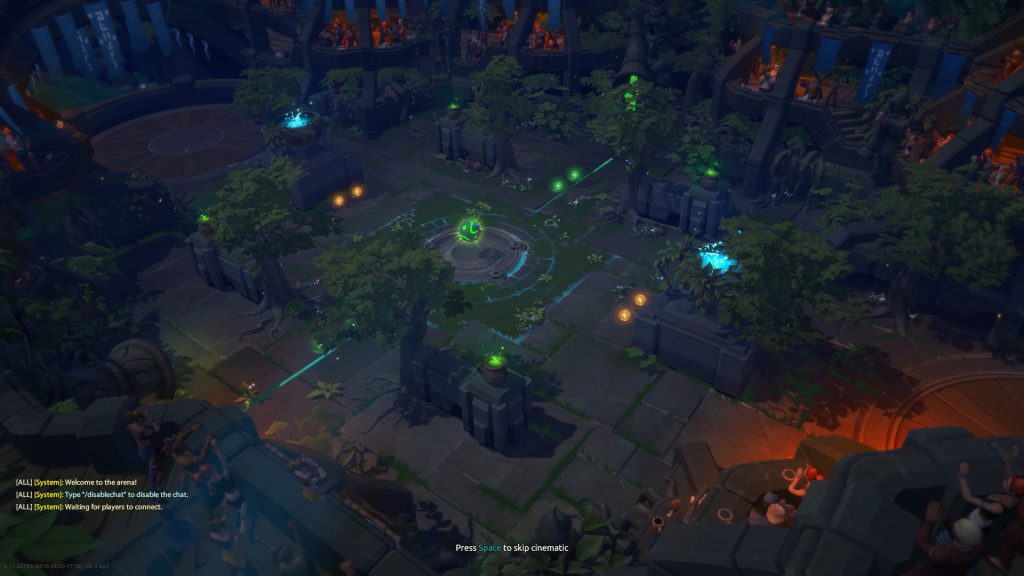 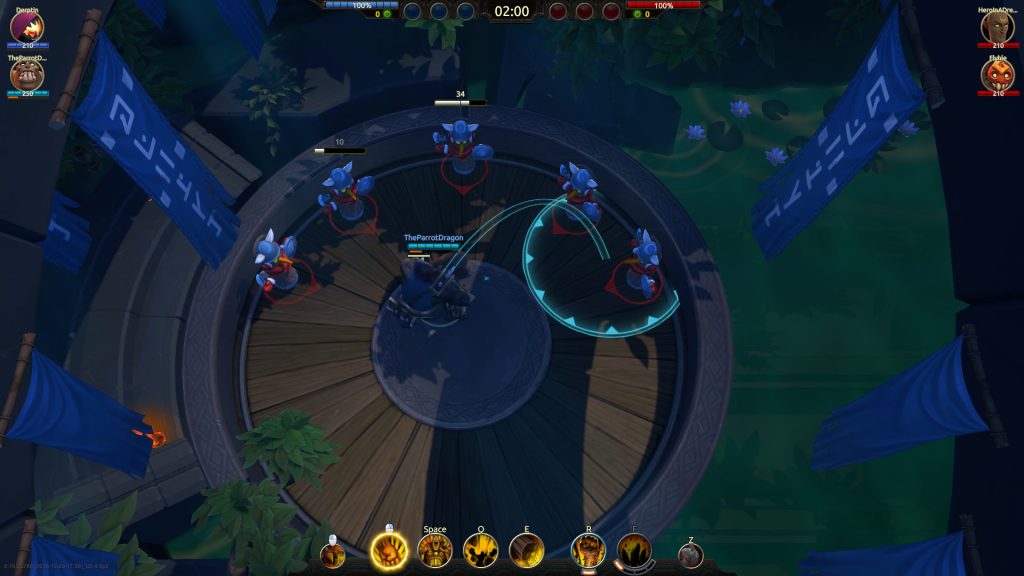 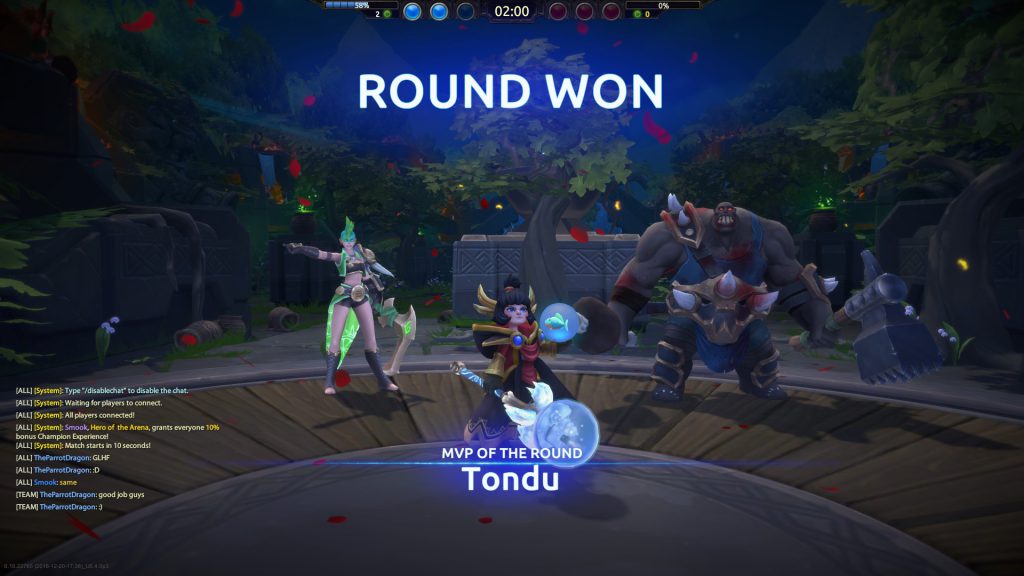 Do You Enjoy PVP?

Because if so, you’ll probably enjoy trying out Battlerite.

The combat is similar to some MOBA type games without all of the extra stuff to gather buffs in the jungle or needing to utilize minions to destroy towers and what not.

I know that I’ll constantly be in and out of this game simply because I enjoy any game that has PVP! That and I really like the combat of games like Dota/LoL but was never really a fan of the game’s objectives.

So, have you played Battlerite?

Does it seem like the type of PVP game that you could get into?