I haven’t upgraded to Windows 10 yet, personally.

I want to wait until I build my next gaming rig which I hope to do around this winter, more so around Black Friday/Cyber Monday.

With that, I’ve found some sources sharing their own experiences with Windows 10 and it’s looking to be pretty promising for PC gamers. 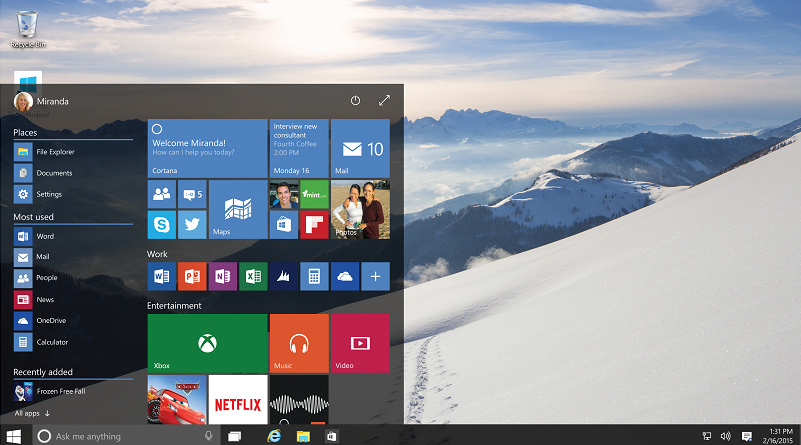 I’ll provide a link for you to check out some benchmarks done from Windows 10 both from playing the game normally and from recording gameplay via DVR.

You’ll be happy to know that Windows 10 actually performs splendidly both while just playing a specific game and while recording gameplay. It out performs Windows 8.1 which is actually also a good OS for gaming, but bad for everything else.

Some games and cards perform better than others when you compare Windows 10 to Windows 8.1 but honestly Windows 10 has a much better overall interface and it’s going to be compatible with DX12, which is going to not only help current hardware perform better but it is also going to pave the way for future graphics and gaming physics.

I’m very excited for it. Not just how Windows 10 will evolve but for DX12 and the future of it.

I personally think Windows 10 will be great based on a familiar pattern when it comes to Windows operating systems, it looks like this.

Even though Bill Gates has a hard time counting and so Windows 9 was skipped, odds are that they saw what wasn’t working with Windows 8.1, the previous platform, and fixed it. Exactly like how they’ve done for many, many years over at Microsoft.

So, what do you guys think of those benchmarks?

Do you think Windows 10 is going to pave the way for the future of PC gaming?

2 thoughts on “Windows 10, PC Gamers, Should We Upgrade?”