Are the Alienware Alpha game console specs up to par for this next generation of gaming? Well today I’d like to dig deep and show you guys exactly what you can expect out of Alienware’s new PC gaming console.

PC gaming is evolving at record breaking speeds and last-gen computer hardware is slowly being taken out of the picture. SteamOS is also right around the corner and that alone is going to completely change the way PC gaming is looked at. If you have never heard of SteamOS then I highly suggest giving it a Google search. SteamOS is an operating system that is Linux based but it will have the online services of Steam integrated within it as well. An Alienware Alpha gaming console would go perfect with SteamOS, so the timing couldn’t be better! 😀

Anyway, let’s get to the specs and the review of this new PC console. 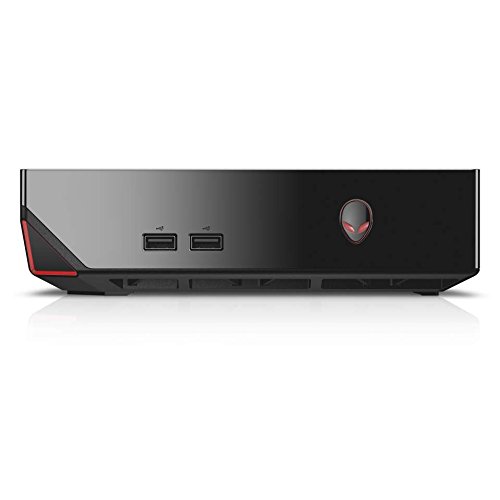 When comparing to the i3 and i7 versions to this i5 version, at least in my opinion, you’re getting more value with the 4980 model. The reason I say this is because the i3 version also only comes with 4GB RAM and that is definitely going to hurt performance while gaming. The i7 version costs way too much and isn’t necessarily needed for this current generation of gaming. Upgrading is totally possible with the Alienware Alpha PC gaming consoles, except for its GPU so if you’re in for the long haul you’ll be able to adjust your hardware as such.

This computer console comes with a custom Nvidia video card that is equivalent to a GeForce GTX 860M 2GB card. This card really isn’t too shabby. There are plenty of cards that are now released that would over power this card but you’re not going to really see this card go outdated for a couple more years at the least. It’s a perfect card for current gen PC gaming, just don’t expect to run every single AAA game on ultra graphic settings with 60 frames per second. Think more so towards medium-high settings with 30-40 frames per second.

If you’re looking for a family living room experience while also keeping the personal computer experience alive all at the same time then the Alienware Alpha is going to be the perfect product for you. When booted you can decide whether to go into console gaming mode or desktop mode. When SteamOS finally gets released then I’d imagine Alienware would make the move over to that operating system rather than the default of Windows 8.1.

The Alpha also comes with a PC version of an Xbox 360 controller so that you’ll be ready to play once you get yours. If you think about it, you’re getting a slim, slick box console that’s totally portable, a Windows operating system and a controller if you decide to purchase this. Sure, a $700 budget custom build would deliver more power but after purchasing an operating system and a controller you will have surpassed the price point of the Alpha console, making this more worth the cash it takes.

The reason my rating is 8.5 out of 10 and not 10 out of 10 is simply because I believe building your own desktop would be a lot more worth it in the end. With the graphics card said to not be able to be upgraded (not confirmed) this makes this gaming PC console kind of iffy on the price vs the amount of value you receive. Although this is a luxury console with pretty customizable lights, you have to keep the power in mind. If the graphics card is not upgradeable then that would really be a bummer. If you want to just dive into the current generation of PC gaming then grab this console, you’ll feel right at home if you’re a regular Xbox or PlayStation gamer except now you’ll be able to modify all of your favorite games and have online services for FREE! 😀

Games such as Crysis 3, Battlefield 4 and Dead Rising 3 will be able to run on high settings while still maintaining a playable frame rate. This is definitely an awesome current gen console so if you’re looking forward to PC releases such as Grand Theft Auto V or Dying Light then just know that this PC will be able to deliver an awesome experience with those games and games that are alike! 😉 All of the games I have listed under my top picks that I posted a bit ago will be able to run extremely well on the Alpha!

As I briefly mentioned above, the Alienware Alpha console has lights on the alien head and triangular corners that can be customized how the user sees fit. I think that this is an awesome bonus because to me customization of any kind just adds that last personal touch that I believe all PC gaming products should include. For this price it better come with extra little luxuries! 😀

So what do you guys think of the Alienware Alpha game console specs? Are PC gaming consoles the future of living room gaming?

Share your opinions with me in the comments below!