There are indeed and there still are some games that I have personally invested money into through transactions in-game, but the way it is executed needs to change for other games. 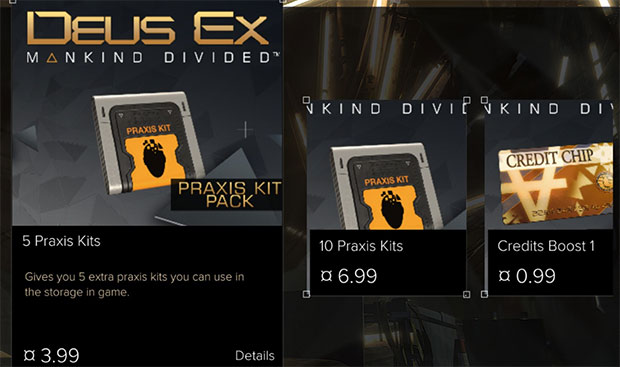 Here’s my take on the transactions made for Deus Ex: Mankind Divided specifically.

If a developer wants to make as much money as possible from a game that they make – I get that they entertain the idea of it. But if you’re going to make a $60 game and it has AAA quality content then you don’t need to have micro-transactions. That will actually stop some people from picking up the game in the first place.

If a game costs me $60 to buy and it has AAA development meaning that the content is going to be worth $60 then that should be all I pay. What is with developers trying to add in more slots or certain weapons at an extra cost to the game…?

To me – it’s a slap in the face. “Here’s a really cool game, gamers! But, we’re not going to give you all of the content that we have.”

If I pay full price for a game then I had better be getting a full game. Yeah, I get that it’s completely optional to pay for extras but it sends the wrong kind of message to gamers. We shouldn’t have to pay another price just to get better weapons or more slots in a $60 game.

That’s the whole point of pricing it at that point – gamers are supposed to feel like the game has that much value but by adding micro-transactions I feel that basically says that they don’t think there’s enough value in someone paying $60 for their game.

I was looking forward to this game but I’ve halted myself from buying it simply because of the micro-transactions. I don’t want to support a future of games that force me to pay more than I already paid for it.

If we continue to pay for these games and/or the micro-transactions inside of the games then that’s where the future will lead. That business model makes sense for a free-to-play game but not at all for a $60 game. You’re paying for the content, you should get ALL of the content.

Granted, I’ve heard great things about the content in Deus Ex: Mankind Divided so I feel like the game itself is worth the $60, it’s just that now the game will forever have that weird ugliness about it simply because it tries hard to sell you more and more and more…

Here Is Where Micro-Transactions Make Sense

So it’s not like that I’m completely against it, I’m just against AAA developers trying to take as much money as they can out of their game that already costs $60. 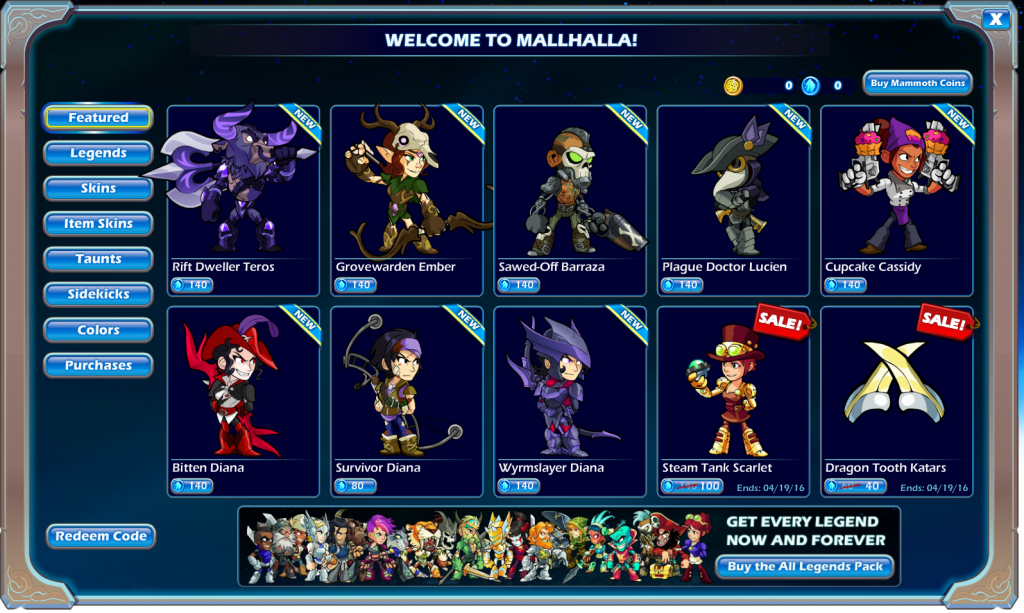 There are plenty of free-to-play games that use the micro-transaction business model to create a living from it and I totally get it. These, like Deus Ex’s transactions as well, are completely optional.

Some even have transactions for packs and slots much like Deus Ex but what I’ve seen most are cosmetic changes to the game that costs money. It doesn’t affect the actual gameplay, it simply makes what is already there look cooler.

An example of this is Brawlhalla. As you may know, Brawlhalla is one of my favorite games and I’ve sunk in a ton of hours into it.

It’s a free-to-play brawler game and the only types of micro-transactions in it are cosmetics. Either skins for the different characters/weapons or other effects that don’t affect the actual gameplay.

If someone wants to support a free-to-play game then they can decide to pay to make the existing game look cooler and I am a full supporter of that. Some games like Call of Duty: Black Ops III do this but you already paid a full-price for the game. The Call of Duty name would have been better off giving all of the other camos and what not for free in updates that add in different ways to unlock them.

I guess my point is that if you’re going to add micro-transactions into the game – it had better be entirely cosmetic. If we already pay a full price for a game then I don’t believe that there should be any micro-transactions – at the very least I would accept some cosmetics in a full game that were extremely awesome looking. It’d have to be an awesome game and an awesome cosmetic for me to consider it.

What Are Your Thoughts?

I believe that micro-transactions should disappear from games that we pay a full-price for and micro-transactions, even in free games, should not make them change the actual gameplay. It should all be entirely cosmetic.

I’ve bought some skins in Brawlhalla because I wanted to support a free game that deserves to become better and in return I’m able to make my characters look awesome.

Have you ever bought any micro-transactions in a game?

Do you think micro-transactions are okay for a full priced game?

2 thoughts on “Are Micro-Transactions A Bad Thing?”