This is my Dragon Age Inquisition review for PC and I must say that it is the ultimate RPG game especially for PC players. The story and character development is great, the gameplay is great and the overall experience is unique. There are plenty of lands to be explored and many enemies to be slain and the lands and enemies along with everything else in this game look astounding, graphically speaking. This game is one of the best looking games I’ve played to date and it’ll forever be one of my favorite games. 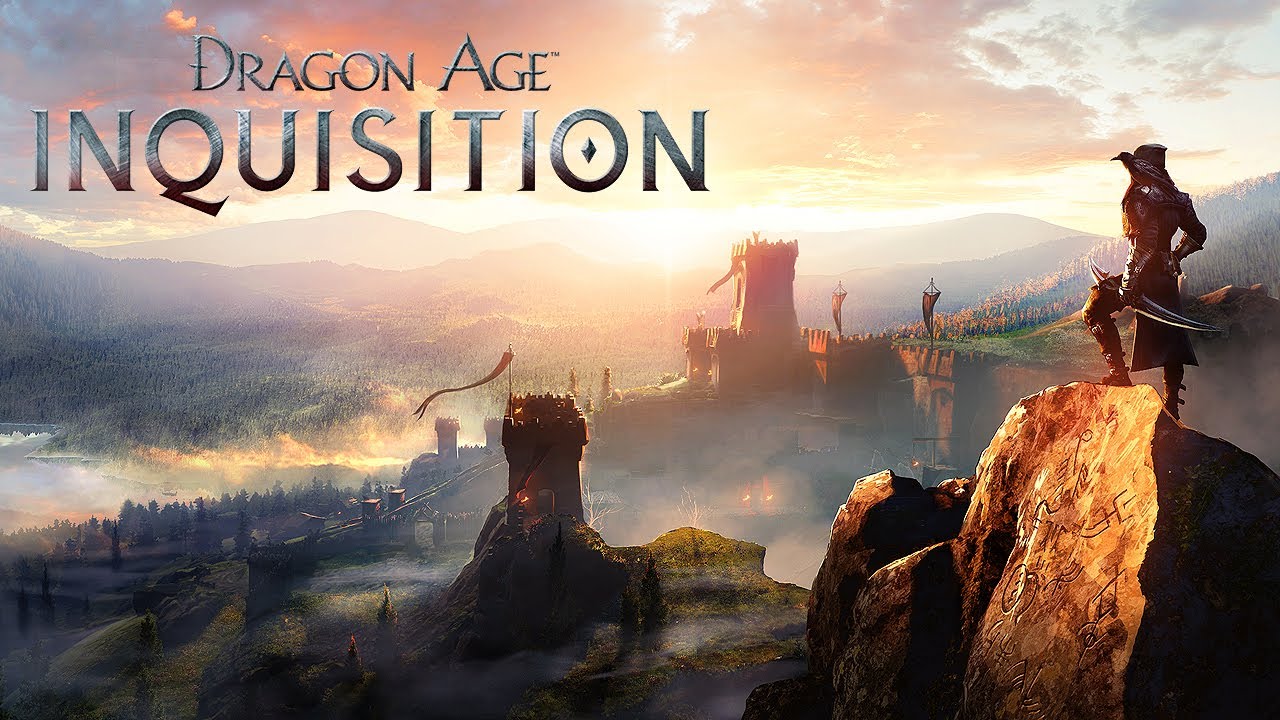 Here Are The System Requirements:

In Dragon Age: Inquisition you play as the Inquisitor, also known as the Herald of Andraste. You’re able to choose the Inquisitor’s race, gender, class, and voice set. The character customization goes very deep and you’re able to get the exact kind of look that you’d want your character to have. As the Inquisitor you are expected to figure out how to solve the main problem with everyone in the world of Dragon Age: Inquisition. There is a giant hole in the sky and demons are pouring out, the Inquisitor must close it and the people believe that the strange mark on the Inquisitor’s hand has the power to do so. You don’t remember how or why you have the mark of the rift, but it sure is a key part to the whole plot of the game.

Throughout the game you will destroy countless demons, undead, creatures and all sorts of enemy forces. One of the things I liked most about this game was the variety of enemy types and the ways to go about disposing the enemies. There are even some scenes where you are up against huge dragons and things get pretty intense! There are two ways to battle enemies in Dragon Age: Inquisition. You can fight right in the moment where you are in control of using your skills and attacks in real-time in order to deal damage to the enemies or you can go into tactical mode and take a more strategic approach to your battles. In tactical mode you are able to choose any party member, including your character, from a bird’s eye view and then give commands about how they should go about maneuvering the battlefield to defeat the enemies. I usually go into tactical mode right when I confront enemies just so I can get my archer and mage to start attacking enemies from afar then I move in with my 2-handed battle axe and smash the faces in of my enemies. 😛

Every choice you make effects how your story will be fulfilled and that is why I really wouldn’t mind playing this game over and over again. There really are a lot of different essential choices that you as the Inquisitor must make in order to move on to the next task. Some of the choices can either help or hinder you but it’s up to the player to decide what happens. Certain decisions will make other party members want to leave the Inquisition, whereas there are also choices that will allow others to join the Inquisition with you. As you progress through the game by completing important quests and side quests you start to build the Inquisition bigger and better with more allies and bigger compounds. Once the Inquisition is actually built up then you can go to the war table with all of your leaders and then dictate what the next move will be whether that is moving on to another region and exploring it, gathering resources from certain regions or doing small helpful tasks throughout the lands – it’s all up to you as the player.

There are plenty of different areas to explore in Dragon Age: Inquisition. You actually don’t even need to explore every area in order to beat the main story line but if you choose to explore other areas and complete some of the quests there then it’ll help you out in the long run, especially for the final showdown at the end of the story line. I’d share a little bit about it but I don’t like to spoil good endings! 😛 The game features over a dozen areas that are full of different types of resources for crafting, weapon/armor making and building certain important items as well as an abundant number of quests and enemies to kill. You’ll be able to travel through forests, winter lands, deserts and more as you journey through Dragon Age: Inquisition in a quest to stop the madness of what is happening with the rifts.

One of my favorite parts about this game is the weapon/armor crafting system. You can go into finite detail as to how your different weapons and armor types look in-game. Weapons, for example, you’re able to choose which kind of handle you have on your weapon and what kind of effects that handle gives you to benefit you. For example you could put a spiked handle on your sword that gives you 10% more attack power and you also added a haft on the bottom of your weapon to increase your strength attribute by 5 points. You can choose which color your weapon/armor is by using different types of material such as iron or bloodstone. It’s your creation, create it how you see fit.

The controls for the mouse and keyboard sure aren’t optimal for Dragon Age: Inquisition but it is by no means un-playable. There are just some things such as looting enemies that just feels kind of weird using the keyboard and mouse. I recommend using a game pad for this game simply because it fits really well with Dragon Age: Inquisition and the controls are seamless. If you would like to see some of my picks for a PC controller then you can check em’ out through this link. Though the controls really aren’t a major issue for PC players because this game also looks incredible especially on a duked out gaming PC! 😀

All in all if you’re looking for an open-world game that you can explore for hours and not really get bored of it then this is probably the next game you should add to your library of games. I put in over 20 hours just trying to complete the main story line and I haven’t even explored each area yet! I’ll definitely be making another character just so I can make different decisions and explore different regions that I have yet to see.

Here is a short video of some visuals and battles inside of Dragon Age: Inquisition. This video is really well done and really shows you a lot of which is in store with this game! 🙂

So what do you guys think of my Dragon Age: Inquisition review for PC? Have you played it and if so what do you like about it?