There is one main factor that keeps games fresh and keeps people coming and that is the content. The more content you produce in a game, the better it gets.

For the most part I feel like most gamers want to have that sense of freshness, a new taste with the games that they pick up on a consistent basis.

I want to elaborate a bit on what I mean by this and also talk about some examples that I’ve noticed around the block, let’s get some discussion going! 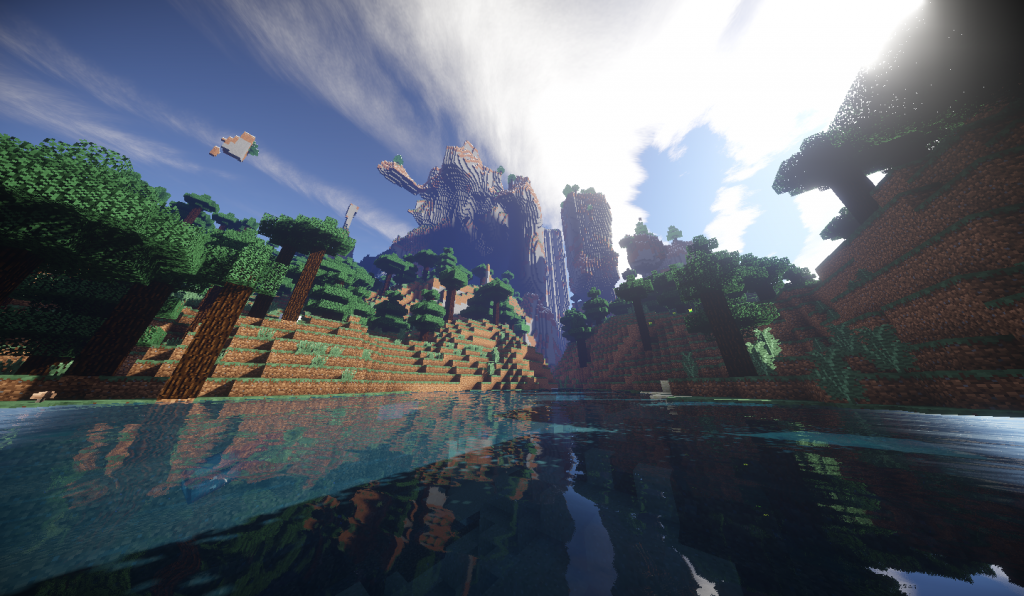 It’s no mystery that Minecraft is one of the most successful games to have ever been created. It has one of the highest player counts to date.

It didn’t start out like that, Minecraft has evolved a lot over time. Over many years Mojang has added more and more content to the game and always kept the updates coming on a consistent basis.

I remember the adventure update which I believe was patch 1.8.1 – this update introduced the Enderman, hidden mines and more combat mechanics that made adventuring and combating the mobs more in-depth.

There have been over 50 updates since the official release of Minecraft and then there are a lot more updates before then with the alpha and beta stages of the game. Over 100 updates that have added content, fixed bugs and what not from getting feedback from the community that developed in time.

Let’s also not forget to mention the modding community for Minecraft, the modders create an endless stream of even more content for others to use. This has also been a key part towards Minecraft’s success.

I don’t feel like all new titles need a modding community in order to be successful, it’s as simple as consistently creating more content and listening to what the people want.

Content is king. Game developers that keep on creating more and more content and cater to what their community wishes to see done with the game will win. They will create inevitable success with their game.

Another example of this is the Elder Scrolls series. The most notable Elder Scrolls title is Skyrim which has a great amount of content right out of the gate without the DLC or the mods.

Same goes for Morrowind, an older title in the Elder Scrolls series. Although released in 2002, there are texture packs and mods to make it feel like it was just released yesterday.

Morrowind has some of the most content in a game world that I’ve ever seen and that’s not including the crazy amount of mods out there.

The more content that a game has either right off the bat or as the game continues on, the better. Gamers will stay extremely loyal to a game that they love when it’s having a consistent basis of content being added.

More Examples That Turned Out Great

I have been dabbling back into Rainbow Six: Siege recently.

Want to know why? They’ve added more content since the last time I played.

It’s my go to FPS right now because they’ve added a lot more operators/characters to play as, they’ve added more maps and they’ve added customization features to give you that sense of progression.

I’m loving it! They have more operators planned for the 2nd year that they’ve had the game live and I’m pumped to see what they come up with. Rainbow Six: Siege came bundled with my GTX 970 and that was around the time that the game was just coming out.

Downloaded it that first day I got my PC up and running, there were 10 less operators at the time, less maps and there wasn’t much customization at all. Now you can customize the look of the operators and there are a ton of camos to unlock.

At launch, Rocket League had enough content to get people super interested. Loads of people play Rocket League, they always have. Car customization was extremely fun right off the bat.

Sure, they have some cosmetic stuff you can buy with real money but they’ve added a ton of free content to the game in the form of game modes, maps and more customization.

Since launch, they have included many free updates and this is why many people will support the developers with their decision of adding in cosmetics that cost money. Now you can even trade cosmetics with others.

Games that see high levels of success have high levels of content that is always expanding. Even the AAA titles – eventually DLC packs, mod support or other types of content get released and it keeps the existing people playing as well as getting more people to try out the game.

Those are the three factors in today’s most successful games, is it not?

Developers that create a consistent stream of content keep the game fresh. This keeps existing players playing, gets others interested in what the game is about and shows that the game is here to stay.

Progression gives people that sense that their time isn’t being wasted. I love getting more renown in Rainbow Six: Siege so that I can eventually unlock that next operators or that next cool gun camo. I enjoy grinding to get the Eyes of Ender in Minecraft to eventually defeat the endgame Ender Dragon.

Some of the bigger gaming corporations don’t have transparency and it shows that they don’t really care. The best example right now is with For Honor.

So many people are writing out to Ubisoft about the issues with disconnecting in the middle of a game.

Yet they just created a post to everyone on Steam related to combating the issue of people using a rubber band on their controller to gain rewards while being AFK..?

There is no transparency there. Almost their entire player base has issues with connecting and staying connected to a P2P server yet they want to talk about an issue that almost nobody has seen… It’s odd that they aren’t addressing the biggest issues from feedback.

What do you think is most important for a game’s success?

Which games are you into? Do they have consistent content creation? Why do you enjoy it?