So I’ve been playing a bit of the Overwatch open beta and I’ve got to say, it isn’t even remotely close to Battleborn. The two shouldn’t be compared at all.

A bit ago I wrote a post about Battleborn and how I thought that I’d enjoy the universe of Overwatch better. I initially thought that Overwatch was also going to be a FPS/MOBA combo but it’s really not at all.

Sure, Overwatch has some elements that a MOBA would have such as characters that all have their own unique abilities and what not but that’s really about it.

As I said, comparing the two is irrelevant. 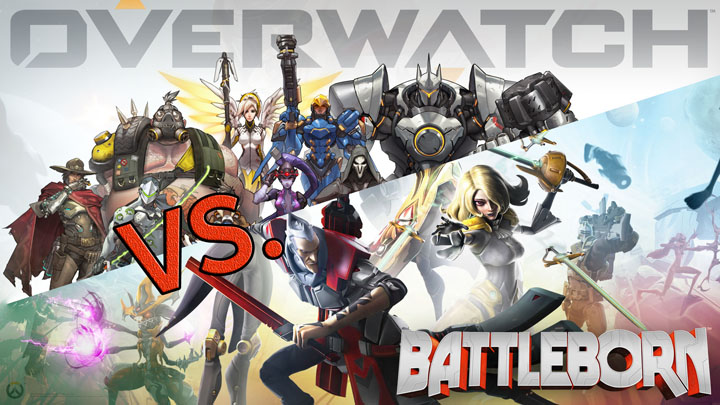 Battleborn is more of a MOBA type of a game just like League of Legends or Dota 2 with the twist of being an action packed FPS. You move as a team and you level up your characters as you move forward and there are all sorts of power ups and what not. It’s extremely in-depth.

Overwatch really has no elements of being a MOBA type of game. It’s a lot more simple since you don’t level up the characters and there aren’t many different power ups and what not during gameplay.

There is no mini-map, there isn’t anything to destroy on the enemy team for a victory (at least in this beta there wasn’t), there aren’t minions to kill to have them go up in a lane to push the enemy back…

Overwatch is actually more comparable to Team Fortress 2. If you’ve played TF2 before then you probably know about the Payload game mode.

You have to move the payload to different checkpoints eventually hitting the end point for a victory. The opposing team has to stop you from moving the payload to the victory point. 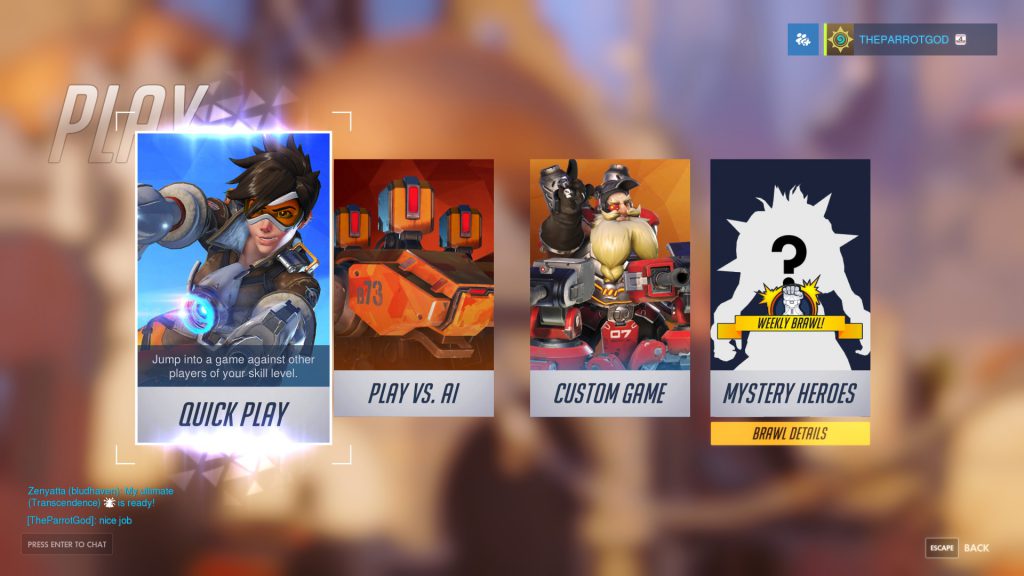 In the open beta, Overwatch’s game mode was a combined “capture this point” type of mode along with moving a payload across a map. There weren’t other modes, a simple Quick Play option, an option to play against AI and a random hero mode which was the same game mode just that you were forced to play as random heroes.

All in all, Overwatch is more of a TF2 type of shooter. There isn’t much depth other than each hero having their own specific abilities and overall design.

Battleborn is much more comparable to Dota 2 or League of Legends and is no where near TF2. Games take a lot longer, there is a lot more depth to everything and you can change each characters abilities as you level up by killing enemy minions and players.

In my post regarding Battleborn I wrote it in a way of comparing the two saying I’d like Overwatch better… although this is true, I thoroughly enjoy the Overwatch universe way more than Battleborn’s and I really enjoy playing Overwatch more… it’s just not fair to try and compare the two since they are two completely different games.

Is Overwatch Worth Picking Up?

Usually I like games with a lot of depth.

I like games that have a lot of goals to finish, lots to unlock and has a different feel to it every time I play.

Overwatch does this but in its own way… Battleborn is way more in-depth in the way that you can build and level up your character different for each game. Each level up grants you a skill point in a skill tree and each character has their own skill tree – I really like that about what Battleborn is doing.

Overwatch doesn’t have any individual character level ups. You have an account level though and each time that your account levels up you gain access to a loot box. Inside each loot box is different cosmetic type items ranging in different rarities from hero skins to sprays, voice sets and player icons. 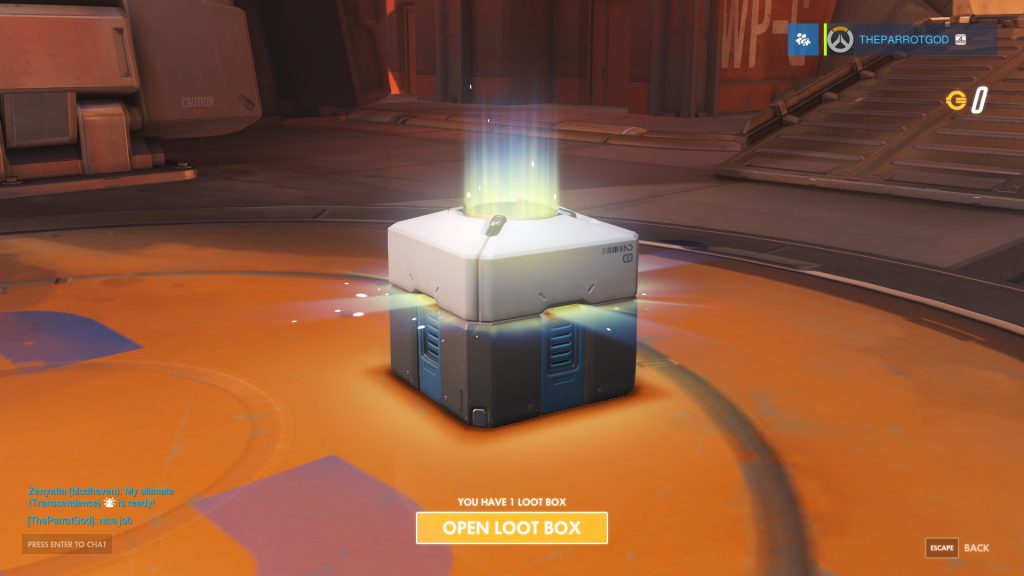 Each box will have one rare item for sure and if a box contains a cosmetic that you already have then it’ll give you some credits.

You can spend credits on other cosmetics that you’d otherwise have to get in the loot boxes.

I personally think it’d be fun to try to gather all of the cosmetics in the game – mainly all of the hero skins – which would mean playing a bunch of matches to open more loot boxes to get more credits/skins.

In the beta I didn’t see any side challenges to complete for credits or other unlocks, I didn’t see an achievements section or anything like that… it was simply leveling up and unlocking loot crates to get cool stuff. 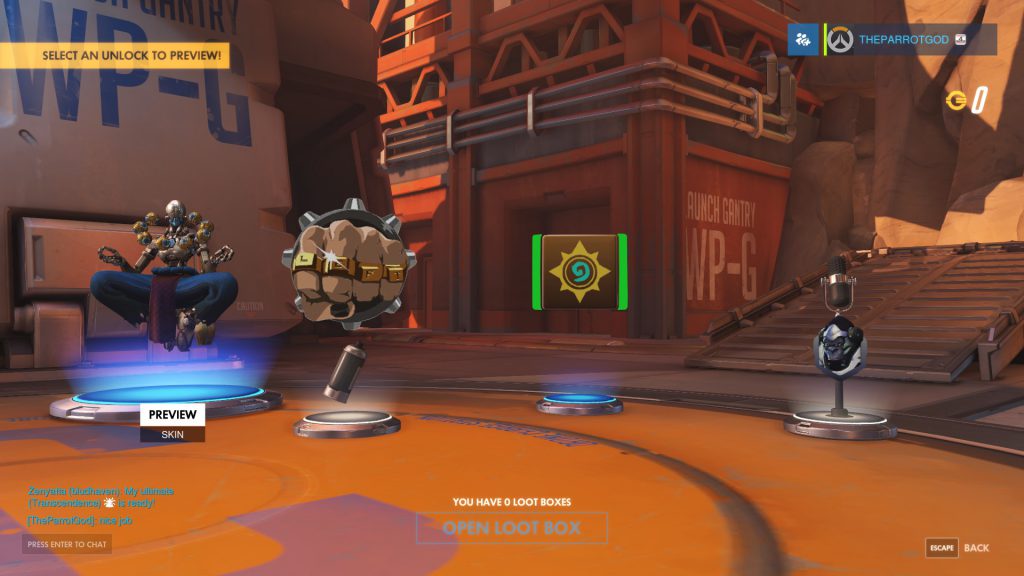 I still found it to be pretty fun in that way so I’d still play the game like that but I’m really hoping that in the final release there are at least difference challenges to do such as getting a long kill streak in a game or getting a multi kill with a specific hero to get credits/unlocks.

It’d give a lot more variety to the game making it that much more fun to hop back in and play over and over again.

With all of this said, I’m pretty sure that I’m going to be buying this game. I’m not getting the Origins edition or Collector’s edition simply because I don’t need them. The Origins edition includes hero skins and a bunch of other cosmetics for Blizzard’s other games like World of Warcraft and Diablo III for $60.

If I played those games I’d probably pick up the Origins edition but since I don’t, I’d rather save some cash and get the basic $40 version.

Blizzard has come out and said that any new maps, heroes and overall content added to the game would not be DLC. All new in-game content is going to come in free updates to the game so to me that makes the game definitely worth getting for $40. It seems like a fair price.

I simply enjoyed this beta a lot and I really love the overall feel of this game. I’ve never really been a big MOBA fan and I love action packed FPS games and that’s exactly what Overwatch is. If you enjoy MOBA type games with more depth to them then I’d also suggest picking up Battleborn – having both would result in two very different experiences. They’re both very different games.

I took some screen shots while I’ve been playing for you guys to check out, this is definitely my most played game from this past weekend! 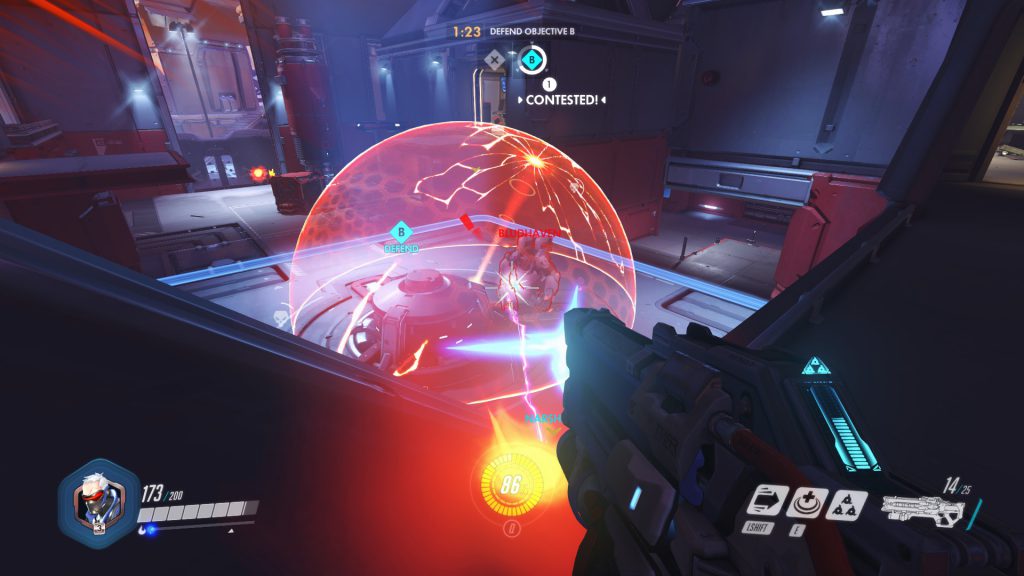 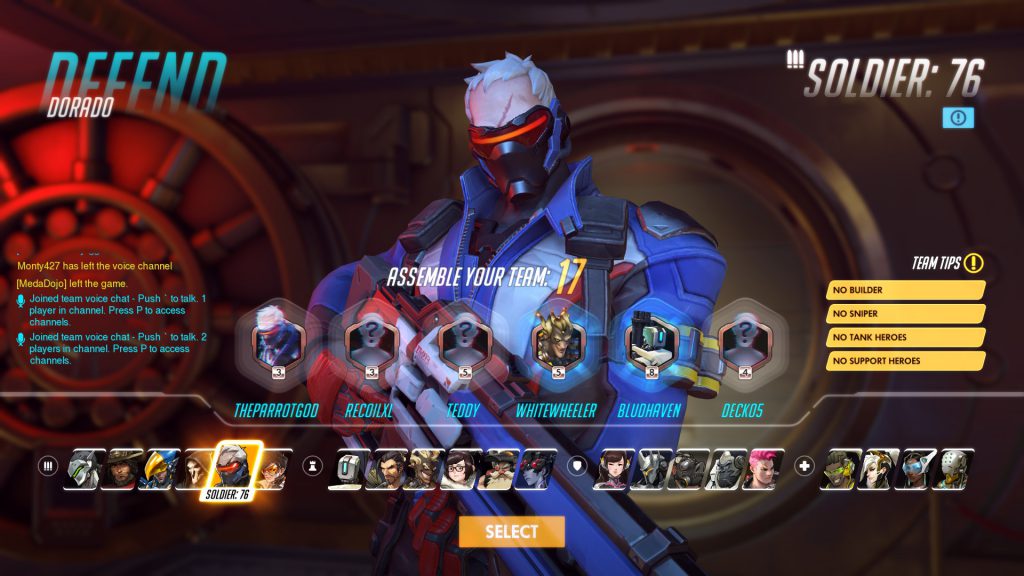 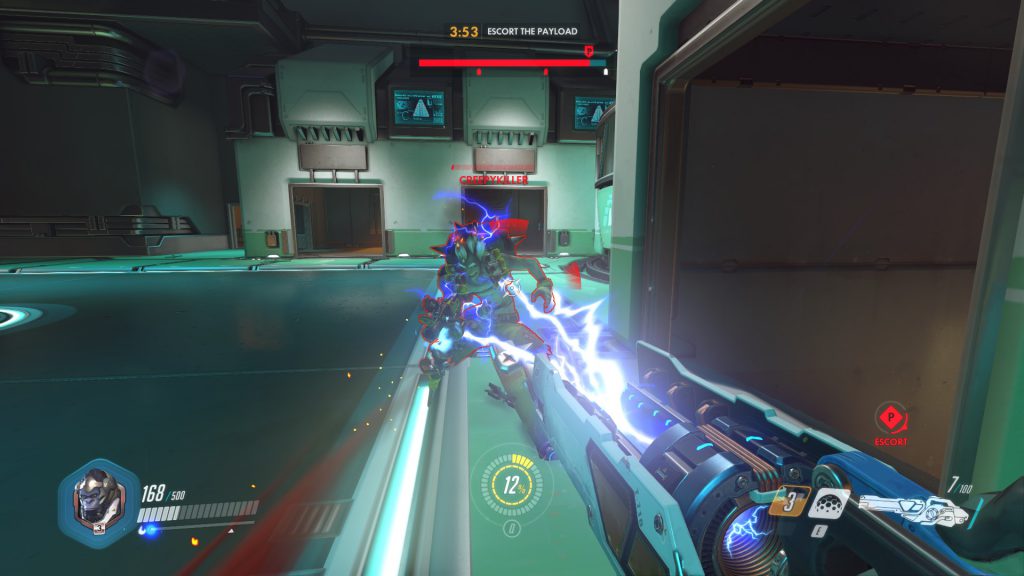 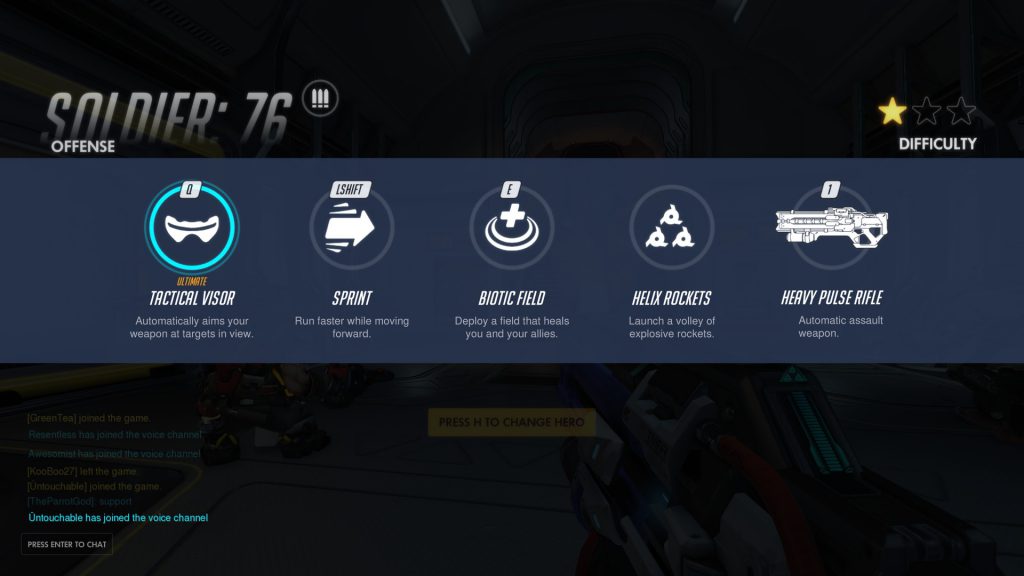 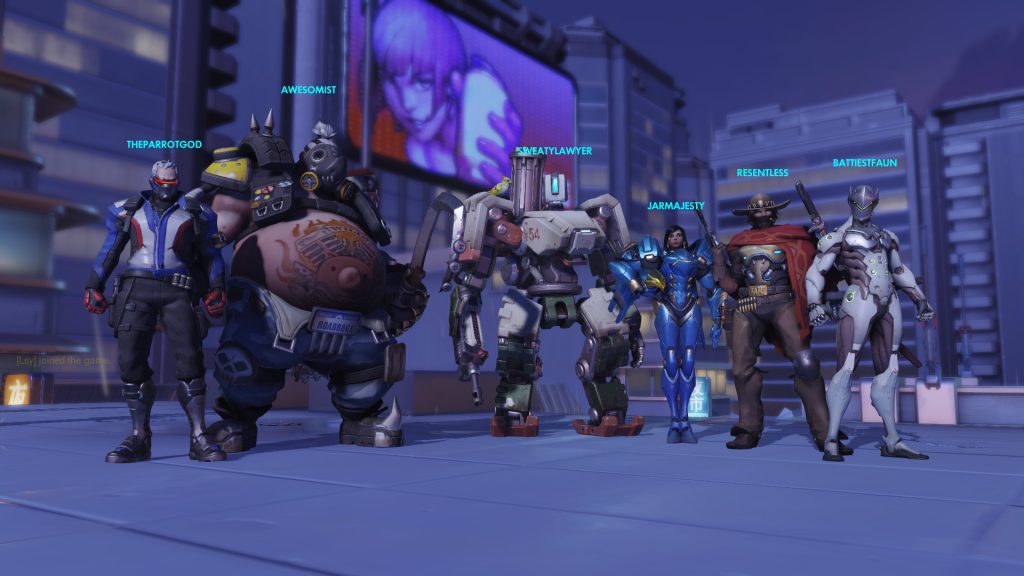 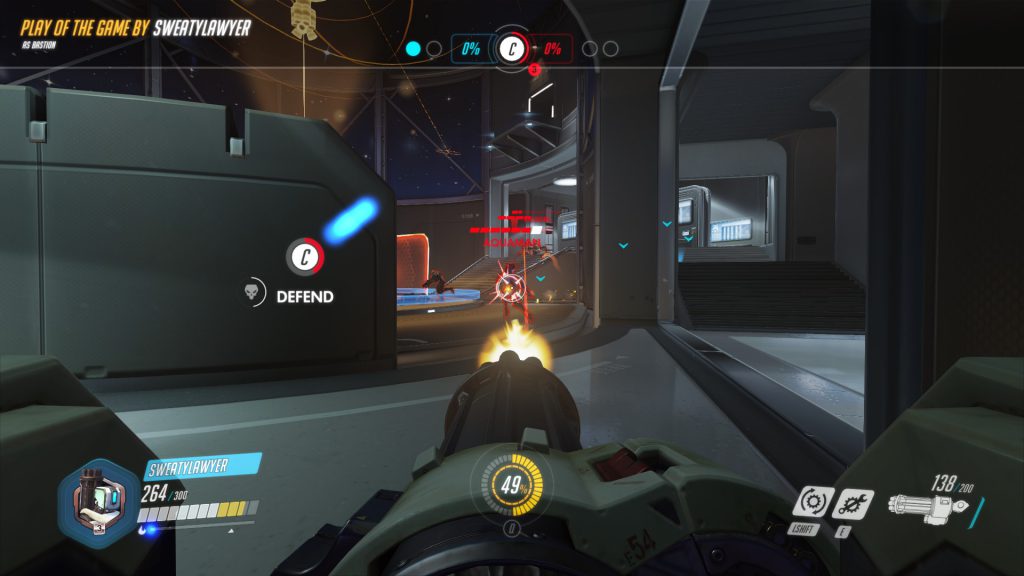 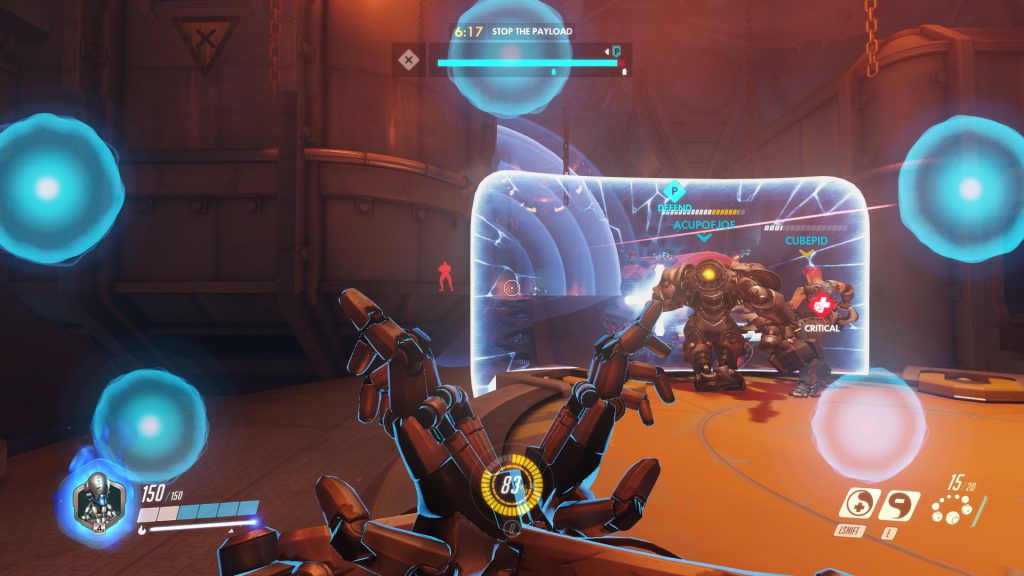 Overwatch has a unique graphics style. This is by far my favorite game universe as far as overall characters go as well!

May 24th Will Definitely Be Fun

So I’m definitely going to pick it up. I’m hoping to see some achievements and/or challenges in the final game which result in gaining more unlocks or credits but even if that wasn’t implemented into the final game it’s still worth it to me since the experience is just flat out awesome.

So, did you try out the Overwatch open beta?

Are you going to be picking it up?

6 thoughts on “Overwatch Open Beta Review, You Shouldn’t Compare It To Battleborn”