The SkyTech Azure gaming computer just came out in mid October on Amazon so it’s time to review it! Question is, is it really ready for the future?

By the future I mean the future of VR gaming. It is advertised as Oculus ready but the specs will have to line up right in order for that to ring true. 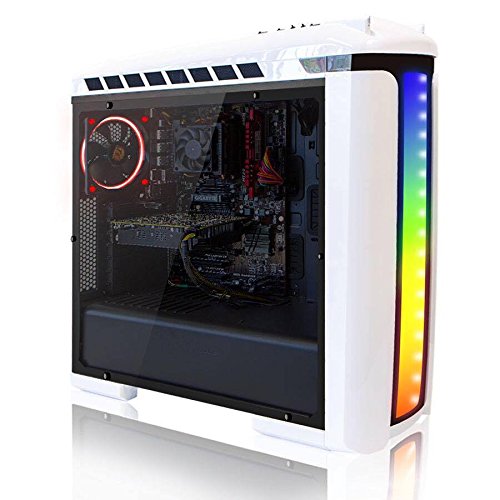 A GTX 1060 Is Definitely Good Enough

The video card for the Azure is a 3GB GTX 1060. This is definitely more than enough for VR gaming.

6GB of VRAM would have been most optimal when looking at the far future of where VR is headed but 3GB is definitely good enough for today’s standards. 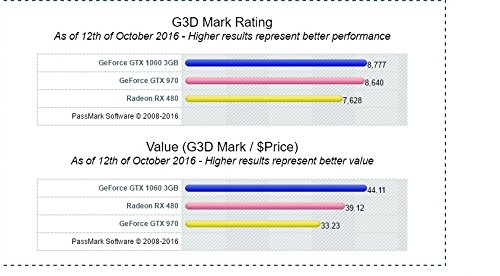 If you look at benchmarks compared to a GTX 970 you’ll see that it has a tad bit better performance level. I play a lot of VR with my current build which uses a GTX 970 and so far all of the titles I’ve played have been smooth as butter.

When looking at traditional gaming on a 1080p monitor you’ll experience 60 FPS on almost every title out today on higher graphics settings.

Most games depend on the graphics card for performance so it is good that SkyTech made sure that their newer desktops include the newest hardware in that department.

1440p gaming is also possible with a 1060, there is plenty of footage on YouTube showing it in action at higher resolutions. I wouldn’t go in expecting 60 FPS with GTA V at 1440p, you’d be more so looking at 30-50 FPS average with titles like that.

4K gaming is possible but not necessarily recommended if you’re looking for super smooth gameplay. With something like GTA V you’ll be looking at 20-30 FPS average on the higher settings. Less demanding titles will be completely playable at 4K though!

Another important factor, especially when thinking about VR gaming, is the processor’s performance.

VR headsets such as the Oculus Rift and the HTC Vive call for a higher minimum requirement for the processor. The listed minimum AMD processor would be the FX-8350.

Although that’d be most optimal I don’t think it’s essential to enjoy a VR experience. I have seen some footage of others using something like the FX-6300 and still getting good enough frame rates to enjoy VR gaming.

AMD has even revealed five processors that are compatible with the Oculus Rift and the FX-6350 is listed on there!

The best part about the FX series processors is that they can be overclocked for further performance potential. So if down the road the CPU stops performing like it used to you could throw in a good CPU cooler to boost it a bit to get more performance.

I want to warn you though, do NOT attempt overclocking the FX-6350 without a proper aftermarket cooler. The stock cooler is not designed for overclocking.

You could always do a build of your own and start off with an aftermarket cooler. Something like the $600 build here on the site would suffice for VR gaming. Combined with a good enough cooler you’d be able to overclock right off the bat.

With this PC you’d have to install the cooler and it’s a bit of a process to make sure you get the stock cooler off the right way but there are plenty of tutorials out there that will show you how it’s done.

I wouldn’t worry about trying to overclock right away unless that’s what you’d like to focus on. Overclocking is not essential in order to be able to play today’s VR games, it just helps to perform a bit better is all!

Everything Else About The Azure Is Awesome

All of the other hardware included with the Azure adds up and I can see how many would see how it is at a fair price point because of that.

Let’s start by talking about this lighting! I’m a huge fan of how lit up my station is from peripherals to the PC itself and the lighting for the case is some of the coolest lighting I’ve ever seen.

It has RGB lighting on the top and front of the case meaning that you’ll be able to change the colors around how you see fit, at least that’s what RGB lighting is supposed to mean.

I personally haven’t seen how the lighting works in a video or in person but anything that I’ve messed around with that’s labelled as RGB lighting has meant that the lighting is customizable.

I’ve never seen any case that has lighting like this and I can see how that factors more into the price point.

Without the lighting it’d probably be cheaper overall but for someone like me, I’d pay the extra bit for it to look amazing.

For the other hardware it has 8GB of DDR3 RAM, a 1TB hard drive, comes with wifi, a 500W power supply and a keyboard and mouse to go with.

8GB of RAM is the standard for today’s games and it’s going to be that way for a while yet. It’s inevitable that games will need more RAM at some point but that’s not going to be for a while yet. Besides, there is another RAM slot on the motherboard to add more RAM – try to make sure you use the same stick though when you add more!

1TB of hard drive space is plenty for a bunch of games. Some recent titles are as much as 20+ GB so having a bunch of space is essential these days.

I’ve read that it’ll come with a wifi dongle and although there is no info as to what type, I’m sure it’ll connect just fine. I’d still recommend a direct connection with an ethernet cord though to have the best connection possible while playing.

500 watts of power will definitely be enough for powering everything and it’s even enough for those that want to overclock the processor a bit. No worries there.

Not sure what type of keyboard and mouse it’ll come with but I’m sure it’ll be the basics. A normal keyboard with a mouse that has high enough DPI for 1080p. Though if you’re like me you’re going to want to pick up a keyboard and mouse down the road that matches the RGB lighting!

Something important that I want to point out is that this is not going to come with any type of CD drive. It comes with some CD drivers though so you may want to pick up an external USB CD drive if you’re wanting to install the software that comes with.

I Definitely See The Value

All in all, this PC is pretty decent for the price point.

With $600 you could have your own PC build that has a better processor but you’re not going to find many PC cases out there that have lighting like this. With this PC, you’re paying for the lighting and for the PC to be built for you, ready to go right out of the box.

If you’re more into getting the most possible bang for your buck then you’ll also want to look into doing a build of your own just to compare. But as I said, there is value in having an awesome looking computer that is going to handle today’s games right out of the gate.

Click Here To Check Out A $600 PC Build Guide

At the time of this writing there is only one Amazon reviewer, it’s worth taking a look at if you’re interested in picking up this PC!

This got a 7 out of 10 because of the fact that it will be able to handle VR gaming right away as well as high quality gaming at 1080p but also because of the lighting options.

If the lighting was not included this PC would more so be around the 5-6 out of 10 range because you’d be able to do a build of your own with this amount for higher performance levels, a build that would be even more ready for the future.

Or are you wanting to do a build for yourself?

2 thoughts on “The SkyTech Azure Gaming Computer, Is It Ready For The Future?”