So I got my hands on Valve’s Steam controller which is supposed to be the all-in-one solution for the PC controller. Surprisingly, it’s a nice controller!

I was only surprised because after watching many YouTube videos I’d hear two sides of the story. Half of the users didn’t really like how it felt while using it and the other half absolutely loved it.

I pre ordered the controller in late October and got it in the mail earlier today. I’ve been using it all day with Fallout 4 and although it isn’t the 100% perfect solution, I definitely don’t regret picking it up. 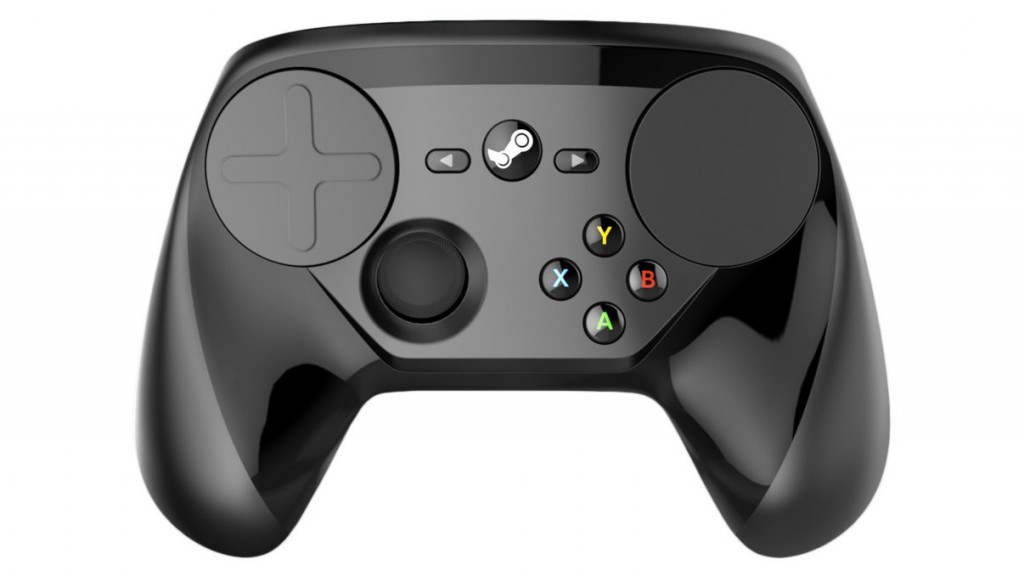 It’s Not Perfect But It Sure Is Awesome 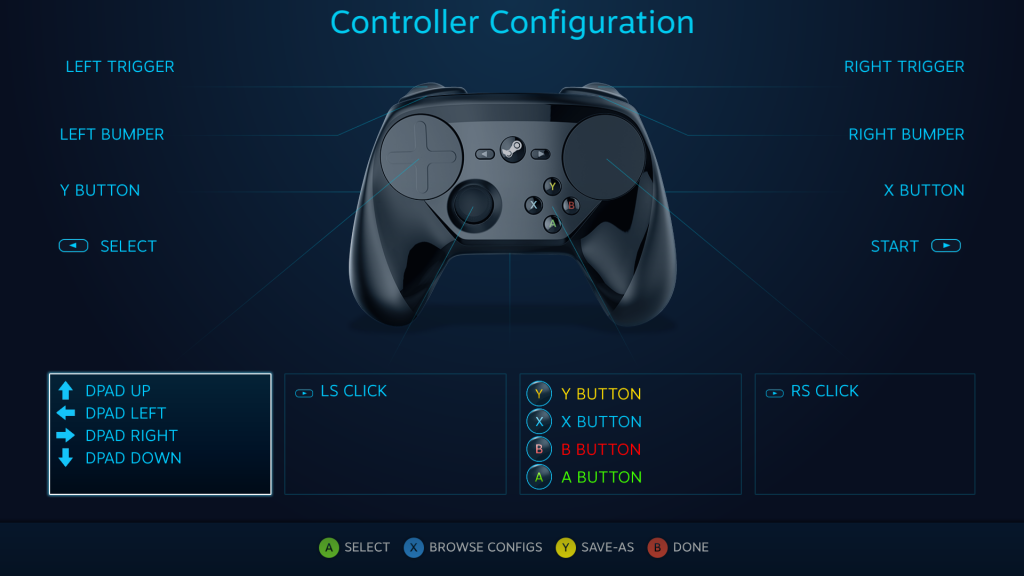 The main reason why the Steam controller stands out among all of the other PC controllers on the market is for the extremely deep customization that it offers for any game that you have, Steam or not.

Everything from each button being able to be mapped to any button on the keyboard/game pad/mouse, adjusting the sensitivities, acceleration, whether the right pad is a mouse or a joystick – basically any combination of things that you’d want to change on your controller is available.

This is why I bought the controller.

I’ve been playing the crap out of Fallout 4 since late last night and once I got the controller in the mail I started playing even more with the controller.

The only “negative” I have for this controller is that I can tell that it isn’t going to be as accurate as a traditional mouse when it comes to FPS games. With that said, I’ve gotten my character to level 10 on Fallout 4 while using the Steam controller and the game is 100% playable. I intend to use it for the rest of my play-through. (By the way, keep an eye on my Fallout 4 review coming soon!)

It’s not like I’m not dying, I’ve actually died plenty of times but it is more so because of my inability to use tactics against tough enemies. Once I’d quick load and be patient with a new tactic then I was able to slaughter each enemy before me with the controller.

It is definitely something to get used to, it’s an acquired taste. But so far I really think that this will be able to replace any game pad that I’ve had and tried in the past simply due to how much more accurate it is as compared to say an Xbox 360 controller.

The Shape Is Different But Manageable

So instead of how traditional controllers have handled the handles on the controllers, the handles actually go upward a bit into the palms of your hands.

This is so that the tips of your thumbs are angled at the pads to maximize the accuracy that is with the controller. I’m pretty sure that this controller was made with bigger hands in mind, adult sized hands because it is also a bit wider than what I’m used to with a Xbox 360 controller. I think a child with small hands would have a hard time using the controller to hit the A B X Y buttons while also trying to use the touch pads.

I, on the other hand, don’t have many issues with it. After watching the massive amount of videos for the past month on the controller I heard so many times that the buttons, more specifically the X button, was too far of a reach.

Very rarely do I hit the wrong button, even though the buttons are smaller than usual, it still feels pretty comfortable jumping with my thumb from the touch pad to the A B X Y buttons.

The feeling of using the pads is pretty awesome because they use haptic feedback. If you use a recent Android smart phone then maybe you’ve noticed that your phone slightly vibrates while you put in your pattern password to access your phone? As you pass each dot with your thumb, you feel a slight vibration letting you know that you’ve hit the dot and that your thumb is being tracked on the screen.

It’s the same thing with this controller. There’s actually a hapic feedback setting where you’re able to feel the vibration as you slide your thumbs around the pads, giving you a feel for where you are on the pad itself and the feeling that your thumb is being very accurately tracked with where you’re at. 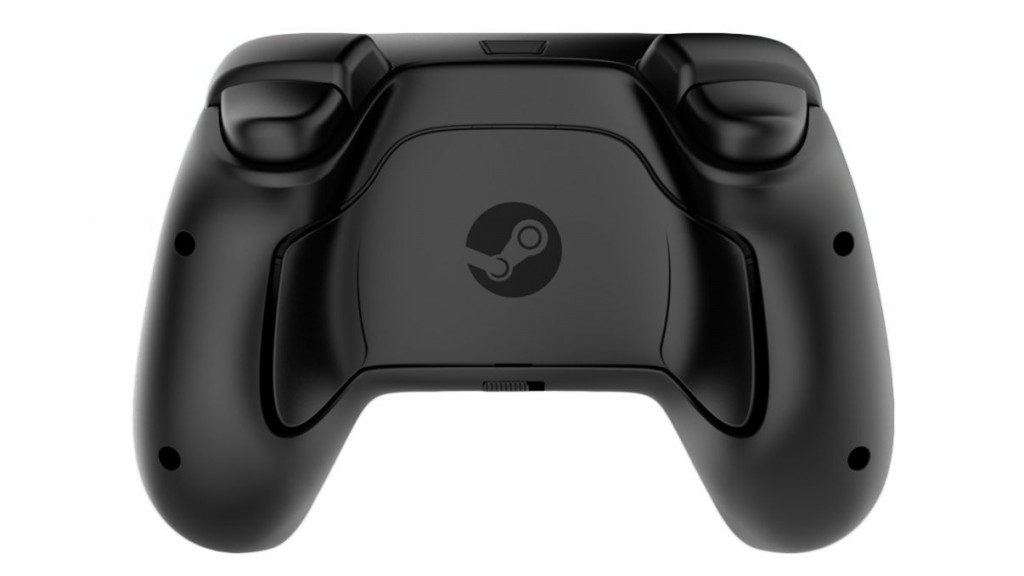 It feels pretty cool in my opinion but I only use it when I’m on my desktop using the controller. When it comes to Fallout 4 I don’t like to use the haptic feedback. It gets sort of distracting if I’m not in a heated battle.

Another cool part about the controller are the back paddles. There are two clickable buttons which you’d be clicking with your middle finger and ring finger as you hold the controller.

This gives you a plethora of options to use for extra buttons on the keyboard/mouse/game pad for your games. You can either set them as singular button presses or you can set them to where if you hold one paddle in then it can change the behavior of specific buttons on the controller.

The overall design is pretty good for what Valve is trying to do with this controller. I know this won’t be their last manifestation of a controller as they move forward, but it’s a great first step towards evolving the controller market for us PC gamers.

Usually I don’t play for this long, but today I basically played Fallout 4 for 12 hours straight, obviously taking breaks to eat and what not but all in all I took this day as a full Fallout/Steam controller day.

After using the controller for most of the day I started to notice that my thumb was starting to have a very slight ache and I caught myself shaking my thumb a couple of times to try to kick it back into gear.

If you play for long periods of time, I’m talking like 5+ hours of gameplay straight, then you’re more than likely going to experience a slight ache in your thumb. It isn’t anything bad to a point where it stopped me from playing or hurting me after I was done playing though.

It was more so something that I had noticed. Maybe it is my insane desire to play as much Fallout 4 as I possibly can… 😛

Nah, in all seriousness, I don’t think the thumb ache is such an issue. I hardly play PC games for as long as I did today and something tells me that many of you have things going on in your life where you’re not always going to be able to play for hours and hours on end.

If you do however, I’d suggest maybe taking a break here and there to do something else quick. To give your thumb a rest.

If I were to actually play full on for 12 hours straight then I think the thumb ache would have been something that carried on even after I was done playing.

I have yet to really use the controller for any other types of games so I can’t say this same thing is going to result in other genres.

I did play a bit of Rocket League with the Steam controller and you don’t really use the right touch pad for anything special while playing so I’d assume that in a game like that you wouldn’t experience anything like this.

I think that the aches are going to be more common in games like a FPS where your right thumb is going to be constantly at this angle. There’s really no way around having to angle your thumb in this fashion, trust me, I’ve tried to. But using your thumb at this angle gives you the most accuracy possible.

All in all, Valve’s Steam controller for us PC gamers is actually pretty useful.

When it comes to competitive FPS games, I think most would be better off and more comfortable using the traditional keyboard and mouse setup. But honestly, in my opinion, basically any other type of game could be played with this controller. Again, competitive play wouldn’t really be ideal since it’s not as accurate as a mouse but it sure gives off a whole new vibe to the game that you play with it.

So, what are your thoughts on the Steam controller?

Are you going to be picking one up?

2 thoughts on “The Valve PC Steam Controller, My Review After Day One”