Brawlhalla is a fairly new free-to-play game, so what is Brawlhalla all about? Well if you’re a fan of Super Smash Bros then you’ll really like this game!

If you’re familiar with Super Smash Bros then you’re going to pick up on Brawlhalla very quickly.

There are currently 8 different weapon types which span across the 18 different characters – AKA Legends.

The current weapon types and the Legends that are able to use them are the following:

(The links are to the Brawlhalla gamepedia page explaining who each Legend is!) 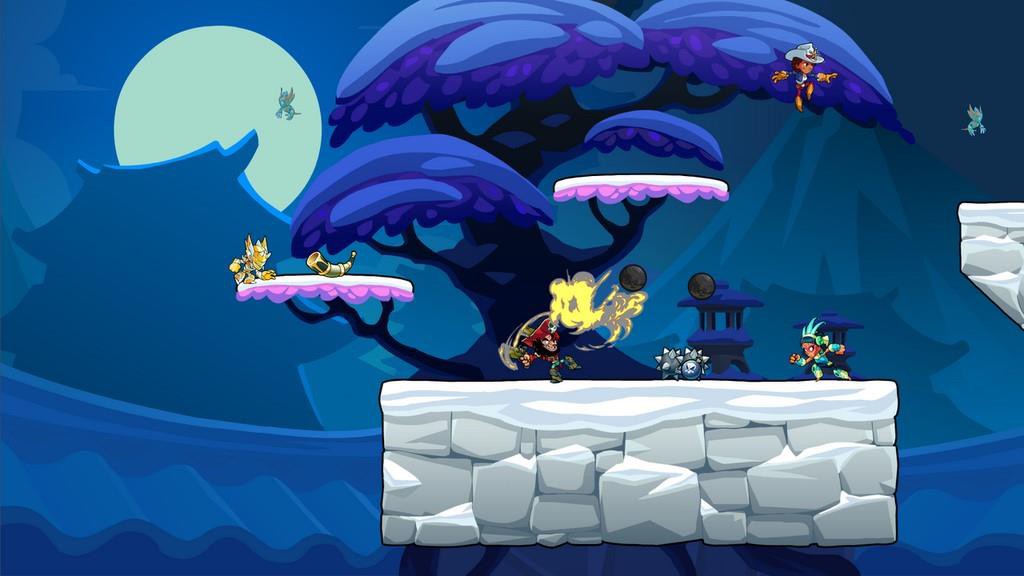 So as I said above, this game is very much like Super Smash Bros. At least that’s the only game that I can really compare it to anyway.

Online matches are a free for all match between 4 Legends. The player with the most KOs and least amount of deaths/accidents at the end of each match is the winner. There is also a ranked option to play in 1v1 or 2v2 matches to gain higher ranks.

So basically when the match starts your only goal should be to inflict as much damage as you can to the enemy players as well as trying to keep players from damaging you too much. The more that you are damaged, the more likely you are to get knocked out of the map. You want to damage players into the orange/red area and then perform nice combos or a nicely executed heavy attack to blow them out of the map.

So just like in Super Smash Bros, smashing opponents out of the map gives you points. Getting knocked out of the map negates your points. In ranked, you have 3 lives per player.

There are also random item drops. The items can range from bombs, sticky bombs that detonate on contact, horns that hurt players and summon weapons and then there is a weapon drop which will randomly give your Legend one of the two weapons that are assigned to them. For example my personal favorite Legend, Bödvar, is able to use a sword and a hammer. Every time I pick up a weapon pickup I will randomly get one of the two and I absolutely love getting the hammer because I’m pretty good at smashing enemies out of the map! >=)

Be careful in 2v2 ranked though! I was playing with my friend on 2v2 ranked and we found out that you can also damage your team members in the exact fashion as you’d damage anyone else so be very careful when you’re landing your attacks, be wary of wear and who you are hitting! It sucks to knock your own team mate out of the map because of your own mistake! 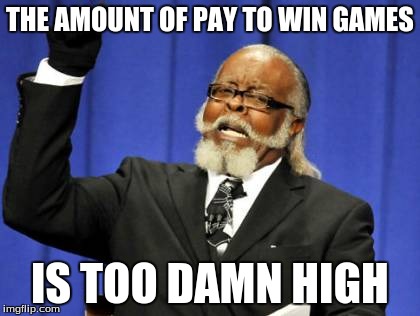 Local co-op is a thing in this game. If you’ve got an extra controller or don’t mind sharing a keyboard or using two different keyboards then you can have your friends over to brawl it out or to rank up in the 2v2 ranked matches. It’s a lot of fun to play with friends!

You can also make some connections within the ranked matches or the online matches because at the end of each match you’re able to chat to the other players to tell them gg or if you’re that guy that gets angry (like me sometimes lol) then you can trash talk the enemy players. Keep in mind though that swearing is blocked from the chat and getting around that system to curse at people may get you reported…

This is definitely an easy game to learn how to play but it’s one of those games that is going to take many hours of gameplay to actually really get down and master. It just went free to play at the beginning of November and there are quite a few people playing this now and so there’s plenty of matches to be had and many hours to invest playing it.

With that, it’s also good to know that this game is 100% NOT pay to win! I personally hate free to play games that require you to spend insane amounts of money in order to actually be good at the game. You definitely can invest money to unlock all of the legends, current and future, forever and you can also spend money on cosmetics but there are no real game changing effects with real world money involved, which is awesome.

All in all, if you’re a fan of Super Smash Bros then you’ll definitely want to at least give this game a shot. There is a dedicated development team behind it and the community is a pretty cool one, at least in my experience so far.

You’ll end up spending hours on it, it doesn’t take a big toll on your hard drive and it’s free to play, so why not?

There are no “pay to win” crap in it!

So, have you played Brawlhalla?

Are you going to be giving it a shot?

8 thoughts on “What Is Brawlhalla? An Awesome & Free Brawler”