Early access has been apart of Steam since 2013. Valve created this section of Steam to help developers get their game out to the public as soon as possible while still being able to get the money needed for further development.

So the question is – should we even bet on early access?

Getting into a game’s development when it’s at a playable state to watch the game evolve and to contribute to its ideal success – that’s the overall goal of early access.

I personally think that early access is a good thing for the gaming industry. It lets developers get an idea of what to do next based on the feedback they can receive from people that decided to get involved with the game early on.

With that comes some consequences though… Most people on Steam think that buying a game on early access means that they’re getting into a polished version of the game.

This can lead to a plethora of negative reviews resulting in the game having a bad “reputation” right off the bat.

A perfect example of this is Conan Exiles – it just started up on early access less than a week go and it has mixed reviews. I have been playing this game for a good bit now and I can see why it has its negative reviews…

The game isn’t entirely playable at its current state. There are some lag issues and some bugs, granted they aren’t completely game breaking, but they’re there and they can get a bit annoying. But this doesn’t mean that the game is a bad game…

The people that left negative reviews are expecting to have a completely playable experience for $30! I don’t think most people understand what early access is really for and I think Valve should change some things on Steam because of that.

I feel bad for some developers because putting a game on early access through Steam means putting up with people that don’t understand that they are putting themselves into an early state of the game.

I see early access as a time for the players to provide feedback on the bugs and other little problems with titles. It’s not a time to post a review on a game thinking that it’s going to be how it’ll be in the future through the development process.

Games take a lot of time to develop and early access is simply a portal for people to get involved early on that way the developers can decide what’s good, what’s bad and what should come next.

With that, the opposite is also true. Some developers abuse early access.

One prime example was a game called The Dead Linger. Sandswept Studios was the team behind this game and they started a Kickstarter campaign to get things rolling.

I was one of many that donated to make sure that the team could get the game going.

They explained about how The Dead Linger would develop down the road to become a procedurally generated zombie survival game with a bunch of different types of places, enemies and items to discover.

The game released on early access in time and at first everything was going pretty smooth. Alpha gameplay was alpha gameplay, most animations weren’t even close to being finished but they were persistent in getting updates out and improving on the game.

After a good while updates stopped happening… Players were asking over and over again where this team had gone to and there was complete silence for the longest time… eventually the team came out and said that they were no longer developing the game, that they weren’t able to complete it because of financial reasons.

I could understand if there were real issues regarding their financial standpoint but they immediately went into developing another new game. That is a clear sign that they didn’t have as big of a problem as they stated.

That’s one example of how early access can be a complete flop. It could mean that you completely wasted your money on a game that wasn’t going to be developed in the first place.

Another reason how early access can be a flop is when a game sticks the early access label on their game for many years while still coming out with DLC as if the game is completely finished.

In my opinion, if you’re going to be releasing DLC for a game then the base game should be at a completely finished state and there should no longer be an “early access” label on it.

Ark: Survival Evolved is the perfect example of this.

I enjoyed my time with Ark, it’s not that bad of a game and to this day it’s one of the most played games on Steam even though the reviews have hit an all-time low.

The main reason why it has a bunch of negative reviews is because the game has been in early access since June 2015.

It has paid DLC while it has been in this “early” state and there have been bugs with the game that have existed for an extremely long time yet their focus was on getting DLC out.

I no longer play it because I don’t believe in development teams making moves like how they did. That and the overall grind of the game wasn’t enjoyable for me.

If your game is an early access title then you shouldn’t be pushing DLC out – you should be focusing on base game content and fixing bugs/lag issues.

At this point I don’t see a clear vision for Ark. Nobody knows when it’ll get a “full” release and what would that even mean? What do the developers need to add in to label it as a full game?

There’s no reason a game can’t continue to be developed after it releases out of early access so all of the content they’ve been making could have been made after saying that the base game is complete. There is plenty of content with the base portion of the game and it could have definitely been labeled as complete.

With all of that, Ark is still going strong. The other day I saw that there were over 100,000 players on and playing at the same time and that’s a clear sign that the game is doing fine. They could have gone about using early access in a different way though… They aren’t a good example to follow for future titles.

Early access isn’t all bad though! There have been examples of games that started out with early access, moved onto a full release and continue to push out updates afterwards.

Maybe updates are a bit slower in comparison to the time spent in early access but updates are updates!

An example of a game that did it right is Starbound – Chucklefish is an amazing development team and they’re the example to follow when it comes to going in and out of early access.

They had Starbound in early access for almost three years which to me is a bit longer than what I think a game should spend in early access but they delivered on the promise – they fully released the game in July of 2016! 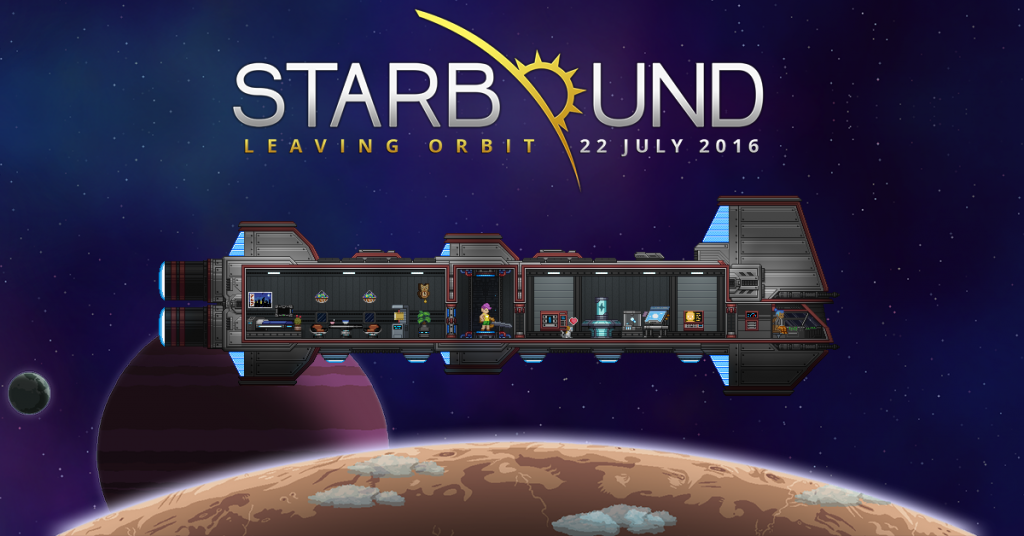 The game evolved completely and watching it grow to the game that it is today was a lot of fun to be apart of. I had followed this game for a long time and got in early when I saw that it was at a playable state.

Again, I think three years is a bit too long of a time for a game to be at an “alpha” or “beta” stage but as long as a team delivers on actually releasing the game then I suppose that it can be okay.

I think because of this the community has stuck around and the game has received good reviews. If a team follows suit and delivers on promises then I believe any game can go a long way.

I sure did with Conan Exiles. I bought that game a couple of days after it released as an early access title. The team has been pushing patch updates consistently and it hasn’t even been a week yet – I believe that the game can go far so why not support it?

I also made a bet with The Dead Linger and that game completely flopped… I even donated within the Kickstarter campaign and that was a bet that I completely lost at. I can’t imagine the feeling of being a donator that contributed $500 or more…

I’d like to see early access change a bit for the developer side. I don’t think that games in early access should have traditional Steam reviews because most people bash on a game simply because it’s at an alpha stage.

With that, it’s still good to hear other players before purchasing a game that’s in early access… I’m not sure how it would be changed optimally but I do believe that it should be changed a bit. Hearing other’s opinions on the title is extremely important!

So, do you get into games early on?

What changes, if any, would you make to the early access platform?