It’s time to review the Skytech Archangel II gaming PC. It has newer hardware compared to the older iteration, but does the power per dollar make sense? Is it worth getting over the other desktops on the market? Let’s find out!

I did a review of the original Skytech Archangel desktop a long while ago. This new version has been increasing in popularity just recently which boasts having newer hardware, but it’s also higher priced.

As always, I’ll be going over all of the hardware included with the Skytech Archangel II and share whether or not it’d be recommended for the price. 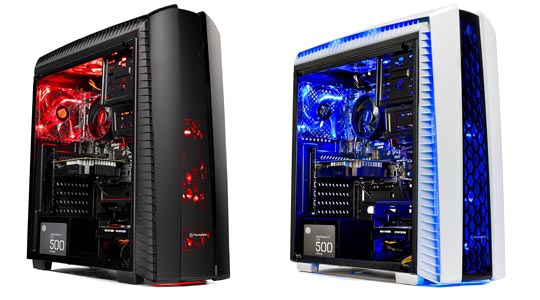 The processor and video card are the most important parts when you’re looking at a computer’s level of gaming performance. Other hardware is important as well but when it comes to the raw performance, the CPU and GPU is what does the heavy lifting in games.

The Ryzen series of processors are great for gaming as well as heavy processing tasks such as video editing.

This is because it is a 4-core processor with 8 threads. It’s able to process rendering tasks efficiently with having 8 threads.

The Ryzen 5 1400 specifically is right in the middle of the line up. It’s a great processor for high quality 1080p gaming and it’ll hold its own for design programs and what not.

In comparison to an Intel processor, it’s very similar to something like the i3-8100 with the main difference being the efficiency behind it for content creators. Streaming, video editing and rendering is going to be faster with the Ryzen 5 1400. 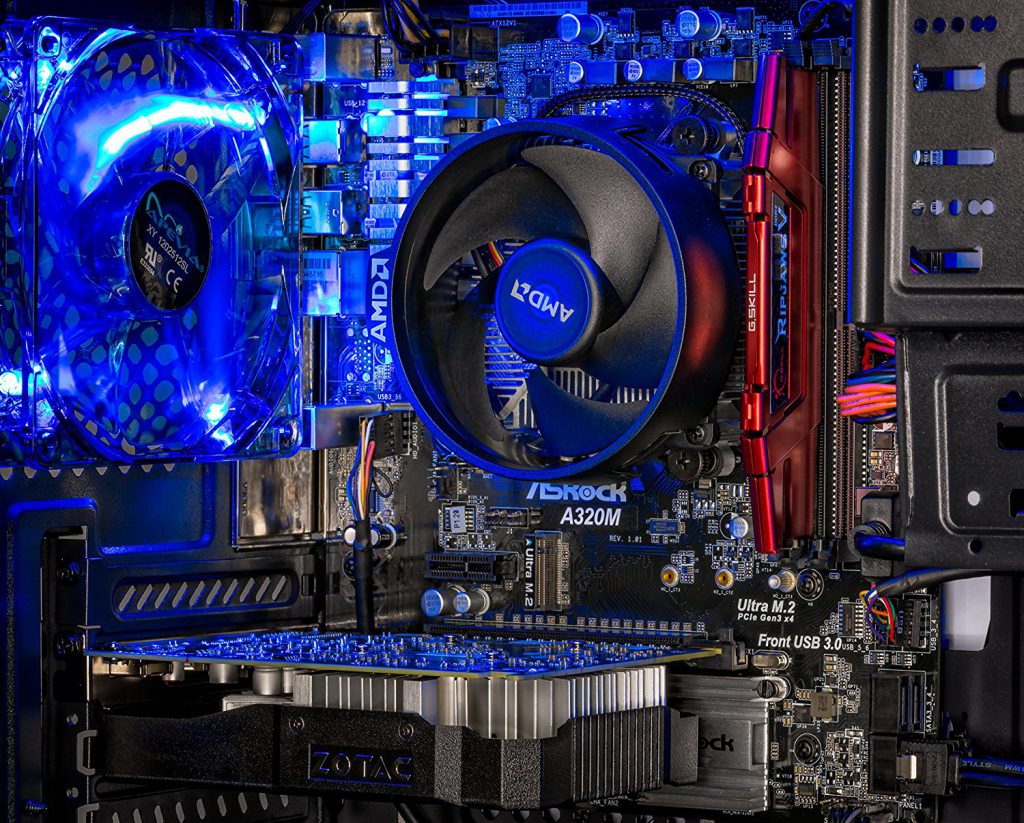 Combine that with the GTX 1050 Ti or the GTX 1060 and you’ve got a combo that will handle high frame rates with games at 1080p resolution.

If you’re looking to play titles such as Overwatch, Fortnite and CS:GO maxed out at 1080p then this is going to get it done.

For higher demanding titles such as PUBG or Far Cry 5 then you’ll want to tweak the graphics settings at high/medium to get a higher frame rate.

You shouldn’t expect to be able to play higher demanding VR titles or the far future of VR titles with this processor and video card though.

Keep in mind that there is plenty of room for upgrading and that the rest of the hardware inside is well suited for down the road!

Although the video card and processor are the most important parts to speculate the overall gaming performance of a desktop, you have to look at everything else that’s inside as well. 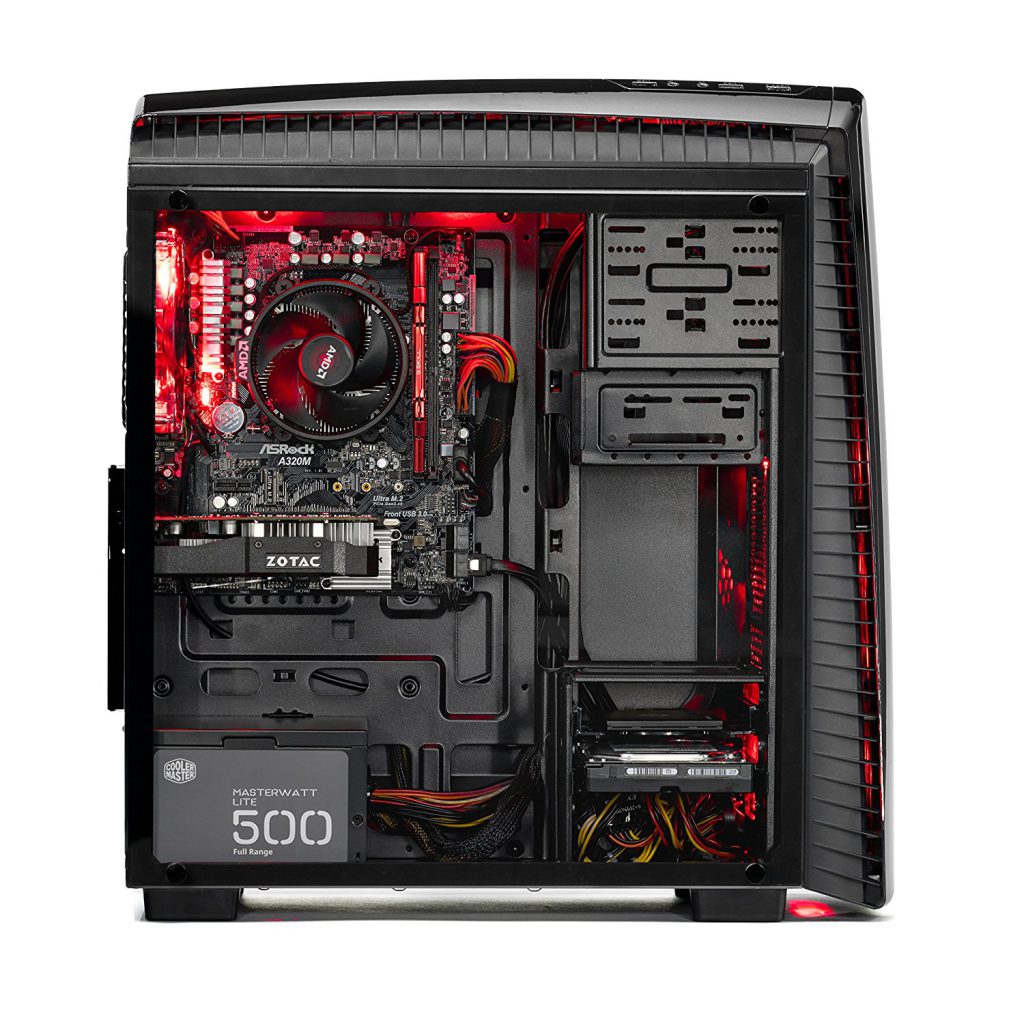 This also has 16GB of DDR4 RAM, a 1TB hard drive, a 500W power supply, an A320 motherboard, a wifi USB stick and a keyboard/mouse included.

16GB of DDR4 RAM is more than enough for the future. If you’re trying to have Discord running, have a YouTube video running while trying to run a higher demanding game then it’ll be best to have more than 8GB if you want a smoother experience.

A 1TB hard drive is going to be enough for a little while depending on what you plan on storing. It would have been nice to see a solid state drive included with this rig but there isn’t one. I’d highly recommend adding a SSD into the build at some point.

You’d want a SSD if you want faster boot times and for loading whatever is stored on it to go faster. There are ways to move Windows over to a SSD which has a slight learning curve but it’d definitely be worth doing in the end. 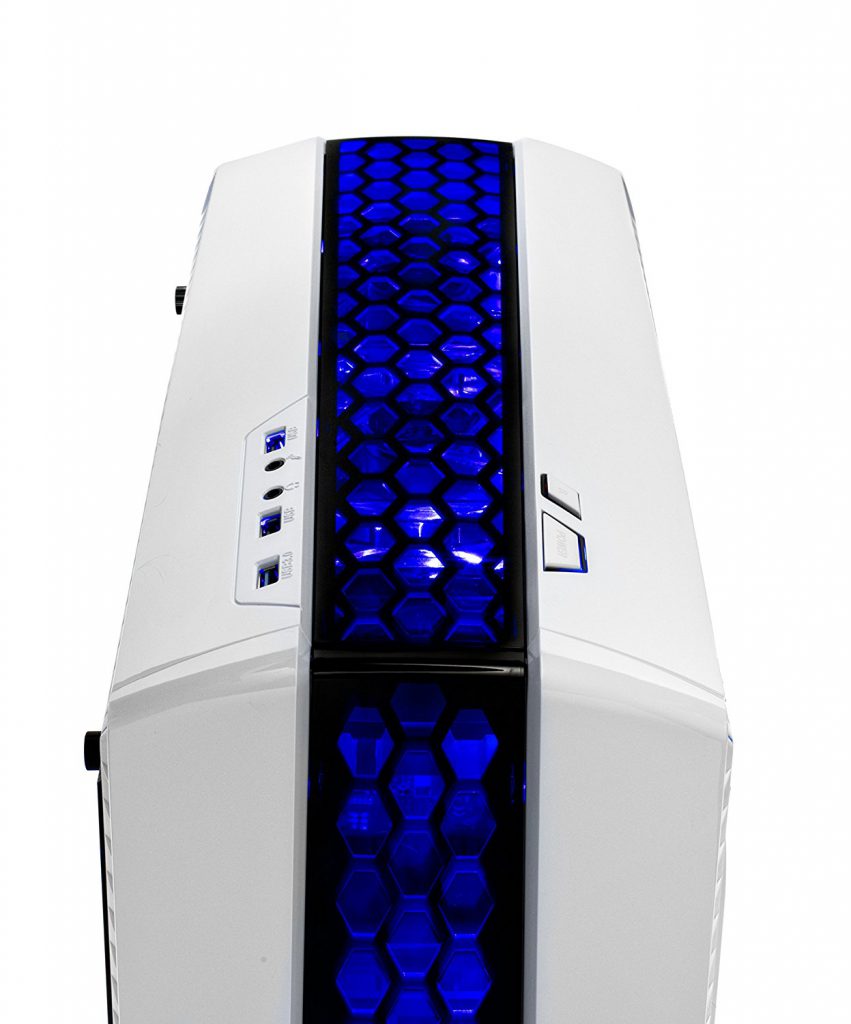 An A320 motherboard is good if you never plan on overclocking because there isn’t any overclocking support with this motherboard. This is unfortunate because all Ryzen processor are unlocked, they’re all able to be overclocked.

Overclocking isn’t entirely essential but it does help out for those looking for an extra boost from the processor without having to upgrade to something newer.

A USB wifi dongle will come with the PC which will be decent if you’re close to your router. You’ll want to go with an internal wireless network adapter or simply go with a direct connection via Ethernet if you want to have a more solid connection or if you want Bluetooth compatibility.

The keyboard and mouse that comes with is apparently pretty basic from what I’ve read up on customer reviews. Skytech does not have any info or pictures of what brand they are. You’ll most likely want to upgrade your peripherals sooner rather than later.

All of the specs add up to what you need for solid gaming performance at 1080p. Sure, a SSD could have been included for faster loading and a better keyboard/mouse combo would have been nice to see but you can’t go wrong with what’s included.

Now the question is… Is all of this hardware worth the asking price?

An Optimal Power Per Dollar Spent?

PC hardware has been overpriced for a while now so it makes complete sense to be looking at pre-built gaming desktops such as this one.

If you compare the pricing of how the hardware should actually be priced today, this PC is pretty overpriced. But in today’s world of hardware pricing… it’s not too bad for what comes with.

For example, if you went with a $900 PC build right now you’d definitely be able to have a better CPU, a motherboard that is compatible with overclocking and you might be able to fit a SSD into the budget depending on the market.

But that doesn’t include a keyboard/mouse or Windows pre-installed. You’d have to find some deals to keep the price point down but the performance difference – in my opinion – would be worth it.

It comes down to what you’re wanting to have. Do you want to build your own PC to have the real optimal power per dollar spent or would you rather have a build done for you that has what will get the job done?

What Are You Looking For?

I’d recommend checking out about Skytech as a company before venturing into getting this PC or deciding on a build of your own. The PCs that they put together are built with quality in mind and their computers don’t come with any bloatware. You’ll get what you pay for with Skytech.

They don’t hide anything about their rigs which is another reason why I really like these Skytech desktops. Hopefully this review helped you with deciding on whether or not to pick it up.

Don’t just take my word for it, there are plenty of customer reviews on Amazon that you should take a look at as well!

So, do you plan on getting the Skytech Archangel II?

Or are you leaning towards building your own gaming PC?